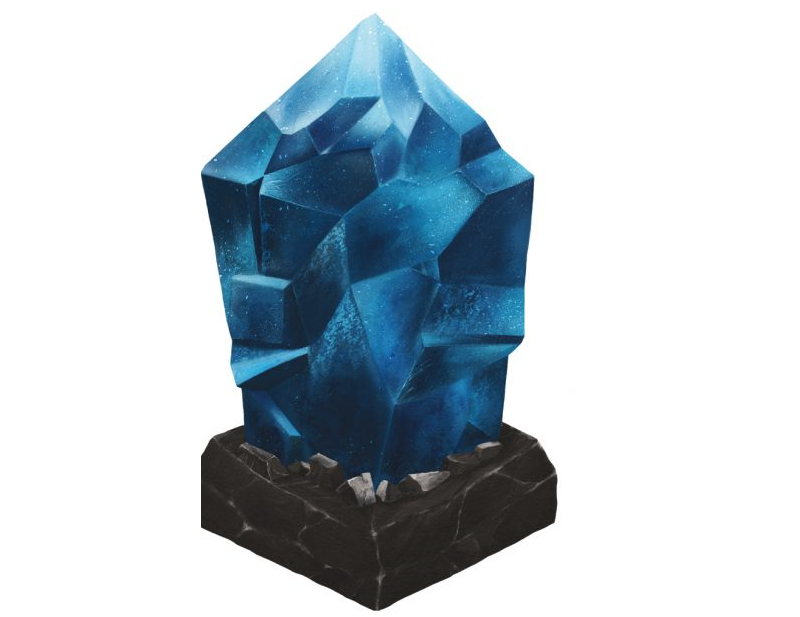 The team behind Lisk, the highly-publicized blockchain application development platform, has unveiled a long-term development roadmap for the project.

This roadmap, which the team calls “comprehensive,” includes various milestones and achievements the team wants to meet over the next several years.

Broken into 5 “phases,” the team provided press with this general development outline:

In addition to this list, developers provided a chart that shows a more detailed description of what each “phase” entails: 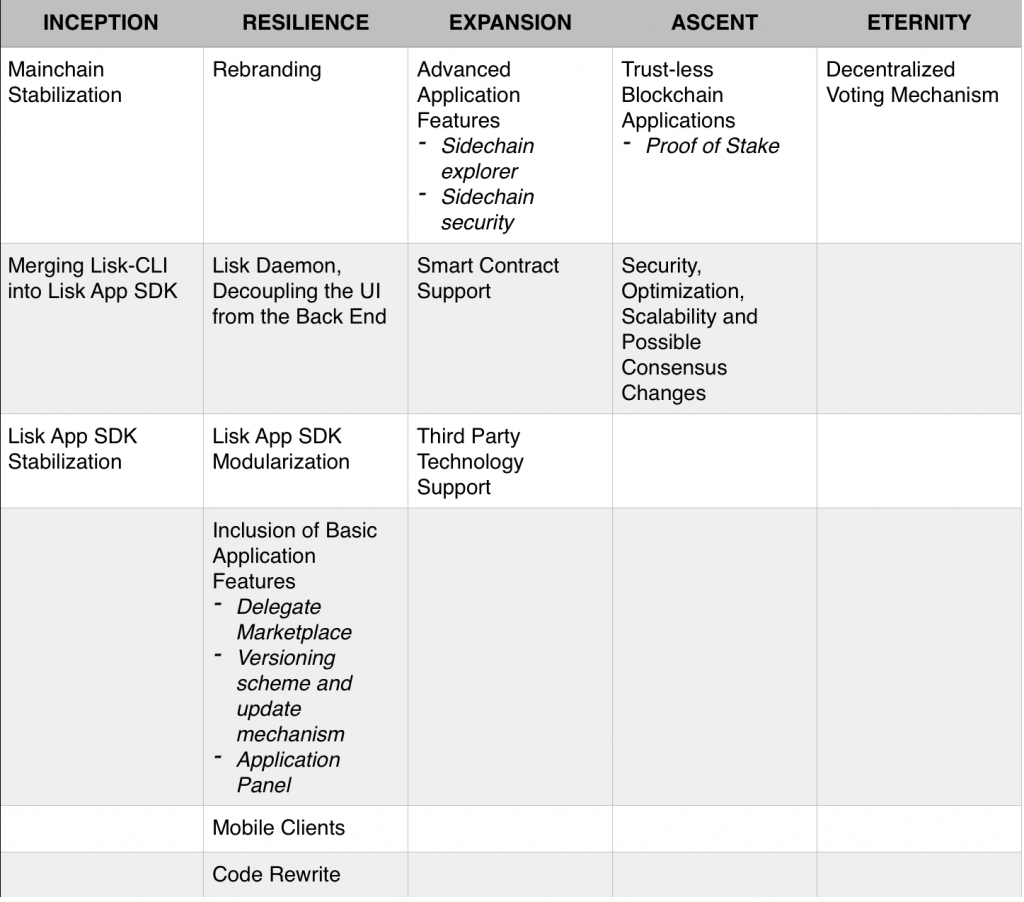 Oliver Beddows, the project’s Chief Technology Officer, told press, “the given plans are intended to be long-term, and we estimate that they will take at least a few years. Due to the dynamic nature of software development, we don’t want to forecast any dates or deadlines from now.”

“It should also be noted,” Beddows continued, “milestones within a phase might be worked on in parallel, and once we establish development speed through a constant release cycle, we will be in the position to give more accurate deadlines.”

Commenting on the length of the phases, Lisk founder and CEO Max Kordek told press, “Resilience is definitely the biggest phase of all, with a total of six major milestones, and is intended to set Lisk apart from any other cryptocurrency on the market.”

The team said that, following the “Resilience” phase, “Expansion” will give the platform a “final shape.” After which, “Ascent” and “Eternity” will deal with facilitating widespread use of the platform through business optimization and governance.

Developers told press that this roadmap is not set in stone, and that revisions may be released as they include new features and modifications to the project.

The Lisk project began in early 2016 as a blockchain application development project aimed at enabling developers from all programming backgrounds to build blockchain-based applications.

Based on Java, one of the most popular programming languages in the world, the platform claims to eliminate much of the learning curve involved with blockchain development — which previously required programmers to learn project-specific languages, such as Ethereum’s “Solidity.”

During the platform’s May 24 launch, Kordek told press, “Lisk is utterly unique. There is no public cryptocurrency platform which allows developers to easily deploy their own blockchain and build a JavaScript blockchain app on it.”

“This will give millions of developers the ability to create their own sidechains,” Kordek continued, “particularly around consumer applications, including games, social networks, and the Internet of Things.”

What do you think about the project’s plans for the future? Let us know in the comments below.