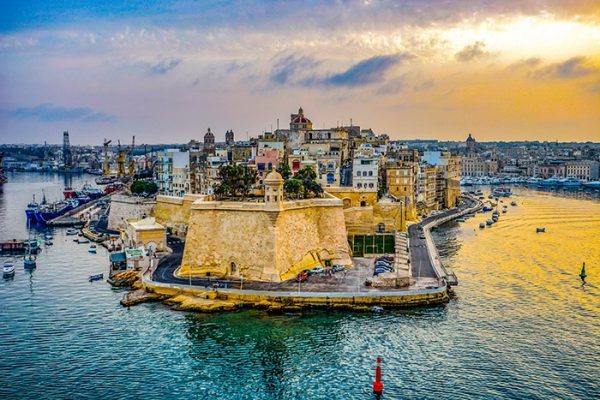 Here’s Why Malta Falls Short of Being ‘The Blockchain Island’

Everyone knows of Malta as the “Blockchain Island”. Yet, according to blockchain expert and consultant Steve Tendon, the tiny European country falls painfully short of the mark.

In a fascinating and brutally honest article about the birth of the blockchain island concept, Tendon claims that Malta completely “missed the point” of the power of cryptocurrencies.

The opportunity of shifting services to the digital realm was “lost” by forcing companies to put down a physical presence on its shores.

Where is the #blockchain #island? #malta?

It is not what you think it is

The real Blockchain Island is in the #cryptosphere

Where #bitcoin meets the #usd

Where the real #cryptoeconomy meets the #real #economy. https://t.co/edXpVBE5R3

Will the Real Blockchain Island Please Stand Up!?

You may not have come across his name before, but Tendon is an avid advocate of cryptocurrencies and blockchain technology as well as a consultant for their implementation.

He’s the man who coined that ever-so-catchy (yet misunderstood) phrase for Malta as the “blockchain island”. He was also an integral part of the Malta Blockchain Task Force that advised the Prime Minister’s office on the country’s blockchain strategy.

When I first spoke with Tendon, he was contagiously enthusiastic about the potential of cryptocurrencies to change the world–and the progressive, world-first work that tiny Malta was doing.

#blockchain #island #malta… where there is #innovation in #regulation for #crypto #fintech #technology #daos #smartcontracts https://t.co/04j9y3YAjH

But after seeing the country fall into the trap of following its existing model for success (setting up new laws to create a favorable legal framework to attract direct foreign investment and make companies set up a physical presence on the island), Tendon became disengaged.

Truly encapsulates the “blockchain island” problem: a situation of extreme isolation and an urgent need to forge connections — connections which are not rooted in the constraints of geography, space, and physical resources.

What the Blockchain Island Is Really About

Tendon says that the plan behind making Malta the blockchain island was to create an entirely virtual jurisdiction. This could then serve to connect cryptocurrencies and blockchain technologies to the rest of the global financial system. However, this was “a bold move which Malta was ultimately unwilling to take.”

Cryptocurrencies don’t just offer multiple advantages when it comes to sending cross-border payments, peer-to-peer transfers or reducing fees. That, he argues, is just scratching the surface.

Crypto technologies give us the power of tokenization. We can establish ownership of digital rights and fractional ownership. We can obtain the digital identity management of both people and objects. And we can automate an untold number of tasks across organizational and jurisdictional boundaries.

The advantages of these technologies are too compelling to ignore. Yet the unique potential of blockchain and cryptocurrencies is also proving its downfall: they’re so different from everything that’s come before that no-one can agree on how to integrate them with our existing economic, technological, and legal systems.

Connecting the Crypto-Economy to the Real-Economy

Tendon believes that we will only realize the benefits of crypto-technologies through mass adoption, major network effects, and by connecting crypto with the wider economy.

We need to find a way to connect the crypto-economy to the real-economy mainland. That’s the core of the Blockchain Island vision, and it also provides a hint at who is best placed to provide the solution.

The article explains how Malta and the Marshall Islands share a few similar constraints and challenges. They are both small islands with limited physical space and virtually no natural resources.

Malta has been particularly astute when it comes to boosting its economy. Since it has no real physical economy, the island turned to regulatory services. It quickly saw tremendous success in areas like financial services and iGaming.

Tendon believed that blockchain would be a natural extension of Malta’s innovative approach, especially since when it comes to crypto, “landmass and natural resources are no longer relevant.” Even the tiniest country could become a world player in a virtual space.

He believed that Malta would be the first to bridge blockchain technologies with the mainland economy. But he laments, “in stressing the physicality of Malta, this branding missed the point.”

The country’s insistence on crypto companies setting up a physical presence here is entirely unsustainable. It’s a constant drain on the island’s limited resources. Malta may be seeing some success now, but Tendon poses the question–for how long?

It will soon become heavily overpopulated with a searing housing crisis, an insufficient infrastructure, and a diminishing quality of life for its people.

Ultimately, Malta stuck to this plan of requiring crypto and blockchain businesses to set up a physical presence on the ground. The idea of becoming a dominant player in the fully virtual crypto-sphere has been lost.

Malta’s branding has propelled it to the spotlight among the likes of Silicon Valley and Switzerland’s Crypto Valley. Yet, Tendon argues that it is little more than a marketing exercise to attract blockchain businesses.

The Marshall Islands, on the other hand, truly understands the pressing need for sustainability. Like Malta, it is small and hampered by constraints. Unlike Malta, it is geographically dispersed and almost entirely isolated. The country is a six-hour flight from Hawaii and seven hours from Manila.

Its average elevation above sea level is just two meters. The Marshall Islands is at severe risk of disappearing–covered over by rising ocean levels.

I wanna tattoo this number to my forehead: Marshall Islands as a nation actually contributes 0.00001% of the world’s global emissions. And yet we are the ones set to disappear first #adaptourworld #1point5 #wearenotdrowningwearefighting https://t.co/V1r2qAdHnq

It’s also had its (un)fair share of nuclear testing from the United States. U.S. funding (in exchange for this testing and keeping a portion of its anti-missile defense system here) ends in 2023. U.S. aid currently makes up 30% of the Islands’ GDP.

It is challenged economically, environmentally, and geographically. Not only that, but it risks multiple threats to its existence, and suffers the ongoing health effects of nuclear testing on Bikini Atoll.

For 12 years, the U.S. tested 67 nuclear bombs in the Marshall Islands. 23 of them were on a place in the MI called Bikini Atoll. The largest bomb on BA was 1000x bigger than the one we dropped on Hiroshima. @mpbeerco NAMED THEIR BEER Bikini Atoll.

Malta is an island, but RMI truly encapsulates the “blockchain island” problem: a situation of extreme isolation and an urgent need to forge connections — connections which are not rooted in the constraints of geography, space, and physical resources.

Tendon goes on to say that the Marshall Islands’ cryptocurrency will go far beyond digitizing fiat currency. It is based on blockchain technology yet will also be legal tender–essentially a crypto-fiat-currency that could bridge the two economies at last.

This could create huge value for the Marshall Islands.

The sheer volume of the real economy will provide the network effect that will bring crypto-technologies to the masses, through the SOV.

This will give the RMI a tool to fight against its looming economic and environmental crises. But it will also provide sustainability and allow its citizens to preserve their digital identities long after their physical shores have been washed away.

So who do you think wins the title of ‘The Blockchain Island’? Add your thoughts below!