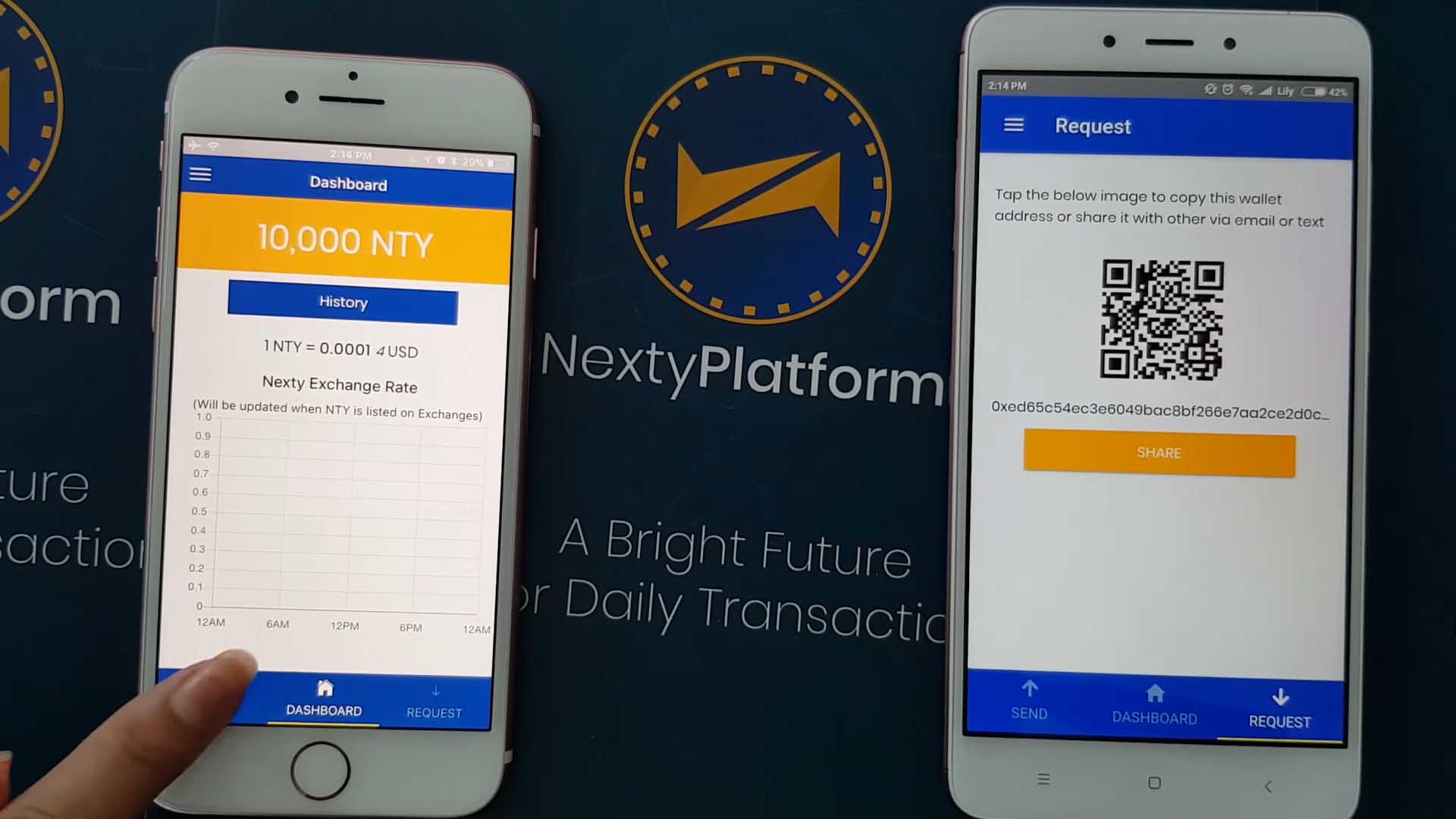 The emergence of cryptocurrency has opened new vistas for the fintech industry. However, issues of high transaction fees, delays in completing coin transfers, as well as wild price swings continue to plague the emerging cryptocurrency landscape. Nexty is a blockchain platform that promises instant transfers at zero fees and smart staking to hedge against the volatility of cryptocurrencies.

Blockchain technology promises a world of high-speed transactions at minimal without having to rely on a third-party intermediary. However, the reality most times is usually one of significantly high transaction fees as well as longer wait times for the completion of transactions. For example, according to Bitinfocharts.com, the transaction on the Ethereum network rose to $5.50.

Problems due to scalability cause transaction delays once the number of users of a blockchain network increase beyond a certain point. To solve this issue, Nexty has developed a breakthrough algorithm that utilizes Dual Cryptocurrency Confirmation System (DCCS) and Proof of Foundation (PoF) protocol to prevent transaction spamming, making it easy to set fees to zero.

Nexty’s tokenomics leverage two cryptocurrencies – Nexty Coin (NTY) and Nexty Foundation (NTF) operating in tandem within a blockchain ecosystem. NTY is the native coin while NTF facilitates the confirmation of transactions (like ‘gas’ in the Ethereum blockchain).

Users carry out transactions on the Nexty blockchain using the primary NTY tokens paying zero fees in the process. To ensure the zero-fee feature, NTF holders are rewarded with a bonus after the completion of each sealing round. Hence, transaction confirmation bonus is no longer per transaction but per sealing round.

In the Nexty paradigm, transactions proceed instantaneously while “mining rewards” are pooled into the sealing round which takes between 30 to 360 minutes. The bonus is generated via a Proof of Foundation (PoF) algorithm.

Another significant problem in the emerging cryptocurrency-based fintech ecosystem is the volatility of virtual coin prices. Wild price swings are a common theme in the industry, and they can have devastating consequences for investors when the price trajectory is in the negative direction.

Volatility can have negative consequences for Initial Coin Offerings (ICOs). Cryptocurrency startups raise money via ICOs by selling their tokens in exchange for either Bitcoin or Ethereum. In the time between the end of the crowdsale and the start of development work on the project, the value of those coins can sometimes decline by a considerable amount. Such a situation tends to put project teams under an enormous amount of pressure. ICO investors aren’t left out as the ICO tokens can also become devalued over time.

To solve this problem, Nexty has developed two features – Smart Staking and Smart Holding. Smart Staking helps to control token prices by incentivizing NTY token holders to sell, buy, or hold NTY depending on the balance between demand and supply. The total NTY Smart Staking pool is limited to 54 billion tokens.

To account for the limited pool, Nexty also developed the Smart Holding feature which allows NTY holders to gain ICO tokens running on the Nexty blockchain. By holding NTY tokens, users can prevent the flooding of the market, thus creating a favorable supply-demand equilibrium.

To qualify as an NTY holder, users must own a minimum of 1 million NTY tokens for not less than three months. NTY holders enjoy many benefits which include voting powers, 10 percent airdrop of ICO tokens hosted on the Nexty platform, discounts from platform-certified merchants, etc.

NTY tokenomics is mainly based on the incentive framework that produces benefits for holding the tokens. With more ICOs being hosted on the platform, NTY token holders will increase exponentially which will cause the NTY token price to grow in value.

Apart from ICOs, ecommerce merchants will also find the Nexty platform to be more amenable to their business process. Instant and zero-fee transactions mean that they no longer have to worry about volatile coins negatively impacting their bottom-line.

Nexty is also developing its online store as well as its enterprise software as a service (SaaS) solution. Twenty percent of the profits from these ventures will put into NTY token burns to regulate the supply of the tokens.

What are your thoughts on the Nexty platform and its Proof of Foundation (PoF) algorithm? Let us know in the comments below.