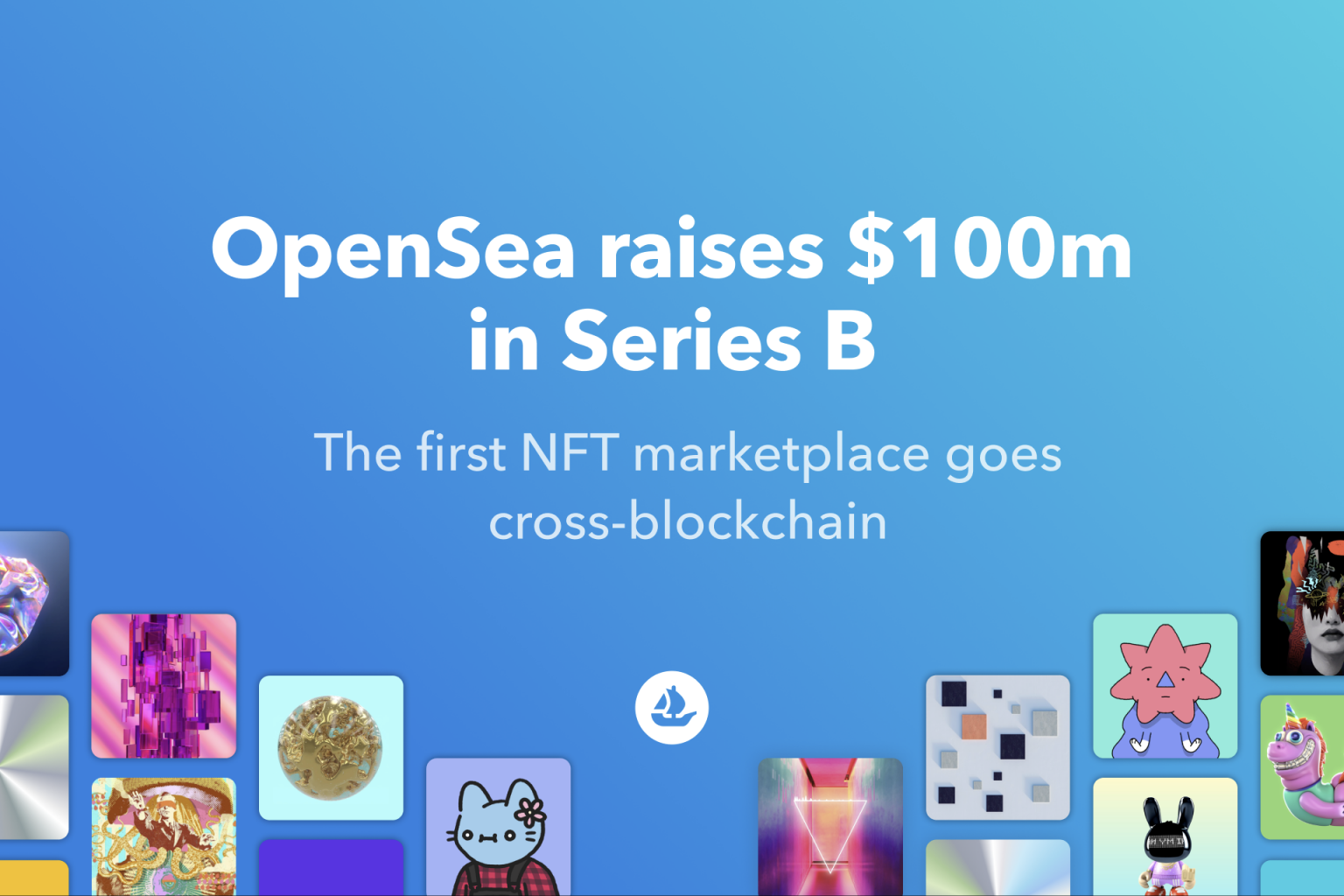 Popular NFT marketplace OpenSea has announced that the platform has raised $100 millon in a Series B funding round.

OpenSea is one of the biggest and most popular platforms for selling, buying, and trading NFTs. The marketplace has raised $100 million in a Series B funding round led by Andreessen Horowitz, a venture capitalist firm.

Thanks to this financial round, the platform is now part of the blockchain unicorns. At the moment, the company’s valuation stands at around $1.5 billion.

OpenSea says in the press release:

At OpenSea, we believe NFTs are emerging as one of the first consumer-oriented killer applications for blockchains. NFTs are a simple primitive for digital goods (think digital art, game items, domain names, and more) with brand new properties: they’re unique, provably scarce, liquid, user-owned, and usable across multiple applications.

OpenSea has also announced cross-blockchain support, and that the marketplace now supports the Polygon blockchain.

While the traditional Ethereum-based blockchains need gas fees (or simply, transaction fees) to run, that isn’t the case with Polygon‘s network.

OpenSea buyers no longer need to pay any fees when transacting NFTs, thanks to the faster and more efficient Polygon blockchain. The marketplace explains:

Today we’re officially announcing cross-blockchain support, starting with a gas-free marketplace on the Polygon blockchain. Buyers no longer have to pay blockchain fees when making trades on OpenSea, and creators can fully earn their way into crypto for the first time.

OpenSea’s funding round comes after a few other NFT marketplaces have already raised millions in funding. Not too long ago, Rarible also announced that the firm has raised around $14 million.

The non-fungible token market crashed 90% back in May, but has since started to slowly recover. At its peak, the weekly trading volume was around $176 million, while today it is around $55 million.

While the crash made some people think the bubble has popped, fundings like OpenSea’s only suggest that the technology has a bright future ahead.

Incidentally, the NFT market crash happened in tandem with the crypto crash, where Bitcoin‘s value dropped 50%.

At the time of writing, BTC’s price is around $32k, up 1% in the last 7 days. Here is a chart showing the trend in the crypto’s price: 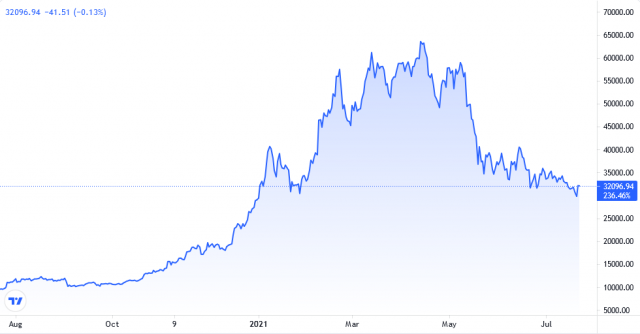