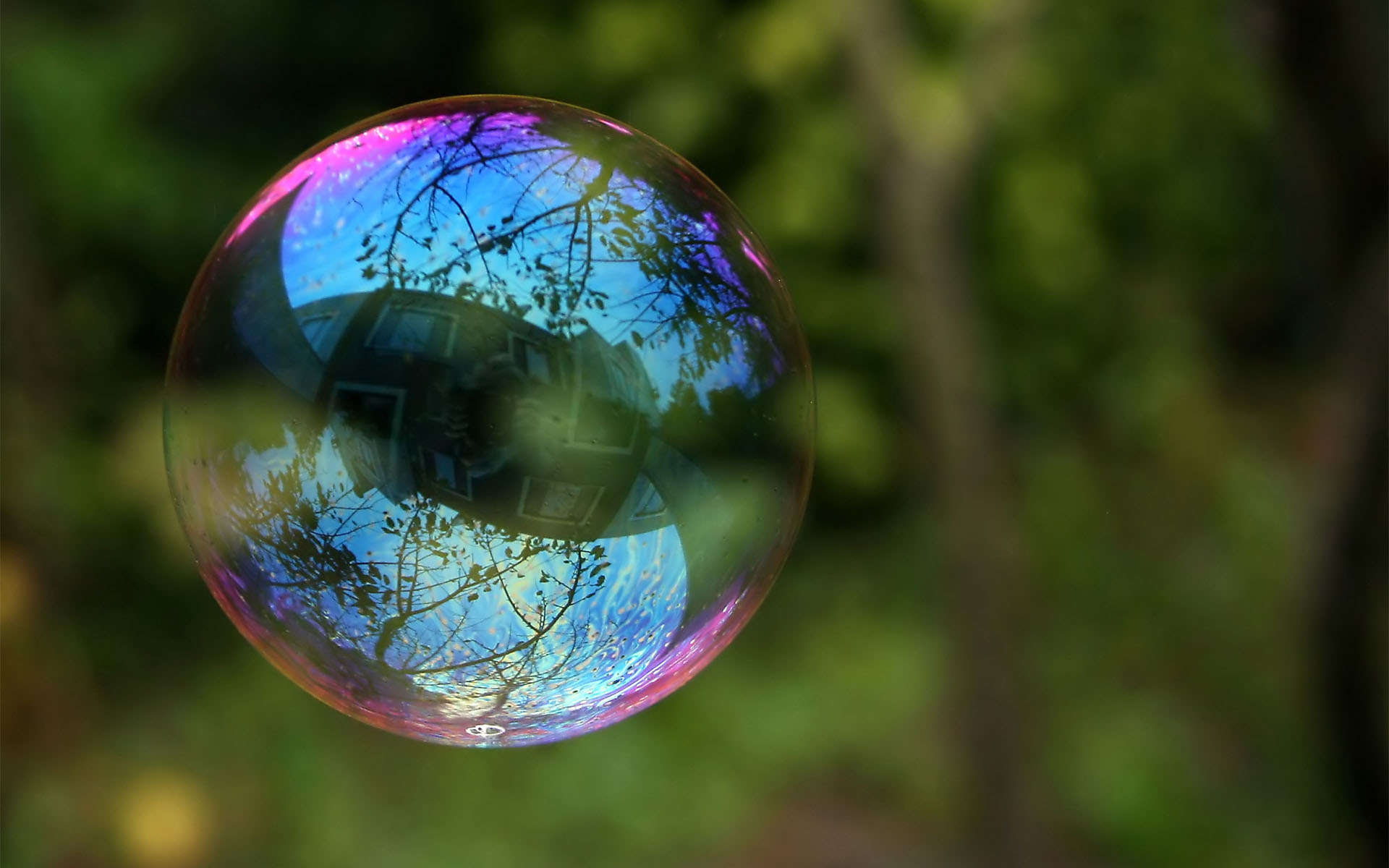 Oi, Schiller! That’s Not a Bubble – This is a Bubble

In a recent interview, Nobel-prize winning economist, Robert Schiller, described bitcoin as the best current example of a bubble. However, the man who literally wrote the book on “Irrational Exuberance” also admitted that he hadn’t heard of ICOs.

Schiller has been calling out bitcoin as a bubble for a long time now, describing it as “an amazing example” back in January 2014. And he has form, having predicted the housing bubble back in 2003, years before it finally blew up.

He states that one of the aspects which can create a bubble is the excitement around it. Something which of course, Bitcoin has in spades. In his view:

Big things happen if someone invents the right story and promulgates it.

Tell Me a Story

You already know the story. The one with the shadowy near-mythical creator figure. The concept so simple, yet so clever that it cannot be controlled by the authorities.

Schiller argues that there is a “fundamental deep angst of our digitization and computers”, and that Bitcoin offers a sense of empowerment in the face of all that. A compelling story leads to great excitement. 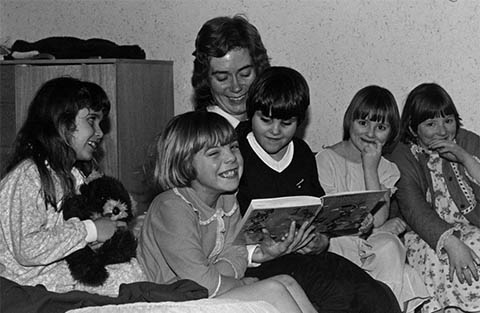 But Excitement Alone Does Not a Bubble Make

True, a bubble requires a bit more than just that. Thankfully there is a handy checklist:

Hang on, but what if this genuinely is a new era? Wouldn’t we get a very similar checklist then?

Well That’s Just What You Would Say!

Is it? Well, I’m not the only one throwing doubt on bitcoin being a bubble. Bra Baroness Michelle Mone is saying the same thing, although she is trying to flog a bunch of real-estate in Dubai for bitcoin, so maybe she’s biased?

What about this guy?

The real #crypto bubble will occur when we are well into the trillions. Effects will be felt on a 🌏 macro scale. We won't be close for years

This graph of historic bubbles and their bursting shows that bitcoin isn’t conforming to the classic timescale at least. Maybe this indicates that it actually is a “New Era”, or perhaps we are just living in a hyper-bubble? 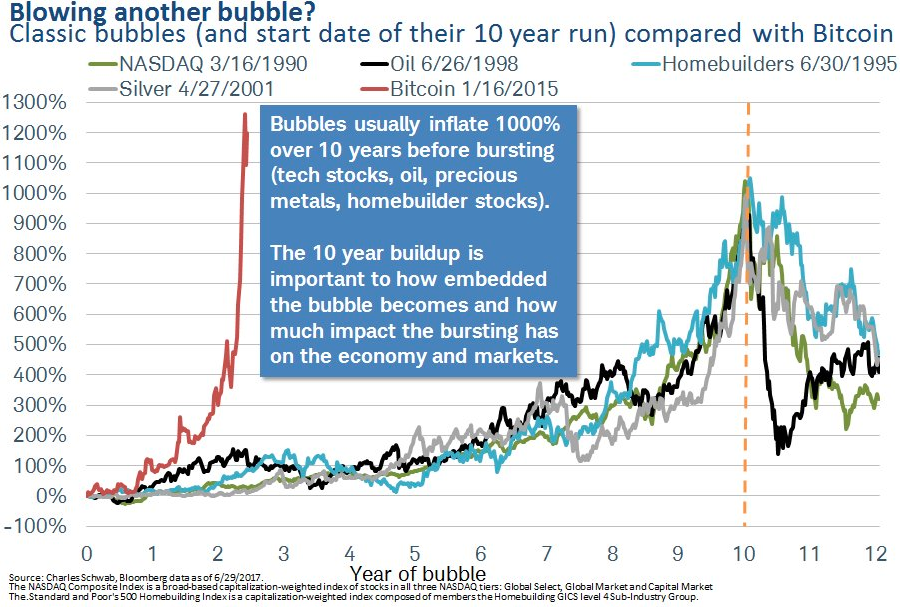 But I Wanna Burst Something!

Well the one part of the Robert Schiller interview that hasn’t garnered much attention, is the bit at the end. He is asked if he knows about initial coin offerings, to which he replies that he doesn’t.

After having them explained to him, he declares that “that’s a classic bubble”. I completely agree with him, as do many governments if you’ve been following recent news of their imminent regulation.

Bitcoin may be a bubble, but as an optimist, I’m inclined to believe otherwise. However, I think ICOs are certainly a bubble within the industry and one which is due to burst long beforehand. Hopefully, when they come back regulated, they will further strengthen crypto-currency in general.

Because it’s only a bubble if it’s not sustainable. As I’m sure Mr. Schiller would agree.

What do you think? Is Bitcoin a bubble? Is Mr. Schiller speaking of things he has too little knowledge of? Let us know in the comments below.