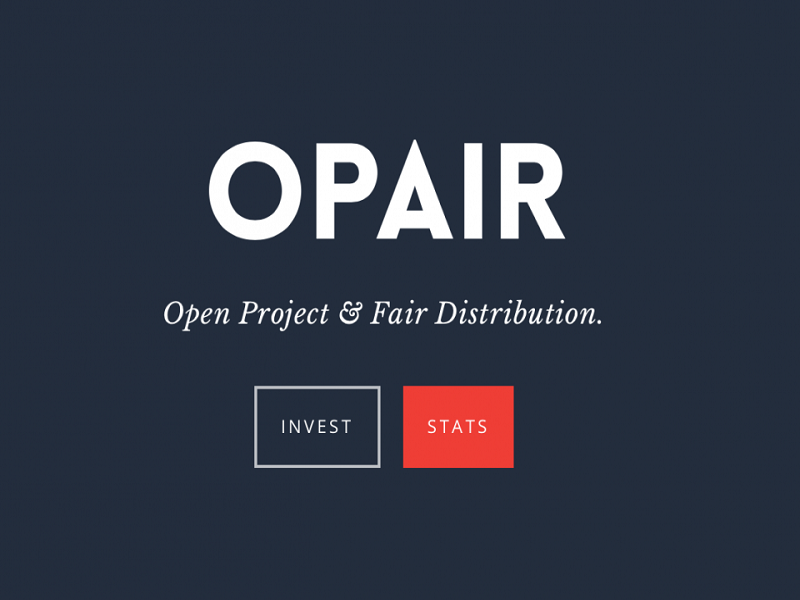 Opair, the “Open and Fair” cryptocurrency platform, has now opened the ICO for its token, XPO.

Founded by Frank H. Rettig, Opair aims to be a cryptocurrency as well as a platform for crowdfunding, Colored Coins, “decentralized debit cards,” private chains, smart contracts, and reputation.

The development team says this project is inspired by Bitcoin and Ethereum. Like them, Opair is open source, and “built from scratch.”

Although its white paper is still in progress the Opair team has provided the following technical specifications for the XPO token:

Developers say the full white paper will be released before the launch of the coin’s “main net.”

Wallets will be made available after the ICO, according to developers, and the team is currently working to add XPO trading support to Bittrex, BTC38 and Poloniex.

Developers say they need at least 700 BTC to properly fund what they call an “elaborate” roadmap.

Opair Project is a decentralized cryptocurrency platform that believes in an open and fair offering of cryptocurrency solutions. Opair is founded by Frank H. Rettig who has over 20 years of experience in IT sector with proficiency in a range of platforms and programming languages. Working alongside Frank are Hao Wang as Opair Core Developer and Wasserman99 as Marketing Director.