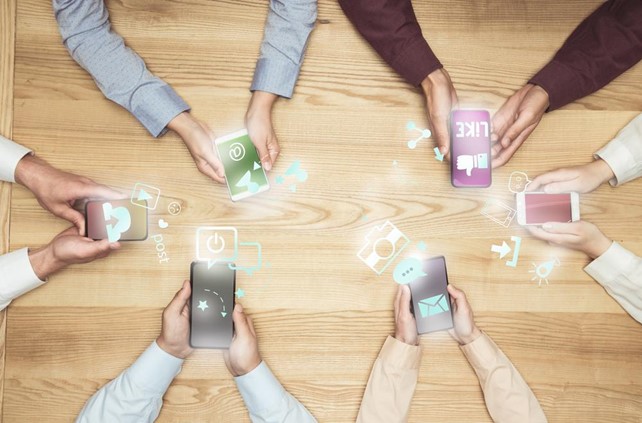 Democracy has been a hot topic for the last few years.  For some, it’s a right that is appreciated and cherished.  For others, it is a dream they someday hope to experience.  In the US, there is growing unrest that “democracy” can take many forms, and the current one doesn’t actually represent the people.  This may seem contradictory at first, but America is a representative democracy, not a direct democracy.  For an office as important as the Presidency, this means that voters elect representatives, who then select (in a not well-understood way) the electoral college, who then selects the winning candidate.  This is the same process used for a very long time, but was set up because direct voting was complicated two centuries ago; ironically, today direct voting is arguably much more simple than the several layers of representatives.  And given that in the last few decades there have been several incidents where the electoral college did not represent the popular vote, this has left a sour taste for a society that considers voting a basic right.

This isn’t an essay on the American voting system.  But it is a prime example of what can happen when the community loses—or even feels like it loses—its right to have a voice.  There are books to be written on the “democratic unrest” issue; however, one of the biggest takeaways is simply that technology is able to set up a democracy where everyone has a vote, everyone has a say, and anyone can propose an idea.  When we have the technology for something important, and we don’t use it, unrest is sure to follow.

The same feeling of wanting a voice, and wanting a place at the table, is becoming part of our global culture.  There is more and more a feeling of frustration with company leadership making unpopular decisions that take advantage of the community.  With billionaires going to space while their employees can’t take a bathroom break, the tension between leaders and their communities is growing.

It’s no wonder that with a decentralized organization, there is a massive appeal to the rise of blockchain projects and their focus on transparency, equality, and having a voice; not just in their company mission statements, but in the very fabric of the blockchain structure.

Heart of the Decentralized Platform:  The DAO

This decentralized fabric at the heart of many blockchain projects is the DAO:  The Decentralized Autonomous Organization.  The process to join the DAO is, in most cases, simple.  Users who purchase tokens on the chain and stake them (agree to hold them for a certain amount of time) gain access to the DAO in proportion to the amount of staking (more tokens for a longer amount of time is better).  This allows members to vote on governance decisions, and also allows them to propose new ideas.  These ideas vary widely and can include proposals such as how the treasury tokens are spent on new projects, a decision to evict a bad actor or a decision to mint more tokens.   Each DAO is slightly different from blockchain to the blockchain, but the overall structure and purpose are the same.

Contrast this level of direct democracy with a traditional public company.  Yes, with a publicly-traded company you may have shares that allow you to be a part of meetings, allow you to vote, and may even allow you to speak.  However, unless someone is one of the few stakeholders with the majority of shares, this voice is nearly always ornamental.  In addition, these companies are primarily controlled by a board of directors, the CEO, and other top-level leaders who will make their own decisions and only need to please the few majority shareholders.  Whereas having a share of a company really means that you can sell that share, being part of the DAO in a blockchain offers a voice that is significantly louder.  Further, there is no annual shareholder meeting where you would have to travel in order to attend and long procedures to participate.  With a DAO it is virtual, it is accessible, and it is continuous.  In other words, it is democracy in its purest and most direct form.

(Even more) Power to the People

The DAO is a powerful structure that ensures a blockchain will evolve under the direction of its members.  However, some blockchain projects are taking this one step further, and are building in their own unique ways to bring power to the people.

Chingari is a short-form video platform that has been dubbed the “TikTok of India”.  There is a lot of competition in this market for the apps trying to attract top talent.  However, instead of the standard marketing models that highly favor the platform revenue, Chingari’s decentralized approach has been very clear that the creators are the focus of the platform.

Chingari is the stage and the toolbox that creators can use to interact with fans, create merchandise—including NFTs—to sell, and can offer personalized experiences for their fans should they choose to, setting the price for the interactions.  Chingari has also found new ways to use staking beyond governance.  The DAO is still a big part of the platform, but users can also stake tokens into a “creator pool”, essentially betting on their favorite creators and earning a share of the revenue as they become more popular.  The result?  The 85 million members who joined the platform over the last year have spoken.

Giving the marketing reins to the content creators is a novel idea for platforms, and only works as a business model when the goal of the platform is to be decentralized.  Another way this is done is by taking money that would be spent on advertising and rewarding users for their influencer habits.  Raiinmaker, with a unique algorithm called “Proof of Influence”, has made this the corner of their business model. For instance, the platform is teaming up with multimedia firm Cosmic Wire to create and sell six one-of-a-kind NFT’s from Banksy’s Sky Boot wall mural.  Normally the firm would pay for traditional advertising ahead of the sale, but the Raiinmaker twist is that members of the Raiinmaker community will spread the word to their social media circles.  Instead of spending money on standard advertising, the platform will take the budget ($100,000 in this case), and use their Proof of Influence algorithm to see how well its users have spread the word.  Based on how effective each user is, they will get a portion of the $100k for their efforts.

Raiinmaker’s philosophy is simple.  The people are going to share what they are passionate about, and their sharing has more impact than ads; why not cut out the middleman and give the power (and money) to the people?

It is a surreal time in our history right now, with traditional democracy being questioned as favoring some over others, or at times failing in its representation of the people.  At the same time, it is fascinating to see that through this unrest is a solution that directly addresses the heart of the issue—decentralization through blockchain technology.  It feels like this innovation has been developed at just the right time, and with teams such as Chingari and Raiinmaker, along with any project that leans into a true DAO, we will be able to see more and more reasons why decentralization can and does work.  Power to the people.