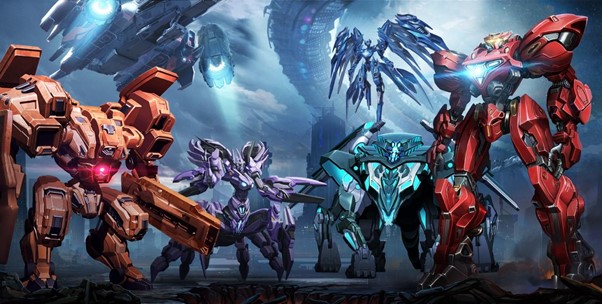 The Mech Master Initial DEX Offering (IDO) has just launched to offer the first of the interactive NFT game’s native $MECH to the market. The token sale was conducted via popular DeFi and gaming finance launchpads GameFi and Red Kite. Shortly after the IDO/IGO, the $MECH token was listed on PancakeSwap with a high of $1.05 (26x). At the time of writing, the $MECH token price is $0.49, drawing an ROI at 12x for our early supporters.

Mech Master is a strategic, turn-based RPG built on the blockchain and based around customizable Mecha machines that must do battle with each other in order to protect their respective homelands. Players are incentivized with payouts and rewards for intelligent play, winning games, hosting tournaments, renting NFTs and even supporting other players’ battles.

Unique Mechas are assembled by the gamer and then pitted against others in a live battle arena. Mechas, and the moon-based territory upon which they are based, can also be swapped and traded for other unique variants via Mech Master’s gaming economy marketplace. $MECH tokens which are staked on the network automatically level up over time, increasing the base level of the Mechas and improving their battle-readiness.

In total, $100,000 worth of $MECH tokens were sold via Gamefi and Red Kite; the former platform has established itself as a one-stop-shop for all things associated with gaming finance, including a launchpad for new projects, a marketplace for in-game items, and a range of other features expected of a prominent blockchain gaming platform.

Red Kite, meanwhile, is a launchpad built on PolkaFoundry, and has sideways compatibility across a range of different networks allowing token holders to trade and interact across Ethereum, Binance Smart Chain, Polygon, and Polkadot. Projects launched via Red Kite are rigorously vetted for legitimacy and authenticity and are selected based on a high standard of innovation and creativity.

Mech Master has thus far secured collaboration or backing from a number of prominent investors in the cryptocurrency space, including AU21 Capital, Morningstar Ventures, Icetea Labs, and numerous others. The release’s complex 3D rendered game environment represents a first in the blockchain gaming space, which, until now, has been inundated with games bearing, to put it mildly, sub-par graphics.

A Bridge Between Blockchain and Gaming

With its improved graphical fidelity, coupled with its native gaming finance features, Mech Master bridges the gap between the mainstream gaming industry and that of the burgeoning blockchain and NFT space. Developed by a team of crypto, gaming and IT veterans, the release aims to emulate the success of other immersive gamefi projects such as Alien Worlds and Axie Infinity.

As the post-IDO roadmap progresses the Mech Master team welcomes any additional comments or questions from token holders and followers, who can reach out via official communication channels.