San Francisco Fed Head: Crypto Is Not A Currency

The head of the Federal Reserve Bank of San Francisco believes that crypto lacks the core features required to define them as a currency.

Late November and most of December last year saw both crypto cynics and enthusiasts wait with bated breath to see where Bitcoin’s price would soar to next. The latter group was not disappointed as the darling of the crypto world touched the $20k mark.

In all of the excitement, it might have been easy to momentarily forget one of the main reasons Bitcoin was developed: as a means to disrupt centralized monetary systems. It was also created as a way to easily transfer funds from one person to another.

This is a big reason that digital currencies as a whole are especially attractive to citizens in countries that cannot offer financial stability. This could be due to social unrest or more commonly, because of a tough political climate.

In countries like Zimbabwe, which is notorious for its volatile socio-political climate and high inflation, cryptocurrencies could provide the ideal solution. Another developing country, South Africa, continues to face political corruption and upheaval, and Bitcoin offers a beacon in the darkness of economic uncertainty.

However, John Williams believes that Bitcoin isn’t even a currency at all. According to Reuters, the current head of the Federal Reserve Bank of San Francisco has stated:

Cryptocurrency doesn’t pass the basic test of what a currency should be.

In typical traditional banker form, Williams added that a currency should be “basically something with a store of value”. They also need to be “elastic” in that they should be able to roll with the political and economic punches. 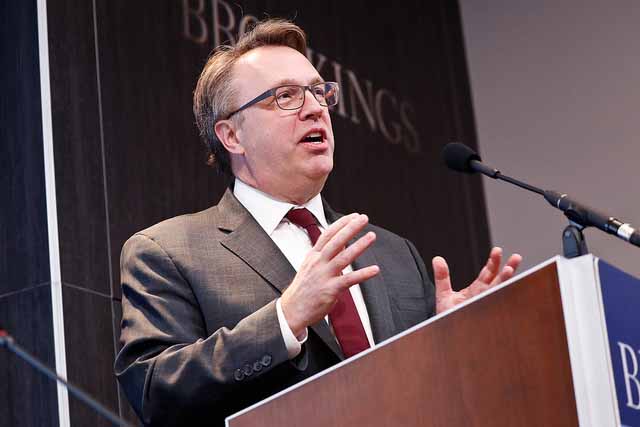 Williams, who is a frontrunner for the head of the Federal Reserve Bank of New York position continued:

The setup or institutional arrangement around Bitcoin and other cryptocurrencies, first of all they have problems with fraud, problems with money laundering, terror financing. There’s a lot of problems there.

Spoiler alert: fiat currencies have the same issues as these were problems before crypto was even developed.

William has however conceded that he is “very biased” about cryptocurrencies due to his traditional banking background. He added:

The idea of the supply of currency and thinking about currency really belongs more in the sphere of government and central banks. My view is it’s really more of a promise of technology.

Market wise, Bitcoin has been mostly staying in the green over the last few days. According to CoinMarketCap, it is currently trading at just under $8,800.

Do you think that cryptos should be defined as currencies?  Let us know in the comments below!