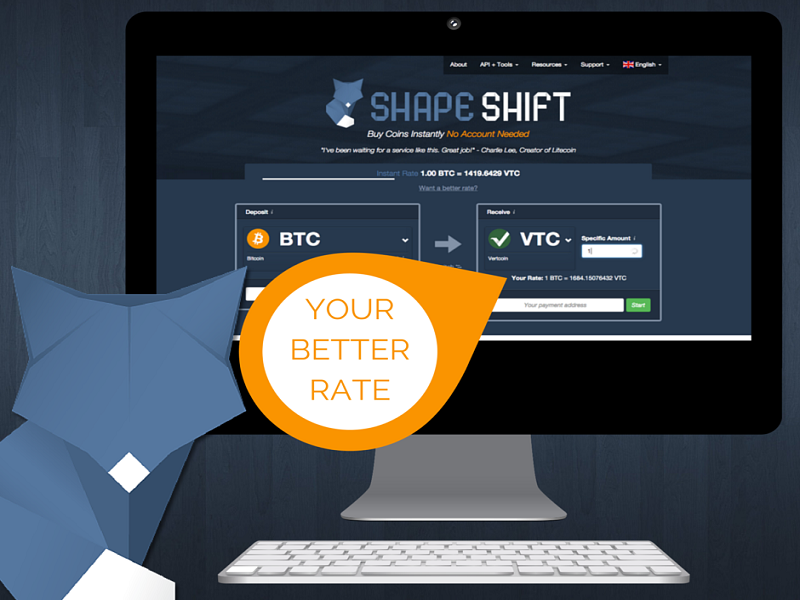 Shapeshift.io is the simplest, easiest and fastest crypto currency exchange in the ecosystem that allows for users to instantly trade their digital currencies without even having to register. ShapeShift is how all digital currency exchanges should work. From start to finish users can convert digital currencies in seconds, with no account required. ShapeShift has been building strategic partnerships throughout the Bitcoin and blockchain industry, including Coinomi, Purse.io, Tether, and a new merchant processing agreement reached recently with CoinPayments.net. Last week, the exchange added 3 new coins (Infinitecoin, Monacoin, and Vertcoin) to its trading Pair options. 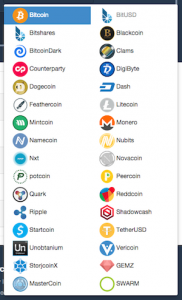 Now, ShapeShift made a new change that will certainly make its customers very happy. The exchange released a new pricing algorithm today; the new update will allow users to get access to better trading rates across over 700 trading pairs on the exchange.

Users will now be able to instantly trade the most popular digital assets such as Bitcoin, Ripple, Litecoin, Dash, Dogecoin, BitShares, NXT, and Counterparty at much better rates.

To take advantage of the superior rates, the user only needs to specify how much of the receiving asset he or she wishes to receive. The new rate is then calculated automatically and shown to the user.

“Our prior system wasn’t able to take into consideration the size of the user’s trade, so the price they received had a safety buffer that led to less competitive rates. Now, if the user opts to tell ShapeShift how much digital currency will be traded, a significantly better exchange rate will be provided.”

ShapeShift’s trading platform tried to introduce a new business model and re-imagined how a cryptocurrency exchange should work, forgoing traditional user accounts and deposit delays. This makes ShapeShift not only far faster for trading, but also greatly improves consumer protection, as funds are not at risk and the exchange itself is much less vulnerable to hackers.

The exchange has been unstoppable since the beginning of the current year and has been introducing new changes and adding new pairs at a constant rate. By offering users a completely free and new way of dealing their cryptocurrencies the exchange has been growing its user’s number at an enormous rate.

The platform already supports over 750 active trading pairs, making Shapeshift.io the exchange that counts more Trading Pairs than any other digital currency exchange in the industry.

Are you a Shapeshift.io customer? What’s your opinion about the exchange? Let us know in the comment section below!