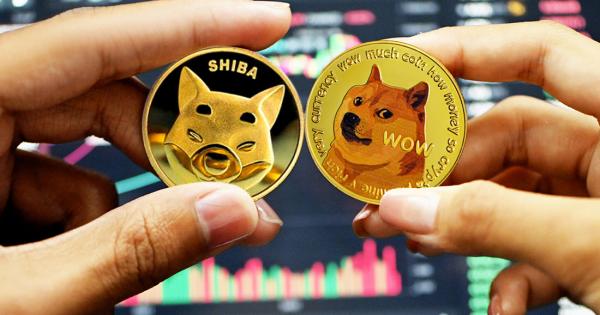 SHIB And DOGE On Cardano Network? Here’s Why You Should Be Careful

The popularity of Shiba Inu (SHIB) and Dogecoin (DOGE) has seen them bridged to other chains because of the demand. However, it has also led to a lot of scams that were either trying to play off of their success or downright copying them. The emergence of both meme coins on the Cardano blockchain has placed the community on high alert.

DOGE And SHIB On Cardano

Over the last day, users had detected that there were SHIB and DOGE tokens on the Cardano network. An established cryptocurrency debuting on a new network is nothing new but these tokens have all of the markings of a scam.

For a token like Dogecoin or Shiba Inu to legitimately appear on another blockchain, there would need to be a bridging address to the new contract, which none of these tokens have. Rather, they exist solely on the Cardano blockchain and look to have no affiliation to the original blockchains.

These tokens also look to be controlled by a handful of wallets, which raises red flags all around. There have been no official announcements from the original project handles of adding the Cardano network. So it is safe to assume that these are bad actors trying to take advantage of Cardano investors using the popularity of the meme coins.

Even now, others are replicating this and making up different variations of DOGE and SHIB on the Cardano network. Data from TapTools also shows SHIB as one of the top trending cryptocurrencies and it’s up more than 7,000% in the last 7 days.

Investors are advised to stay away from these projects as there is no telling if they can actually sell the tokens once purchased. There is currently only 69 ADA in the pool which is only a couple of dollars at this point.

So even though investors would see gains on their portfolio after buying such tokens, they might be unable to sell them, and the contract creators may just be losing to rug the tokens, leaving buyers with worthless bags.

Such scams are not limited to a single blockchain. In fact, 12 contracts are reportedly deployed every hour in a bid to try to scam investors. This is why it is important to carry out due diligence before investing in any project, regardless of what blockchain they are on.

Shiba Inu Partners Up With Travala To Launch Exclusive Offer

Elon Musk Looks Toward Leadership Change At Twitter, Will This Affect Dogecoin?

Elon Musk Tells Twitter Staff ‘Bankruptcy Not Out Of The Question’ – Will DOGE Be Affected?