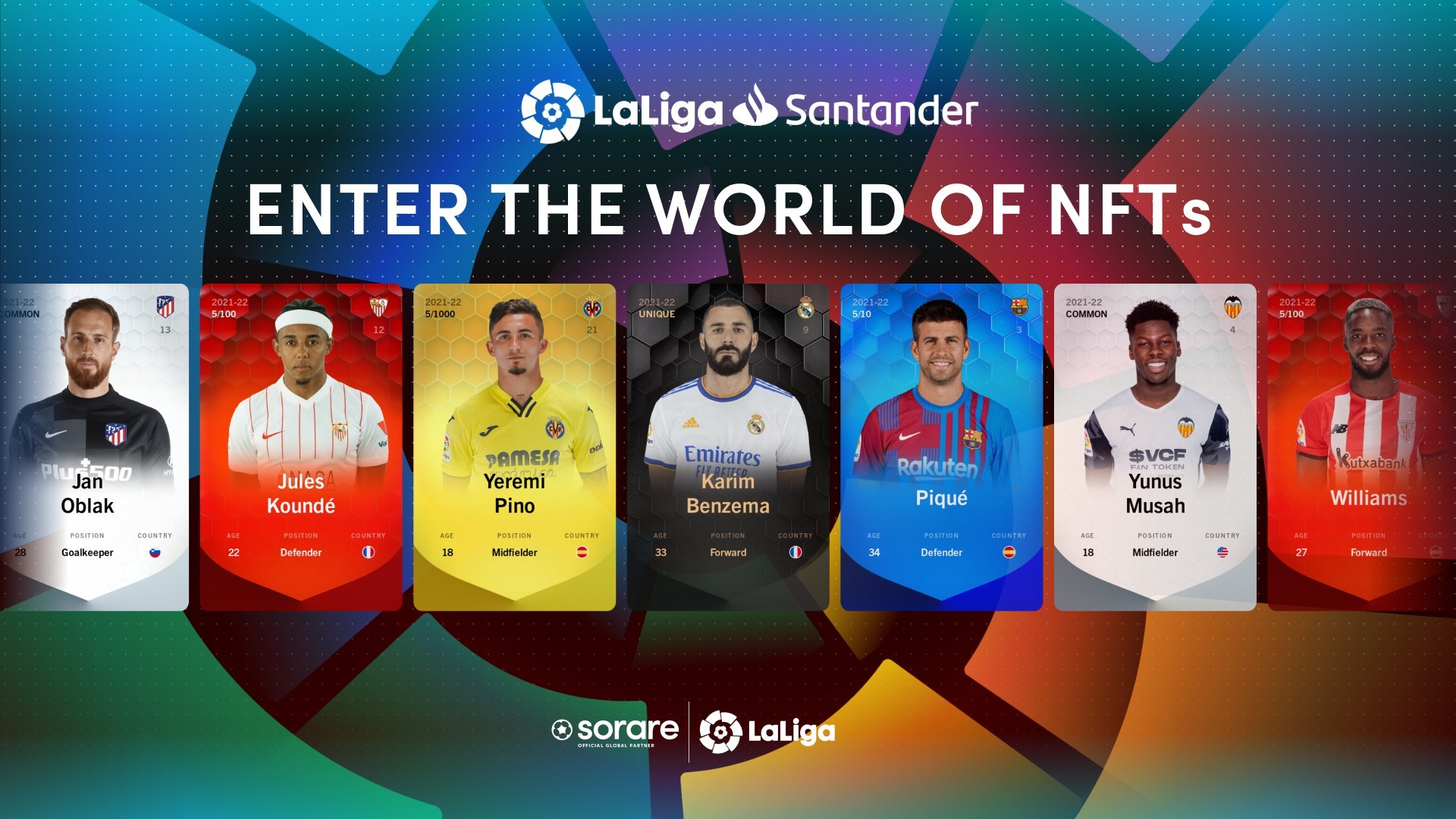 Spanish Soccer League LaLiga To Offer NFTs Of All Players

The Spanish top soccer league Laliga has announced a partnership with Sorare to offer fans with NFTs of all players.

The platform will now launch NFTs based on all of the players playing in the league, which fans can buy, trade, and play with.

As per UEFA’s coefficients, LaLiga Santander is currently the number two soccer league in the world, behind the English Premier League. With the deal, it has become the first of the top 5 leagues to sign a major NFT partnership.

Sorare’s marketplace currently has 500k registered users who can trade digital cards from more than 180 soccer clubs. The platform intends to sign deals with all the top 20 leagues in the world by the end of 2022.

The firm’s partnership with LaLiga also includes Spain’s second division, LaLiga Smartbank. Clubs from these leagues will enjoy additional revenue via the new category of NFT licenses. Since the start of the year, Sorare’s marketplace has seen card sales volume of around $130 million.

“At LaLiga we are always looking for innovative ways to offer our fans new and exciting experiences and to broaden the appeal of our competition, the greatest in the world,” says Javier Tebas, the president of LaLiga.

This partnership with Sorare, the most exciting sports NFT projects today, enables us to reach new audiences globally and gives existing fans additional ways they can get involved with the players and the clubs they love.

Earlier, Sorare obtained licenses for giants like Bayern Munich, Liverpool, Juventus, and Paris Saint-Germain. So with this deal, the platform now has access to players from almost all the top 100 soccer clubs in the world.

Nicolas Julia, the CEO and co-founder of Sorare, says:

This partnership isn’t just a sign of Sorare’s growing leadership in the NFT sports space, it is a major signal of intent by the sporting world that it sees Sorare’s unique ability to connect fans with sports through NFTs as a crucial part of their plans for the future.

At the time of writing, BTC’s price floats around $46k, down 8% in the last 7 days. Over the past month, the cryptocurrency has gained 0.4% in value.

The below chart shows the trends in the price of the coin over the last three months. 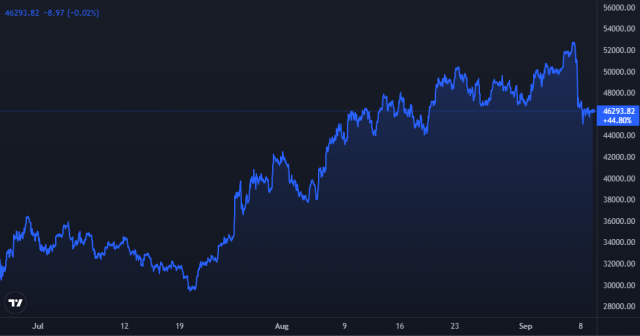