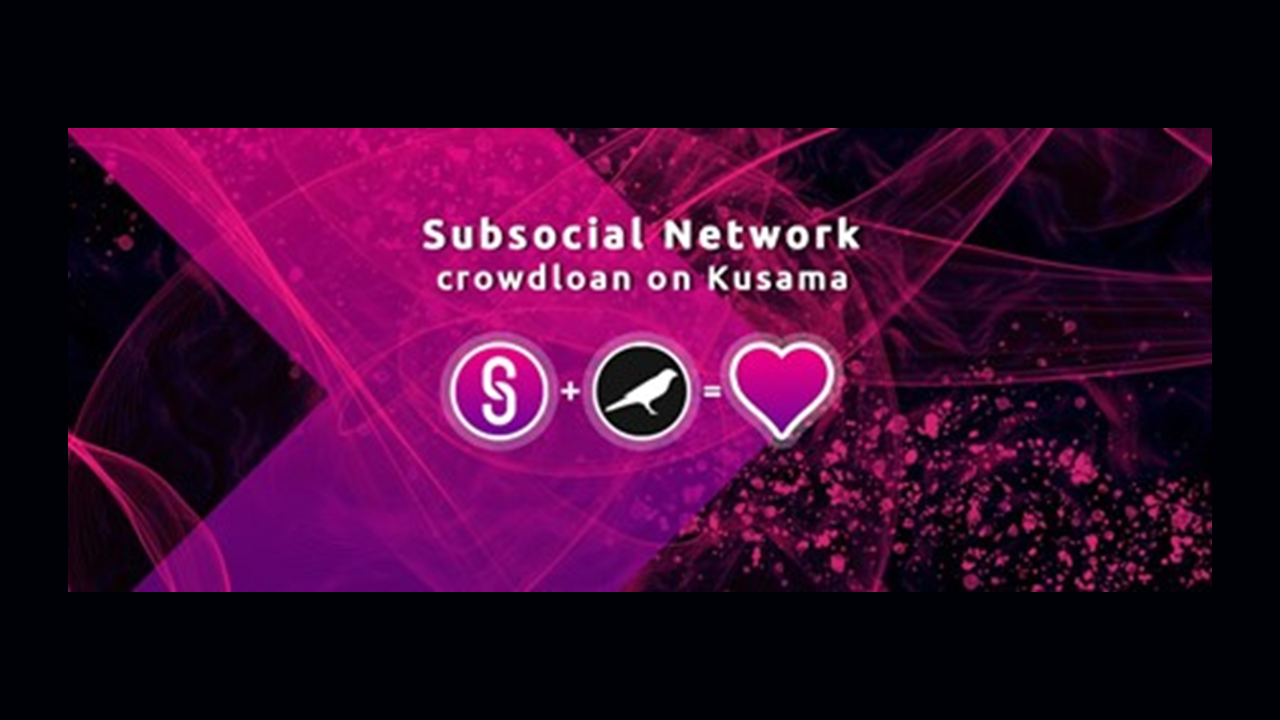 First announced last week Thursday, SubSocial Network has finally launched its crowd loan on Kusama parachain auction. The project is now calling on Kusama holders to vote for the project and earn SUB token rewards once the auction is completed.

In an announcement on Monday, the SubSocial team announced its auction bid on Kusama parachain is finally live and KSM holders can finally vote for the project. Users can participate in the crowd loan campaign supporting SubSocial Network as the next project to join the Kusama parachain. The announcement follows the 3rd Dotsama (Kusama-Polkadot) token claim round, where 250,000 SUB tokens were distributed to 2,500 participating wallets.

The Kusama parachain auction welcomes winning participants to Polkadot in its public pre-production environment. It allows any developer to experiment and launch testnet projects, blockchains, or DApps before launching them on the Polkadot mainnet network. The parachain testnet environment leverages Dotsama (a combination of Kusama and Polkadot) to provide multichain access and bridges across different blockchains.

Launched in 2019, SubSocial Network provides an open platform for developers to build decentralized social networks (communities) and marketplaces. The platform leverages Polkadot’s Substrate network to allow any developer to launch their own decentralized censorship-resistant social network, its website states. Simply put SubSocial is very much similar to Reddit’s subreddits, but social platforms built on SubSocial run their own communities on their own chains rather than depend on the main chain.

With the crowd loan going live on Kusama, SubSocial Network will be able to scale its potential across the Web 3 metaverse, creating new communities on the blockchain.

According to a statement, the Kusama parachain auction bid is open to all Kusama token holders to participate. Participants are eligible for SUB token rewards, which will be activated once the auction bid is complete.

The maximum contributions to the Kusama parachain crowd loan campaign are capped at 100,000 KSM meaning each participant stands a chance to be rewarded 150 KSM if the maximum amount is raised. Additionally, the referral bonus rewards will be shared 50/50 between the referee and the referrer at a rate of 15 SUB tokens for every KSM vote referred to. The remaining SUB tokens will be returned to the treasury if not claimed.

Once the SUB tokens are disbursed, 80% will have a vesting period of 48 weeks with the rest available for providing liquidity and monetization within the SubSocial platform as the holders see fit.

SubSocial Network is fighting for the opportunity to join 11 other projects already on the Kusama parachain. The Kusama parachain auction recently completed its 11th auction in September and plans to have close to 100 parachain slots available for projects wishing to join the blockchain. In the future, SUB tokens will be listed on Karura DEX, a Polkadot-based decentralized exchange, if the bid is successful to kickoff its journey on Polkadot.