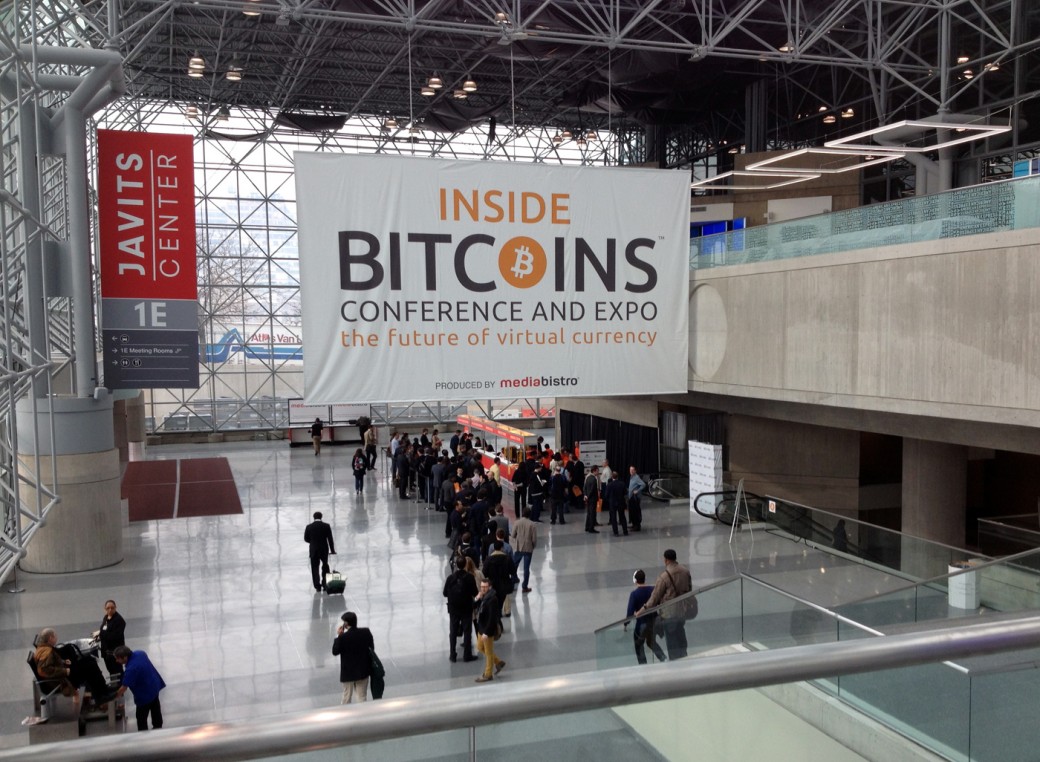 Summery of day two from the NYC Conference

Day two of the Inside Bitcoins NYC Conference turned out to be a massive success just as day one. The focus shifted from emerging Bitcoin tech towards the regulatory and start-up side of the industry. Leading off day two was a keynote panel consisting of Barry Silbert, Greg Schvey, Gil Luria, George Samman, and Lou Kerner. Highlights from this include two important quotes from Barry Silbert, in which he claims there is

“I guarantee there will be another Bitcoin bubble this year.”

The next notable speaker, John G. Collins, addressed congressional perspectives on Bitcoin and digital currencies. He essentially said that the US government is approaching cryptocurrencies with a positive skepticism. Meaning that they do believe that Bitcoin has a lot of potential but they believe in order for this to be realized there must be proper regulation. We next learned about how to stop Bitcoin theft using Multi-Signature wallets from Will O’Brian, CEO & Co-Founder of BitGo. The highlight of Will’s speech came when he unveiled the BitGo API which allows anyone to integrate Multi-sig into their exchange, trading platform, or escrow service. In addition to the many excellent speakers there were also a lot of interesting exhibits. My personal favorites were CloudHasing.com, BitPay, and HashWare. Each of these examples had very extensive exhibits set up with extremely knowledgeable staff members working them.

Overall, attending the conference opened my eyes to many new innovations that are on the horizion for Bitcoin. I hope that our live stream offered you a deeper insight into the Inside Bitcoins Conference