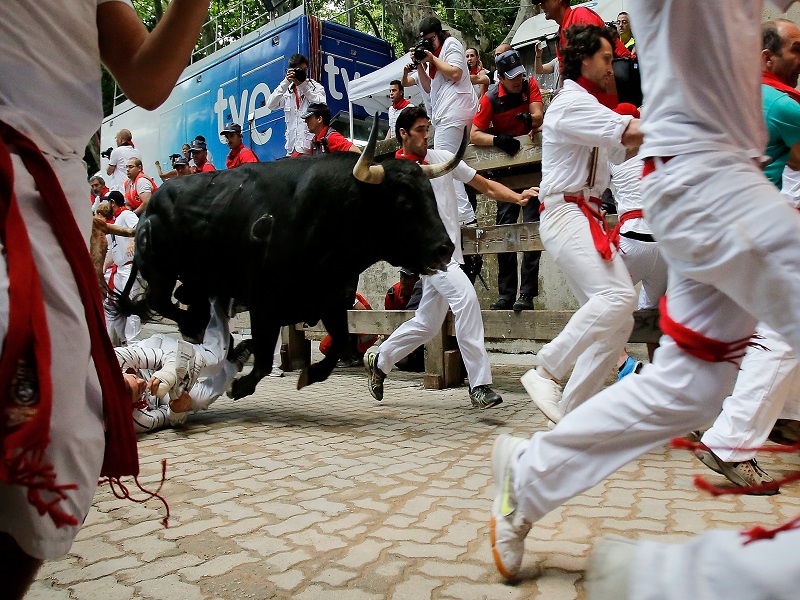 The prevailing bitcoin price resistance was overcome by a little flag pattern this past week, which ultimately launched prices up to recover a technical objective at $820. 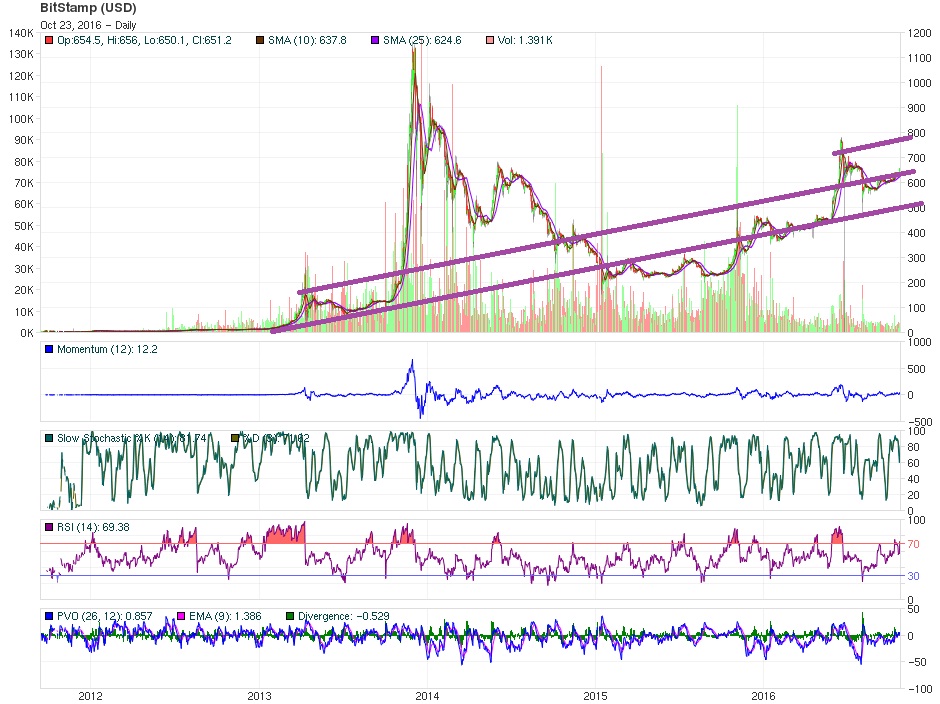 After prices overcome the psychological trigger zone area among $620 and $650, the current phase points to a technical goal near $820.

According to Elliott Wave Theory, the current movement should reach a higher scenario through the 5th phase, from where profit taking would be considered. The old trendline, started in 2013, could be very useful at this stage because quotes still recognize its reference, reflecting that pioneer bitcoin holders could be back in the action with a big hedging marketplace. 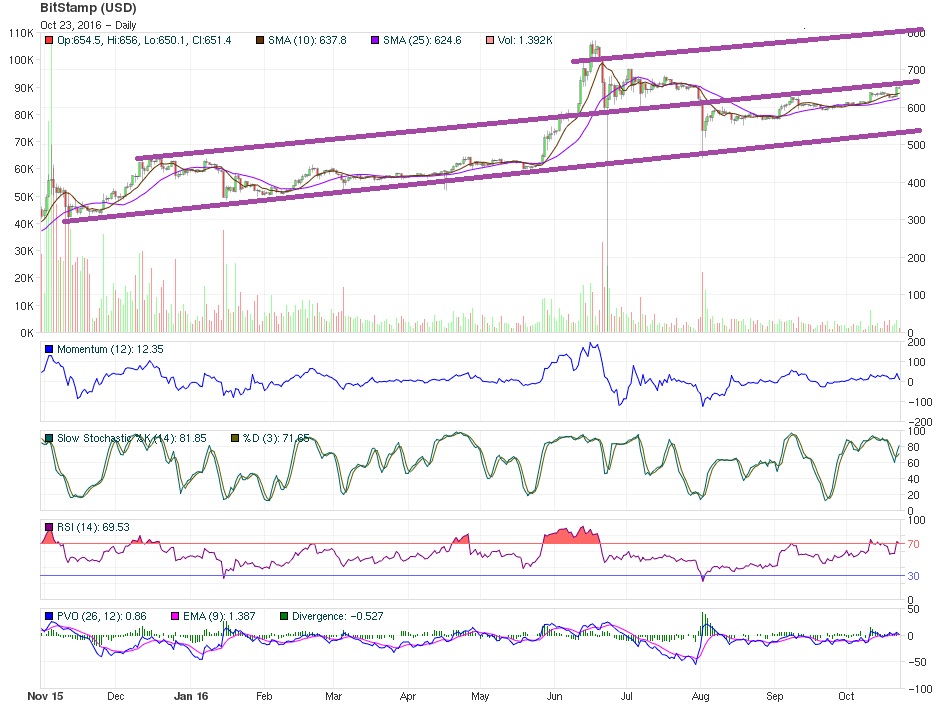 According to indicators, prices could climb to the next congestion area at the $800 level. From there, a big bout of profit taking is expected through another lateral sideways market—like the one we had seen since August—without any bear movement.

Instead, traders will capitalize on the idea of a renewed, upward march, building a level of support that should be confirmed during November. B

Bullish consensus is still getting stronger, and many technical analysts are coinciding on the bullish chance for late October, while the late 2016 period could be analyzed into a euphoric bubble beyond $820 in a third technical phase. 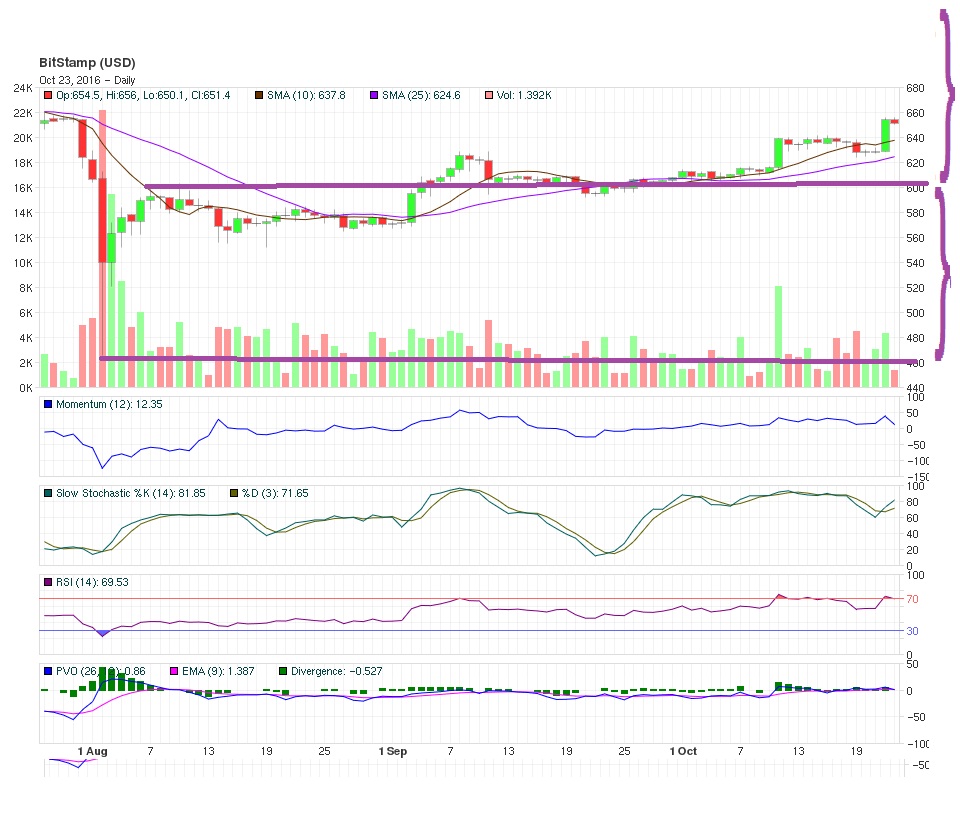 A little flag pattern has launched prices to the up side, overcoming the psychological trigger zone at $650. Now quotes are recovering to their technical objective at $820.

According to Japanese Candlestick Analysis, the prices are going up and the next technical scenario could be a continuous rise backed by fundamental data and political factors. The same-sized field recovered in August 2016, and was followed by a lateral sideways market.

The bitcoin price could be recovered now, and may follow with a similar lateral sideways market again.