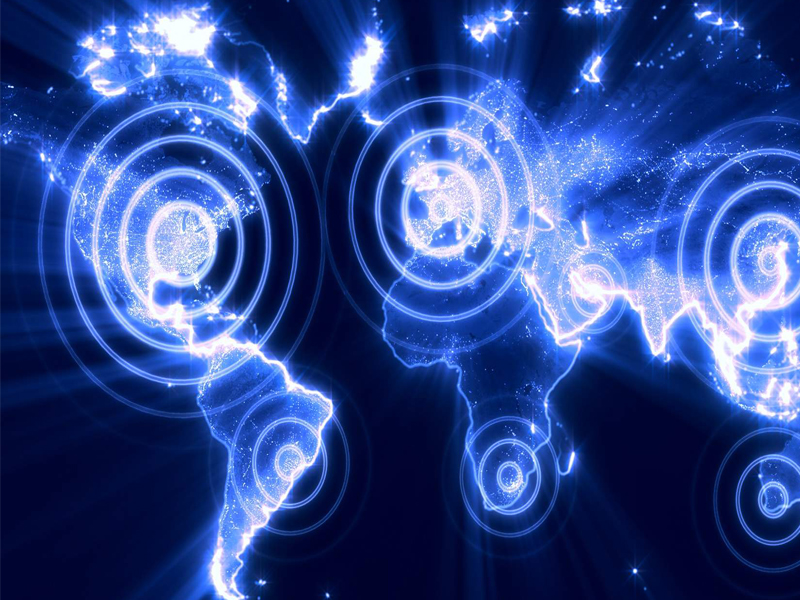 An Application Programmable Interface (API) is a set of routines, protocols, and tools for building software applications. The API specifies how software components should interact. A good API makes it easier to develop a program by providing all the building blocks. A programmer then puts the blocks together. There are many different types of APIs for operating systems, applications or for websites. Windows, for example, has many API sets that are used by system hardware and applications. When you copy and paste text from one application to another, it is the API that allows that to work. With the evolution of the internet, APIs have become more than just an aid for the operating systems inside our computers. This collaboration of code allows many wonderful things to happen. 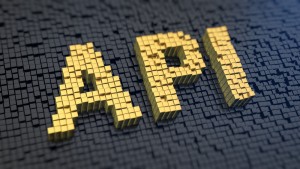 Software applications can now talk with each other, and perform an array of tasks, like updating listings on e-commerce platforms or interacting with social media accounts. Technology is showing that the more open source APIs are, the stronger the entire network becomes. Instead of denying other firms the use of private interfaces, companies like eBay, Facebook and Twitter share their APIs for a mutual advantage. Sharing tools in this way creates an architecture that communicates with people in a multitude of new ways. One of these ways is the advertising model throughout the internet. Programmable Interfaces have created a system of advertising that funds quite a bit of the online experience. You probably know already, but when you are surfing Facebook or Google, you might see an advertisement showing your specific location. This means these companies, and many others, are using their APIs to communicate information about you. You may also see news stories with titles and content that is completely sensationalized, just to get you onto a site. This method is often used to promote advertisements located within the URL. This model of advertising based profit has changed the entire landscape of the internet.

One fascinating way of overcoming this problem is the use of micropayments. By building a payment infrastructure for the web, platforms can provide bloggers, journalists, artists, and content creators with a new way to operate. This has produced companies that are steering the environment of microtransactions to a browser near you. With Bitcoin impulse buying, and tipping, they can invigorate a new element in economic sharing.

“Micropayments are great if you use them for a product or service with certain properties. It must be one where you can get away with usage-based pricing, and where there is a strong rationale for making it cheap, yet not free.” — Nathan Myhrvold, Chief Technology Officer at Microsoft 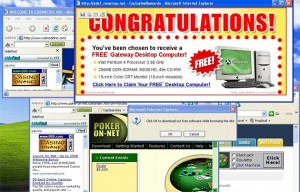 News publications are filled with advertisements. Just when you’re getting into reading a story you get a pop up right smack in the middle of the page. Or maybe the page is so filled with ads it creates nausea from the amount of content on the site. Ads rule the roost in the land of journalism, and have done in the past, when news was printed with ink. However with micropayments, people can start blogs or media outlets without counting on corporate advertising, and may rely on small tips from a user base. This can bring about a truly organic relationship between content producers and those who surf the web. Imagine all the traffic and unique hits you get transformed into small tips that help fund your projects. Companies like ProTip, ZapChain, and BitWall are changing this paradigm.

BitWall is a service that allows publishers to put up paywalls rather than utilizing traditional ad models. Instead of subscription models, like the Wall Street Journal has, where you have to pay per month to read their articles, users can pay smaller one-time micropayments to read a content creators stories. The application ProTip works with many social media platforms, and websites integrating with the APIs used on these programs. Users of ProTip can send small tips to people on YouTube, Soundcloud, WordPress, and more with their system. Another service is ZapChain, which publishes material so users can tip content creators who post written content, music and various online material. These new mediums have brought a new spectrum to the internet’s playing field, by adding incentives to create robust online material. The company 21 inc wants to establish a network of micropayment solutions for the Internet. The business led by Balaji S. Srinivasan has created a hardware device that allows developers to build applications with micropayment processing. Digital content can be sold via an organized marketplace, or in other fashions utilizing 21inc’s gadget. 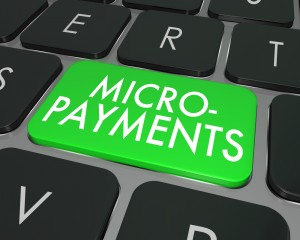 This kind of protocol could create networks of sharing economies that are run entirely by grassroot foundations. Bandwidth can be sold, Big Data and cloud storage fees without overly priced subscriptions and annoying interfaces can change. Associated protocols like signing in with passwords to your favorite domains could possibly also be abolished through the use of these transactions.  This proposed architecture 21inc dreams of could bring about new forms of identity solutions within the pseudonymous internet-land. Srinivasan states he wants to empower users online:

“Our long­ term goal is to return economic power to the individual. Specifically, we want to make it possible for you to turn your bright idea into passive income by selling Bitcoin­-payable goods, games, and services over the Internet through a 21 Bitcoin Computer.” —  Balaji S. Srinivasan, CEO 21inc

Micropayments have been discussed for a long time. When HTTP/1.1 was created a return code 402 was initiated, telling the user a payment was required. This system has not been widely used, aside from a limited number of developers, and is officially “reserved for future use.” This concept began with the genesis of the World Wide Web, and many attempts to posit this code have seemingly failed. Many believe that Bitcoin could fill this gap, as it is easier to apply than most of the digital payment processors of today like PayPal. 21inc has applied their client to HTTP 402 within three of the computer’s microtransaction schemes. This system, if it caught on, could allow digital cryptocurrencies to compete with the likes of Google Pay, Facebook, and Zyga.

A robust system of crowdfunded networks can be solved with models like micropayment APIs. The communication these new tools share may be able to help create the Internet of Things (IoT) that networks everyday life with the digital realm. Applications that feed your pets when they are in need or maybe turn the heat on in your home seasonally without you putting thought into it. But what happens when you meld the existing technology with open protocols such as micropayments and distributed ledgers? On top of the ongoing research of micropayment solutions joint efforts between financial institutions and their software is leading to a unique focus on open standard APIs. The idea behind this gives third party developers the view of a business’s published code on the internet. This sharing enables an evolution within the standardization processes leading to more efficient communications in technology.

The service Chain wants to build a network of financial APIs by connecting the dots of asset and currency trading via blockchain technologies. Currently, there is a bold initiative to build private cryptographically secured ledger systems within the atmosphere of legacy institutions. Chain wants to capitalize on this by providing a system for these new digital accords to communicate with each other.

Institutions like Nasdaq, Citibank, Visa, Capital One and others have pushed 30 million in seed funding into the startup. All of these giant companies have been researching blockchain technology within their confines. If Chain can pull off an enterprise-ready system that weaves together the possibility of these trading services today with the digital technology of tomorrow, then the sky’s the limit. These APIs will broadcast in a fashion only blockchains can bring, time stamped transparency, fast real-time trading engines, and low-cost energy solutions. 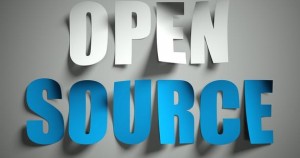 Sharing proprietary software was once taboo in the past but now being open is the new technological and cultural phenomenon. Many financial institutions have reaped the benefits of sharing these programmable interfaces worldwide. The positive economic activity in collaborative open financial mechanics has led many to believe that banks should operate in this manner. One initiative called the Open Bank Project is trying to create a global open standard API. The organization believes that consumers want the ability to access transparency in the banking system to give individuals a better handle on their finances. Financial tech startups with a different kind of attitude are bifurcating the sectors of financial markets. While doing this, a majority of these small disruptors are sharing data and APIs.

Algorithms rule our world either online or offline and we can learn to manipulate these equations. Incentive based sharing economies are an excellent way to encourage consumers to become prosumers. In time, people can change the ecosystem of monopolies, ad-structures, and sensationalism. Application Programmable Interfaces with built in micropayments are coming to the web to shake things up, it’s just a matter of which network will be used by the majority.

What do you think of open API’s and Micropayment solutions? Let us know in the comments below!