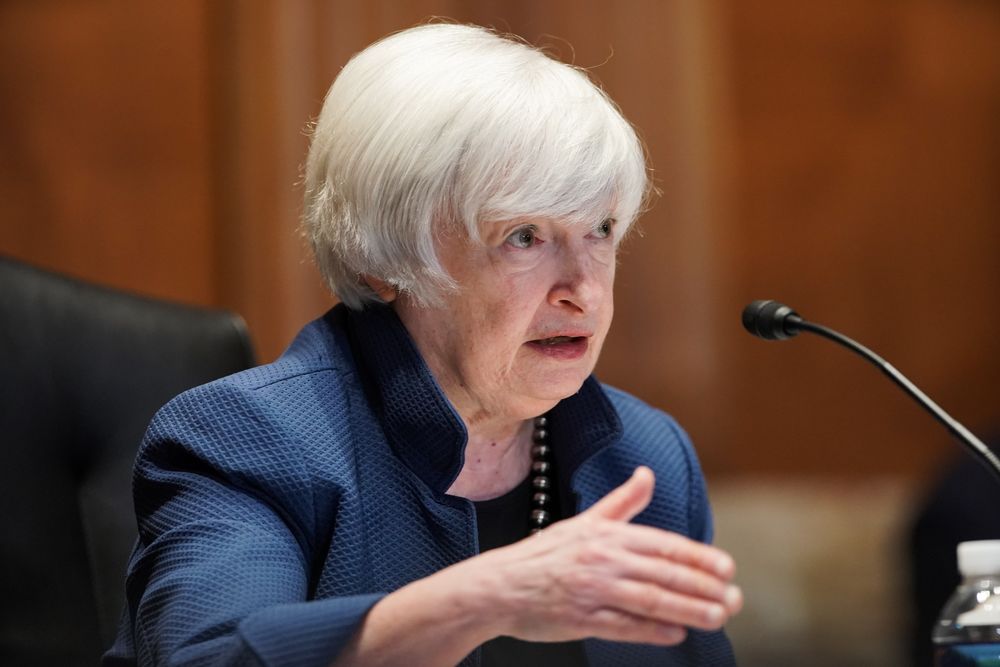 The rate at which Yellen was being paid for these speaking engagements was alarming. Which prompted Bitcoin enthusiast Bruce Fenton to point out the earnings. Fenton took to Twitter to post a screenshot of Yellen’s earnings. And highlighted amounts that were paid to the Secretary by banks.

Here’s Secretary Janet Yellen’s partial disclosure of what she describes as speaking fees.

Citi is highlighted in blue.
Citadel highlighted in green.
Since much of America was locked down in 2020, those speeches are almost all Zoom calls, done from her home.
$7.2 million total. pic.twitter.com/ukaxdh0I3Q

The totals showed that Yellen had received over $7 million from Citadel alone. Yellen received $450,000 from City National for just three days of speaking. Investors accuse Yellen of collecting bribes from banks in form of speaking fees in order to help them work against the DeFi space.

Secretary Janet Yellen currently has a net worth of about $20 million. With banks paying her so much for ‘speaking fees’, it means one-third of Yellen’s entire net worth is paid by a single bank.

Working For The Banks

The amount of speaking fees received by Yellen from the banks has people convinced that the Secretary is now working for the banks. This is not helped by the fact that Yellen has moved to ban decentralized finance (DeFi). A prominent competitor of traditional banks.

Individuals have begun to move their money to DeFi. Instead of putting their money in a savings account in banks. The higher returns from DeFi far exceeds the percentage of return offered by banks. And thus, putting savings in decentralized finance services is more enticing for users.

The Warner-Portmen amendment, which is backed by Yellen, if passed, would hold coders of smart contracts responsible as brokers. This would negatively affect DeFi services offered in the crypto space. And this would deal a huge blow to DeFi market.

But the banks would come out the winners in this. This would take away the option for people to invest in the decentralized finance space. Since smart contract coders would not want to be held responsible as brokers. This would effectively cripple the DeFi market.

DeFi Space Getting Ready To Do Battle

Crypto enthusiasts would have to combat things like this head-on. The market is usually removed from politicking in the past. But with each passing day, it becomes clearer that for the space to survive, investors would have to get involved in the politics behind this. If there is to be any hope to save the DeFi space.

This would mean fighting with their votes where applicable. Voting for candidates who actually understand the crypto market. And not collecting ‘speaking fees’ from banks in order to help them further their agendas. It also means crypto investors will now have to pay ‘speaking fees’ to people in power in other to make sure that damaging bills are not passed.

The young crypto market obviously has a long battle ahead of it. But crypto enthusiasts continue to show that they will not just sit idly by and let others destroy the market.