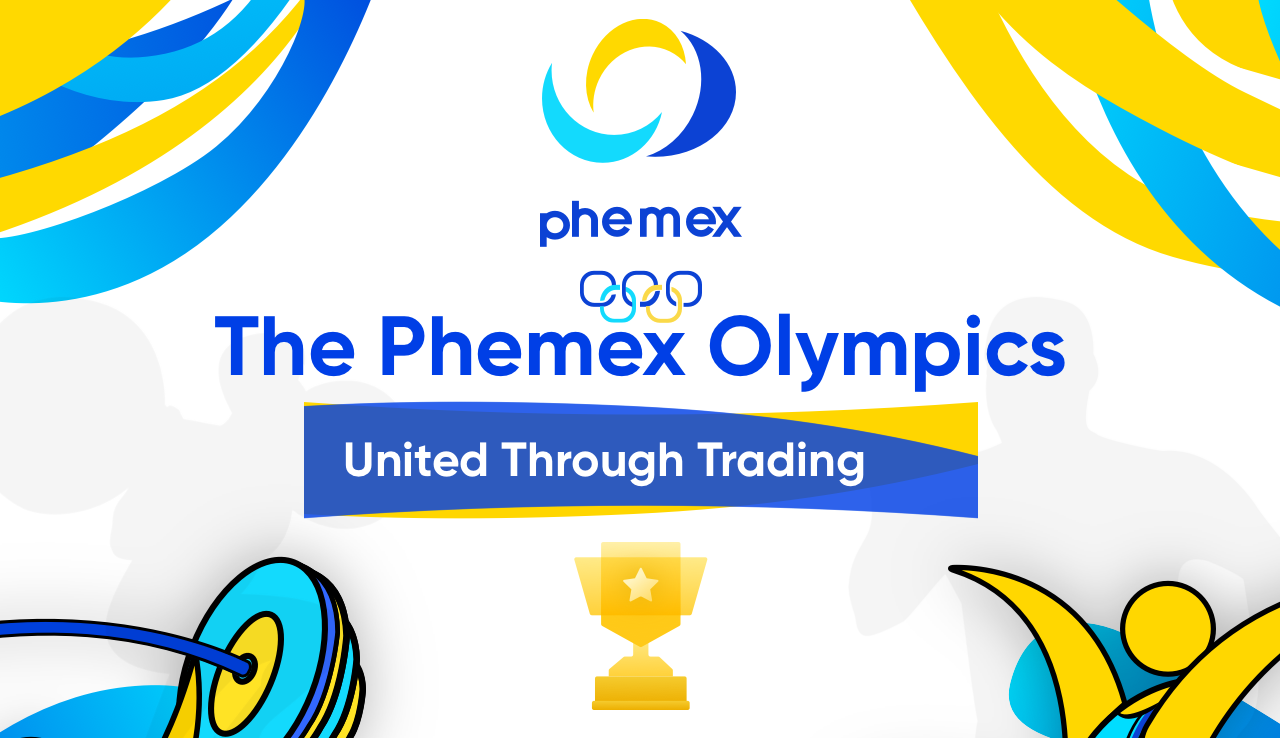 United Through Trading: Win Big in The Phemex Olympics Competition

In commiseration of the Tokyo Olympics, which started July 23rd, Phemex brings their own version of the Olympics. The Phemex trading Olympics values align with those of the actual Olympics, which accepts people of all walks of life. Integrating sports and crypto trading, Phemex presents the “Phemex Olympics: United Through Trading.”

The Phemex Olympics: United Through Trading is a dual-sport crypto trading competition. The cryptocurrency exchange is offering users a chance to win from a reward pool of $92,500, based on their trading volume and ROI. Players in the Phemex Olympics will be divided into two tiers for the rankings. These tiers include weightlifting and sprinting.

The second tier is the sprinting tier. This is the tier where players are ranked according to their return on investments. Players will attempt to be the fastest to hit 500% ROI. These players are known as “the Usain Bolts.”

Rules And Requirements For The Olympics

There are different rules depending on which of the competitions a user wants to participate in.

The winning players will be selected based on their trading volumes within the same period of time. In the event that two players have the same trading volume at the end of the campaign period, the first player to sign up for the competition gets picked.

Phemex cryptocurrency exchange will only count Contract Trading volume from the players, and in line with this, all Contract Pairs are allowed for the players. API users are not allowed to sign up for the weightlifting category.

For a player to participate in the Phemex Sprinting round, the player must have at least a net value of 0.003 bitcoin in their BTC trading account at the point of registration.

Sprinting participants need to achieve a 500% ROI in the shortest time possible. Only the first 10 users to reach 500% ROI will be picked as winners, and they will be ranked in chronological order, i.e., in the order in which they reached 500% ROI.

If no users are able to reach 500% ROI, then the winning participants will be ranked chronologically based on the highest ROI in the fastest time.

In the case of a tie and two users reach 500% in the same period of time, then the first user to join the competition wins by default. Unlike the weightlifting round, only the BTCUSD Contract Pair is valid for the sprinting round. All other trading pairs will not be counted as part of the competition.

Players’ trading volume and ROI will be displayed on the competition landing page and will be refreshed every 10 minutes for transparency.

Top 10 ranked players will also receive a mystery gift box from Phemex based on their ranking in the competition.

Traders can head over to the official announcement for more information on the full rules of the competition.

The Phemex Olympics starts at 8:00 AM UTC on July 30th and will run through to August 13th, when the competition ends at 8:00 AM UTC. Prizes will be distributed to winners after August 20th.