Mining pool and Bitcoin exchange ViaBTC has begun trading the “Bitcoin Cash” (BCC) token for CNY in anticipation of a Bitcoin ABC hard fork on August 1.

Like a bad divorce, some differences appear to be irreconcilable. Such is the case with the Bitcoin ABC scaling proposal, which may split the Bitcoin blockchain via a user activated hard fork (UAHF) on August 1. The solution was announced by bitcoin company Bitmain as a contingency plan for the user activated soft fork (UASF) that is scheduled for that day.

In anticipation of this split, ViaBTC has begun trading Chinese Yuan for their new Bitcoin Cash (BCC) coin. This token will support the new blockchain should the hard fork occur. 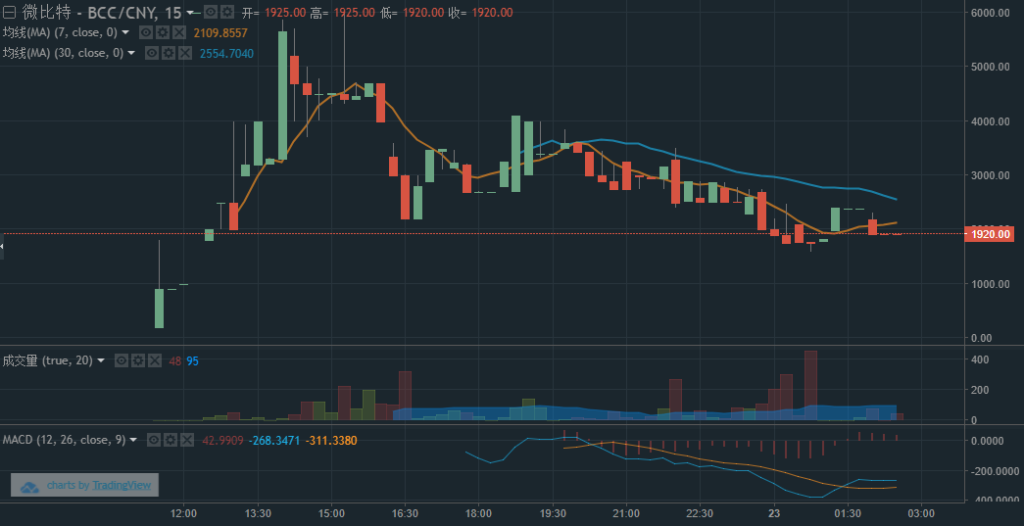 ViaBTC announced their intention to support the new blockchain on July 17. Their decision was made following inquiries from miners and users looking to support Bitcoin ABC:

As a professional cryptocurrency platform who guarantees superior customer service and maximum protection for customer assets, we decide to make precautions for the upcoming UAHF and provide a new option for users, on the basis of our support of SegWit2x under New York Agreement. We will designate the token “Bitcoin Cash” (BCC) to the possible split coin led by the activation of UAHF…

ViaBTC is allowing its customers to trade their current Bitcoins for 1 BCC and 1 BTC_FROZEN2. The BTC_FROZEN2 tokens cannot be traded before August 1, but will be redeemable for 1 BTC following the chain split.

A Fork in the Road

With ViaBTC now supporting BCC, a Bitcoin split now seems almost certain. It remains to be seen whether other mining pools will support the new blockchain following the fork.

So far, ViaBTC is the only exchange which has announced support for the new token. Coinbase, the world’s largest Bitcoin exchange, has already announced they will not support the new blockchain:

Should the UAHF activate on August 1, Coinbase will not support the new blockchain or its associated coin. Any BTC within customers’ accounts will remain accessible over the main blockchain only, and will not be converted into BTC on the UAHF chain.

How do you feel about a Bitcoin split? Which blockchain will you support? Let us know in the comments below.