Much like last week, this past week saw almost no price activity until the very end, when the markets took a rather sharp, downwards turn. Considering that there were no changes to Bitcoin fundamentals — such as market-moving news, major hacks, or positive innovations — it is highly likely that the late-week price drop came from speculators. 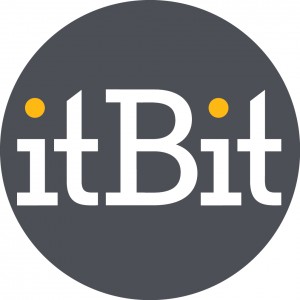 The week began on Monday, September 7, with the Bitcoin price at $240.88. Market activity was fairly quiet on Monday, although the Bitcoin price had a gradual, upward slope for the entirety of the day. By noon, the price had slightly climbed to $241.26. The price then tapered off at the beginning of the afternoon, staying at $241 for several hours. At the end of the day, the price made another small gain, closing the 7th out at $242.65.

In Monday’s news, we reported on former NYDFS regulator Daniel Alter and his new position at itBit as General Counsel. After spending three years at the NYDFS, working very closely with the ever-infamous BitLicense regulation, Alter entered Bitcoin’s private sector. Alter hopes to aid itBit in navigating any future legislation so that the Bitcoin exchange can continue to thrive in an evolving regulatory landscape.

Tuesday opened at $242.65, continuing that sideways activity that characterized most of this past week. The price showed some promising growth during the morning hours, reaching a high of $246.24 at 6 AM. However, those gains died off shortly after though, and the price dipped slightly going into midday. In the afternoon, the price leveled out between $243 and $244, where it stayed for the remainder of the day.

Several things happened in the news on the 8th, making for an eventful day. Frederico Abad, creator of Netflix competitor Popcorn Time, was brought on as a product designer for Xapo. In the UK, the Government Digital Service published a blog post stating that it had begun researching the blockchain, exploring its potential uses for managing government data. The Coinbase Exchange expanded into Canada, broadening its rapidly-growing service area. Finally, ShapeShift, Erik Voorhees’ leading altcoin exchange, announced that it had raised another $1.6 million USD in funding.

Wednesday began with the Bitcoin price at $243.93. However, the price began falling almost immediately, setting the stage for a day of gradual decline. At 2 AM, the price fell $3 from $243 to $240. Then, the price continued to fall, but at a much more subdued rate. By the evening hours, the markets had firmly placed Bitcoin in the upper $230s; the day ended at $238.13. 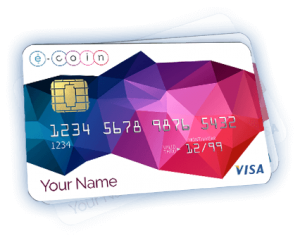 September 10 kicked off at $238.13, opening the day on the decline. The Bitcoin price fell during the first two hours of the morning, but quickly recovered and began moving upwards. The price hit a daily peak of $241.65 at 10 AM before it began to slide downwards again. The markets moved back into the high $230s, with the Bitcoin price gently falling until 7 PM, bottoming out at $238. The price proceeded to rise slightly for the rest of the day, reentering the low $240s at the close.

Friday opened at $240.76, with Bitcoin sitting in a price range that would persist for the great majority of the day. Aside from a small dip into the high $230s in the morning, the Bitcoin price remained in the $239-$240 range. 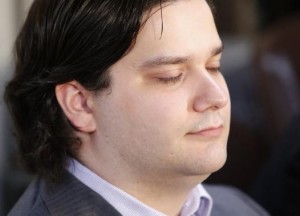 Although Friday was a slow market day, the broader Bitcoin community received a huge piece of news. Mark Karpeles, former CEO of the now-defunct Mt. Gox Bitcoin exchange, was charged by Japanese authorities with the embezzlement of funds from the Mt. Gox. This charge means that Karpeles faces prison time in addition to the time he has spent in jail after recently being arrested under suspicion of fraudulent system manipulation.

Saturday the 12th started with the Bitcoin price at $239.43. During the morning, it seemed as if Saturday would be yet another day of flat price activity. However, the price fell sharply at noon, from $238.60 at the top of the hour to $236.06 at the close — with an hourly low of approximately $233. The markets unfortunately could not recover from this decline, and the Bitcoin price spent the rest of the day in the low-to-mid $230s.

Sunday, September 13 began on the decline, showing no signs of recovery from Saturday’s midday fall. The price moved slightly downward during the first half of the day, and then took a fairly deep fall to $228 by the close of the noon hour. Throughout the remainder of the day, the price hovered between $228 and $230, with a brief drop down to $223.99. Sunday ended with the Bitcoin price at $228.74 — making for a total decline of 5.04% for the entire week.

In last week’s Re-Hash, we attributed the price surge to optimistic sentiments among speculators. Given a lack of major fundamental changes, we must look to the speculators once again to explain this past week’s decline. Last week, we stated that the price would decline if fundamentals failed to reflect the speculators’ bullish sentiments. That seemed to have played out in reality; after being greeted by steady fundamentals, it appears as if speculators started taking profit at $240. The decline into the $220s is likely a side-effect of the initial profit taking.

Therefore, since this decline is probably fueled by speculation, it is difficult to say when and where the fall will stop. All that can be said with certainty is that the selling will stop when the price falls to a point that speculators are comfortable with, and will begin buying back in. However, that price point could be anywhere.