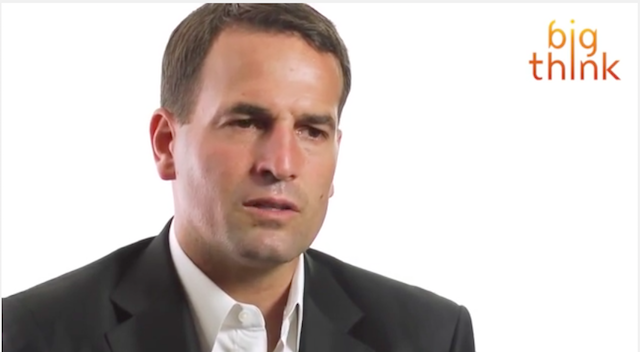 Wences Casares talks on the History of Money

“Bitcoin is a new digital currency that is perhaps the best form of money that we have ever seen. It’s important because most of us don’t understand money very well and perhaps the concept that is harder for us to understand is that money is and has always been a ledger.

Anthropologists agree that there is no tribe much less a civilization that ever based it’s commerce on barter —there is no evidence; barter never happened. And that is counter intuitive because we are taught in school that we first barter and then we made money because barter was too complicated — well barter never happened. That’s one of the myths about money. So then you would ask anthropologists, “Okay so how did we do commerce before money if there was no barter; there was no commerce?” No! there was plenty of commerce, and the way commerce would happen is that let’s say that someone in the tribe had killed a big buffalo, and I would go up to a person and say.

Wences: “Hey can I have a little bit of meat?”

And basically we all had to keep track in our heads of what we owed other people or what other people owed us. And then someone would come to me.

Person: “Hey Wences can I have a little bit of firewood?”

Wences: “Sure here is your firewood.”

And I would have to remember that I owed this person a little bit, and that this person owes me a little. And we all went about our business with these ledgers in our minds of who owes us what and what do we owe them — very subjective system. Often these debts didn’t clear or cleared in ways that were not satisfactory to both parties. Then about 25k years ago, someone very very intelligent came up with a new technology that really took off.

Intelligent Person: “Hey can I have a little bit of firewood.”

Wences: “Sure, here’s your firewood.”

Intelligent Person: ”This time we’re going to try something different. Here are some beads for you.”

And it was such a successful technology that it took off, and in a couple thousand years it became impossible to find a tribe or a civilization that did not have some form of objective ledger. In some places is shells, rocks, or beads, but this form of keeping track of debt with an objective ledger took off.”