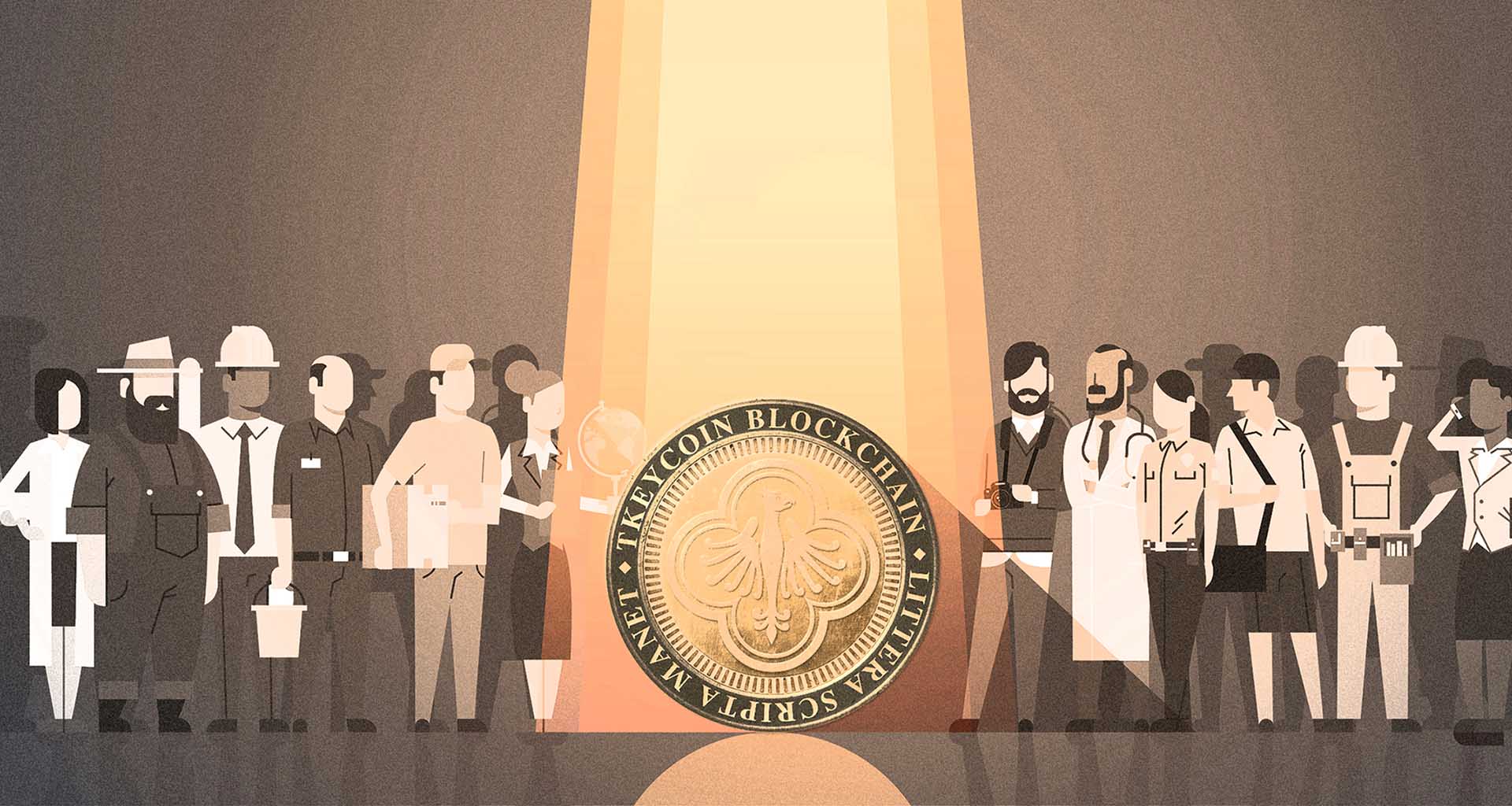 What the Investor Needs to Know About the Project Tkeycoin DAO

After the release of Tkeycoin on the ICO, interest in the project grew predictably. Almost immediately, experienced buyers, funds, and companies, who closely followed its development, actively invested in the ICO. But there are still those who are cautious, investing at a minimum, spending on TCD up to $ 5-10 thousand.

This small category of people consists, as a rule, of primary crypto-investors looking for blockchain projects to multiply their funds. They are ready to invest, but hardly Orient themselves in a huge number of ICO, from which even the professionals are dazzled. People ask themselves whether the Tkeycoin project is reliable, what is different from the others, what are its prospects and how much the TCD token can grow in the future. The need to clarify these issues was the reason for writing this article.

The development of ICO projects has led the crypto-currency market to the understanding that most of them fail because of the weak implementation, lack of experience and knowledge of the team, but often because of the obviously criminal intent of the organizers. Scammers try to carefully mask the ICO Scam, “hanging” its fake attributes of this project.

Sites are created using a template, tokens are generated on the Ethereum ERC20 code, White Paper are copied from other people’s resources, fictitious foreign companies are registered. To raise the excitement around their “product”, “crooks” fascinate investors with promises of huge profits that, without understanding the subject, carry them money, and they soon disappear.

Here, just the other day, I came across an Indian crypto project registered in Singapore, with an office in Estonia, and leaders located in Dubai. Moreover, this information was provided to me by the project support service through the feedback form on the official website.

The projects are covered by the issue of the lack of cryptocurrency regulation in many countries in order to maximize the possibility of criminal prosecution. Despite the fact that there are domestic projects that work absolutely legally. Yes, they are few, but they cooperate with banks, because their investors are well-known businessmen working only with Fiat and therefore necessarily concluding contracts that are protected by the state.

The Russian team of mathematicians, cryptographers, engineers, and programmers from are developing from scratch a truly unique blockchain protocol with unprecedented protection and limitless possibilities. It will have its own cryptocurrency – TCD – with the ability to convert to Fiat money. Within the Tkeycoin DAO network, a global marketplace will be launched where participants will be able to buy and sell real goods and services from millions of contractors located in different parts of the world, automatically exchange digital money for any assets, and withdraw funds offline.

All of these innovative solutions, including mining technology without expensive equipment, would not make sense to spend years of work and a lot of money if the team did not plan to create the first real economic system of the future in the history of the crypto market, built on the concept of artificial intelligence.

What Distinguishes Tkeycoin from Other Cryptocurrency Projects?

All of today’s blockchain projects can be divided into three groups. The first group is made up of projects that do not actually have a team or are content with a weak selection of “players”, but they have a business, for example, for the production of plastic boxes, in which I would like to raise funds against the background of the crypto-currency boom. These projects do not have a goal, except for one — to quickly earn easy money with minimal investment. The lack of experience and expertise does not give the creators of such projects a chance to conduct a successful ICO, so they fail 100% of the time before or after the initial placement.

The second is made up of outright scam projects, the fraudulent nature of which was briefly mentioned above, and, in more detail, in one of our separate publications.

The third group is the smallest of the three, occupying just 5-10% of the market. The projects in this group have a real team, but almost always there is no original idea. And if there is no worthwhile idea, then the proposed product will not be needed by anyone. When such projects lead to ICO, they count on the first wave of investments, which is initiated by the formal novelty of the project. After it becomes clear that the ICO is built on an empty place, there is a sharp decline in the value of the token, the collapse of the team, the interest of investors falls, with all the ensuing consequences. There are many such examples.

From an objective point of view, Tkeycoin cannot be compared to any existing blockchain projects. It is currently the only cryptocurrency project of its kind that has made a bet on uniqueness and efficiency in everything. This applies to its own blockchain protocol, the original tokens, the outstanding encryption system on the property of vibrations of iron atoms, generating millions of lines of binary code every second, and much more.

But the main thing that distinguishes Tkeycoin DAO from other projects, however, is the lack of interest in the personal benefit of developers, and the focus on the large-scale introduction of blockchain technology in the real economy and everyday life of ordinary people.

External scenario conditions for the development of Tkeycoin are the best today. Old projects, most of which are made on simple monotonous templates, with the same White Paper content, standard advertising in Adwords, and weak or negative profitability, no longer satisfy the ICO market. This is primarily due to the poor quality of ideas and their poor implementation. The main claim that investors express to hundreds of previously released projects is the lack of opportunity to build their own business on the basis of cryptocurrency.

As for the Tkeycoin project, it, with a completely new blockchain, token, cryptographic protocols, unique scalability, mobility, convenience, functionality, and versatility of tools and services, including the ability to launch startups, has incredible growth potential. All of this, plus the successful ICO, makes Tkeycoin a landmark project with which the cryptocurrency market will be able to step up to a higher level of development in a relatively short period of time.

The Expected Growth of the TCD on Exchanges

Determining the value of any cryptocurrency on the long-term horizon is a difficult task. However, if we are guided by the experience of implementing other blockchain projects, serious economic, technical and mathematical analysis, not intuition and speculation, as well as taking into account the market conditions, all current and possible risks, then with an accuracy of 95-99% we can determine both the trend direction and the approximate price of the token.

As for Tkeycoin’s assets, analysts expect not a rapid increase in the value of the TCD currency as a percentage of the base price, as it happened at the start of the primary placement, but a gradual steady growth over the next 2-3 years. From the most authoritative forecasts, it follows that by the end of 2018 the cost of the TCD token will grow by 1250%, and will approach the mark of $10-14, and possibly slightly exceed it. The maximum expectations of experts are associated with the subsequent two-year period, during which the TCD cryptocurrency will be able to organically reach the bar of $450 by the end of 2020.

For more information about Tkeycoin please visit tkeycoin.com. You can also stay up to date with all of the latest Tkeycoin news and developments by following them on Vimeo and Twitter and by joining the team in the official Telegram channel.