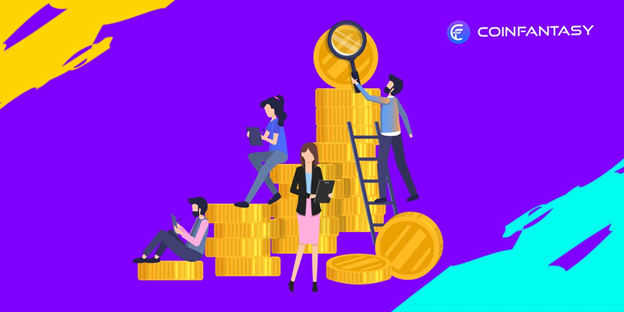 Your Social Media Community Could Be Worth Millions: DAOs Explained

DAOs are a logical extension of DeFi apps, made feasible by the blockchain’s capabilities, and have revolutionized governance through community-led voting procedures, including holders of the native tokens. This self-governance approach gives native token holders complete control over the decision-making process and a proportionate share of the distribution fees, strengthening the overall pitch for new investors to join these networks.

DAOs differ differently in terms of the crypto assets they deal with. Still, they all encapsulate the essential concepts of blockchain technology to allow for transparent investor engagement in assets and autonomous financial instruments safely and securely.

While projects related to DAOs currently contribute only about 2.5 percent of the total cryptocurrency market capitalization, this is expected to grow significantly in the future, given the growing number of DAOs launching projects such as automated market maker (AMM) exchanges that are forming alliances with centralized crypto exchanges to attract investors and liquidity that will be used to develop the crypto ecosystem further.

AMM exchanges are decentralized since they are administered by a voting system including community members who have invested in the native tokens rather than by a single company. This gives them the authority to modify the underpinning protocol and even the incentive system, allowing them to function in a truly democratic manner.

Furthermore, these token holders get a predetermined proportion of the exchange’s transaction volumes, supporting the development of a more stable token user base with a long-term investing mindset. This incentive structure distinguishes these tokens from those issued by non-DAO projects, resulting in more cash flowing into DAO-run projects.

Low transaction prices and high transaction speeds are other features that make DAO-based AMM exchanges popular. Users may easily participate in staking, yield-farming, and liquidity mining Across several blockchains thanks to connections with popular blockchain networks like Ethereum and Layer 2 networks like Polygon.

The Bitcoin (BTC) network is the earliest example of a decentralized autonomous organization (DAO). Even though most network users have never met, the network scales by community consensus; it also lacks a centralized governance framework, requiring miners and nodes to express their support.

By today’s standards, however, Bitcoin is not considered a DAO. Dash would be the first real DAO by current standards, as the project features a governance structure that allows stakeholders to vote on how the treasury is used.

Other, more sophisticated DAOs are in charge of establishing cryptocurrency-backed stablecoins, such as decentralized networks built on top of the Ethereum blockchain. In certain circumstances, the organizations who started these DAOs gradually relinquish control of the initiative, eventually becoming irrelevant. Token holders can participate in governance ideas such as hiring new contributors, adding additional tokens as collateral for their currencies, and changing other settings.

A DeFi lending system released its governance token in 2020, which was allocated via a liquidity mining mechanism. To put it another way, everybody who interacted with the protocol would be rewarded with tokens. The approach has now been adopted and altered by other projects.

CoinFantasy is yet another wholesome community created to make trading entertaining for traders, including play-to-earn fantasy games, the perfect amount of DeFi elements, and the ability to mint rare NFTs. Revenue from all of these sources is combined to produce a revenue pool that contributes to developing a revenue pool.

A Decentralised Autonomous Organization (DAO) will be developed from the pool of income earned.

Apart from these, Coinfantasy has plenty of other ways to unite the community as one:

Gaming as a service

They also provide a white-label service for any platform interested in gamifying their community participation with CoinFantasy’s game.

Launchpad with a Game

CoinFantasy allows high-quality early-stage businesses to collect funds by hosting a Game Pool, with the winners receiving IDO allocation. In exchange, CoinFantasy would launch NFTs of such projects that would be used in the fantasy game

It would be a terrific way for exchanges/trading platforms to generate leads since consumers who play fantasy games on our site would be excellent users for exchanges.

Using Games to Engage the Community

Any project platform may utilize CoinFantasy to create gaming pools to engage their users/community. Users may avoid bots and receive a creamy layer of users who understand the market this way. It would be a perfect model for Play-Learn-Earn.