Boom or Bust: There is no Middle Ground for Bitcoin, Says Crypto Asset Manager

On the subject of Bitcoin’s viability, there seem to only two conclusions. Either the number one crypto is either here to stay or it is just a fad. Thus, whether you support the “bubble” argument, the “currency of the future” notion or any other position, it all inevitably leads to the “boom or bust” conclusion or at least, so says Grayscale Investments managing director Michael Sonnenshein.

According to Sonnenshein, there is no middle ground as far as Bitcoin is concerned. Speaking during a recent interview with Fortune, the cryptoanalyst said:

It will either survive and become all these amazing things that we think it can be, which will cause its price to be a lot higher. Or it is possible something else may come along that will displace it and Bitcoin goes to zero. It likely will have a binary outcome.

To emphasize the point, consider the image above. Those were the top ten cryptocurrencies exactly five years ago as cataloged by CoinMarketCap. How many of them do you recognize? Now compare with the image below and see that only Bitcoin and Litecoin are still in the top ten. Where did the others go? Well, Freicoin isn’t even in the top 1,000 coins. Namecoin and Peercoin have also fallen spectacularly over the years as have the others on the list. 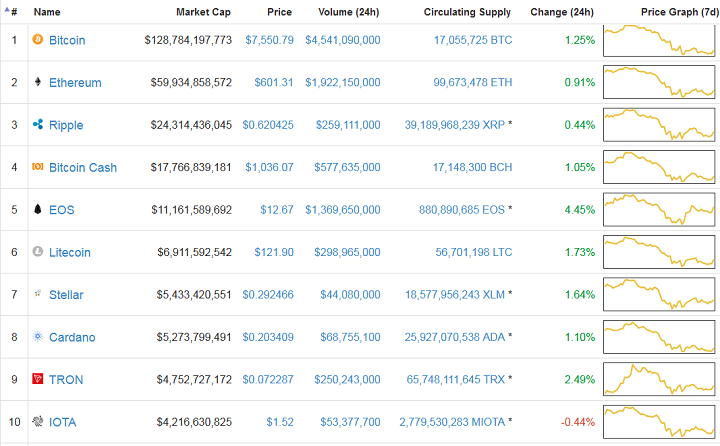 Bitcoin Should Be Able to Adapt

The critical question is where does Bitcoin’s destiny lie? Sonnenshein believes there is hope for the digital currency as long as there are continued improvements upon the technology. The managing director of Grayscale investments said that Bitcoin’s future is tied to its ability to remain relevant in the emerging digital currency landscape which it has historically dominated right from the outset.

Bitcoin does have one crucial advantage – it is an open source protocol. Thus, if a paradigm-shifting technological breakthrough emerges, it should be easy to incorporate at least some aspects of it into the network.

Where do you stand on the boom/bust debate? Do you think Bitcoin can adapt to changes in the crypto ecosystem? Let us know your thoughts in the comment section below.