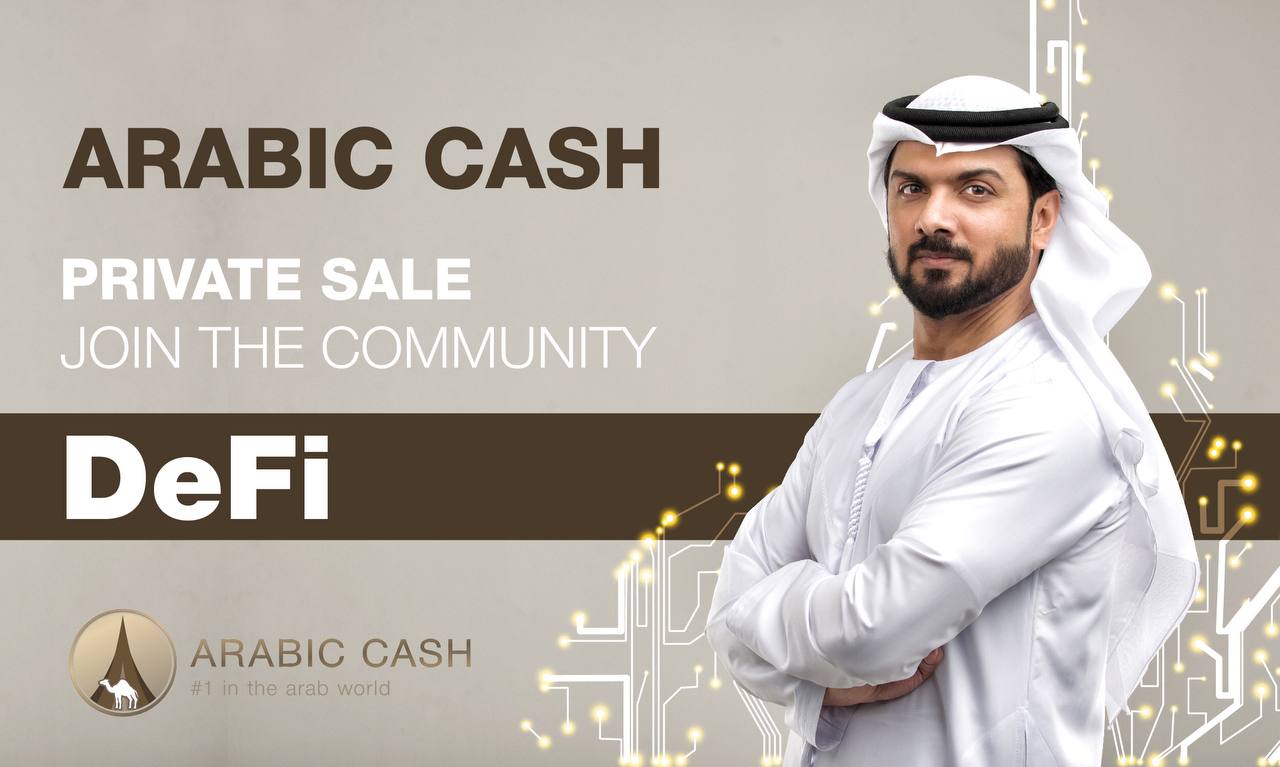 Despite the fact that Arab oil is running out, the entire region continues to develop rapidly. The United Arab Emirates (UAE) has created a new economic oasis in the middle of the desert, and now the state is ready to challenge Silicon Valley. The Arab crypto industry is growing faster than local skyscrapers. One of the most high-profile projects of the crypto community in the Arab World is Arabic Cash.

In 2018, when the amount of investments in Arab fintech projects exceeded an incredible $320 million, Sheikh Mohammed bin Rashid decided to completely digitize the Arab Emirates. He announced the launch of the “Blockchain Strategy 2021”, which aims to make the UAE the world leader in digital adoption. According to the sheikh, this year alone it will save the government up to $ 3 billion, which the country spends on paperwork.

“The introduction of this technology will affect the quality of life in the UAE and will increase the level of happiness of citizens. 50% of government transactions at the federal level will be conducted using blockchain technology by 2021. This will save time, effort, resources and allow people to conduct most of their transactions in a timely manner, consistent with their lifestyle and work. ”

In support of the government’s 2021 Blockchain Strategy, the independent joint group of Arab developers announced the creation of the “Largest Arab Investment Strategy” in March this year. A completely new decentralized financial instrument should make it easier to attract global investment to the fastest growing region on the planet. We didn’t have to wait long – at the end of March, the Arab project of the new economy 3.0 appeared to the world under the name Arabic Cash (ABIC).

Even before going public, the Arabic Cash crypto project attracted the attention of large real estate investment funds in the United Arab Emirates. Within a week after the launch, the project raised 50% of the planned funds for the First Round of Private Sale. In the near future, the project promises several high-profile announcements that will clearly attract most e-commerce investors.

What is ARABIC CASH and what solutions does the project offer?

According to insiders, this is the world’s first decentralized financial project that works on the principle of loans and deposits, backed by Arab investments. It aims to attract new investments in the development of the digital economy of the United Arab Emirates. This means that now everyone who wanted but could not invest their money in Arab projects can now do it in a matter of minutes from a personal computer or smartphone.

Up to this point, the problem has been the difficult monitoring of traditional finance by the UAE. Investors faced many obstacles: from obtaining a visa, to a complicated procedure for checking accounts, where they had to report for every cent. In 2018, the government of the Emirates began implementing reforms to support digital investment. And Arabic Cash is a direct confirmation of these reforms.

What are the prospects for the Arabic Cash project?

In addition to organic growth, investors can be guaranteed to expect 35.6% per annum for staking, that is, for keeping the token in the account. These crypto dividends are available thanks to the features of DeFi technology, which is independent of demand and rewards investors for replenishing and maintaining the liquidity pool.

In addition, investors can be confident in the safety of their funds, because Arabic Cash was created in the Solidity language of the BEP20 protocol on the Binance blockchain. This speaks of the maximum protection against hacking, as well as the minimum fees for transferring funds.

Trading commission and distribution of rewards

Arabic Cash will apply a 0.30% commission on all swaps / trades, of which 0.25% will go to liquidity providers (LPs) and 0.05% will be converted into ABIC tokens and given to ABIC holders as an additional reward.

Liquidity providers are issued liquidity pool tokens (Arabic LPs) that represent their share of each pool and can receive a portion of the fees collected in these pools when liquidity is withdrawn. LPs can then stake their Arab LP tokens to receive the ABIC token reward.

Arabic Cash offers a practical opportunity to invest in the digital economy of the United Arab Emirates for everyone on the planet. Financial experts predict a sharp rise in price for ABIC already at the stage of Public Trading, which will start with the completion of the Third Round of Private Sale – June 2021. And this year the Arabic Cash will reach one of the largest crypto exchanges in the world – Binance.

You can get more information on the official Telegram channel Arabic Cash or on Twitter.