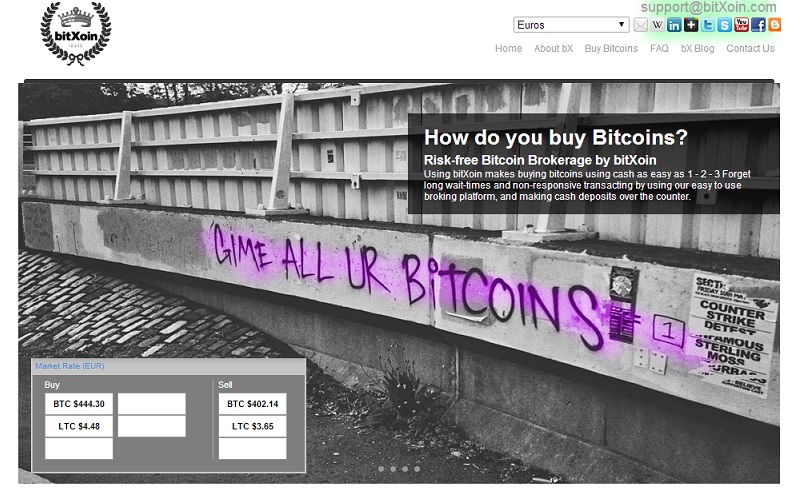 Several users of LawAnswers an Australian online forum have been claiming to have paid over $10,000 to the Queensland-based crypto-currency exchange bitXoin for bitcoins they never received.

From what we could find, it appears that bitXoin’s online shop is now closed.

One of these affected users, Jamesq, says he lost 2500 AUD; he posted a letter email appearing to be from the bitXoin owners, acknowledging that there had been some problems and that they would be willing to offer some equity provided by an obscure Hong Kong company in an unspecified “business” in return, but it never mentioned that requesting a refund was possible. The email reported that the exchange had just been acquired by Aureus Prime Factor Limited (APF), a company established as a crypto currency investment manager and business incubator. They explained that the company did not wish to see counterparties suffer financial losses and in return Aureus Prime would arrange some kind of compensation through issuing “crypto-securities in the revamped bitXoin.com business to disaffected customers”. These issued “crypto securities” would then be split out to disaffected small customers in proportion to their loss and they would be pegged to a valuation lower than subsequent issues. Apparently, the email is signed by David Collinson, identified in the email as the Managing Director of RGI and related Australian entity Roosevelt Group Pty Ltd (RG).

“Is with regret that I must inform you BITXOIN PTY LTD has, effectively, ceased trading”

According to Australian Security Investment Corporation (ASIC), Roosevelt Group (RG) was registered in Queensland on July 19, 2013. The Hong Kong Companies Registry says Aureus Prime Factor Limited was incorporated on December 13, 2013 and that Roosevelt Group International Limited appears on the registry and was incorporated two days earlier on December 11, 2013. This information’s have led some to believe that there was some kind of scheme going on.

An Australian News agency, immediately tried to contact David Collinson via email but he declined to comment on the state of bitXoin for this article. The user however says the company has ceased trading, and according to government

records BITXOIN PTY LTD’s status is “active” so it would be assumed the company was to be opened for trading but in fact it has been shut down. The user goes down with an extensive list of complaints such as embezzlement by a former business partner, bank error, international wire problems, missing wire transfer amounts, coding error resulting in trading at a loss, timing losses resultant of missed orders and interim movement in market prices and failure of large orders to complete.

One other user, with the username Norm, claims to have lost almost $7000; he says that he was contacted be this David Collinson requested him to sign a confidentiality agreement. Norm pointed that he was ready to get to an agreement since it meant no loosing all his investment.

Many users are said to be affected by this shut down but the majority has kept silent. The Australian bitcoin ecosystem will surely resent from such events. This is the kind of situation that gives digital currencies a bad name and maybe regulation over these matters could be one solution to protect the consumer.