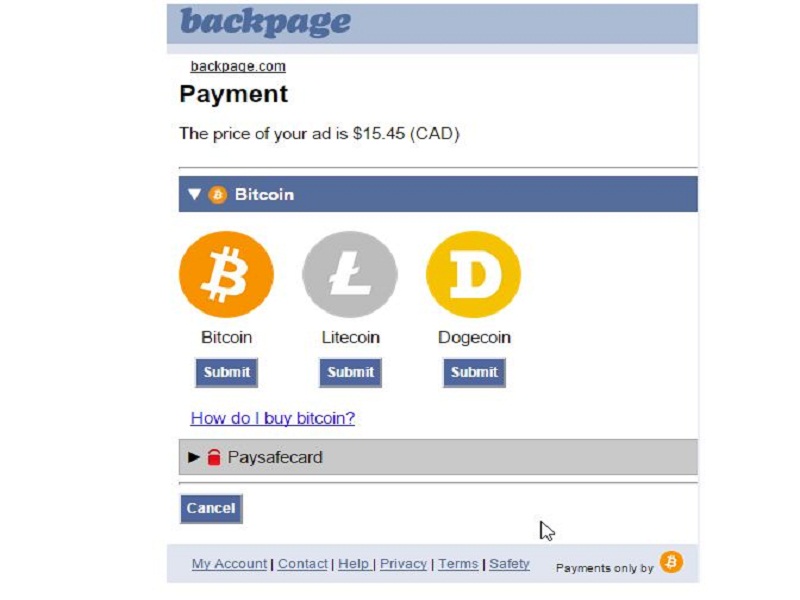 Backpage says “screw off” to squeamish credit card companies Visa and MasterCard by dropping fees for adult ads and announcing that it is going to accept all digital currencies like Bitcoin, Litecoin, and Dogecoin. Some estimates say Backpage’s acceptance could open up a $100m (£64m) opportunity for Bitcoin, since it is one of the site’s only remaining payment options.

This decision came as Visa and MasterCard cut off their services to Backpage, citing illegal or brand-damaging activities as the reason. Therefore, users who want to post ads on Backpage must now use Bitcoin, Litecoin, or Dogecoin to pay the posting fees. The decision by the company makes it the first mainstream resource of its type to experiment with a cryptocurrency-only payment model. 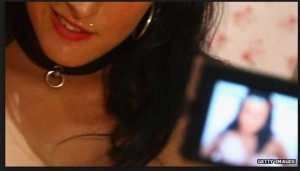 It looks like the decision by Visa and MasterCard to stop processing Backpage payments came from a request by Thomas Dart, the Sheriff of  Cook County, Illinois — who is on a crusade against Backpage.com. Furthermore, it seems that Dart’s crusad is more about moral policing than anything else. Dart had written Visa and MasterCard, saying that he objectively found Backpage to promote prostitution and facilitate online sex trafficking, and it was their moral duty to act and take a step towards solving the problem.

Backpage has been under pressure from lawmakers and law enforcement for years to end adult-services advertisements. However, Backpage’s profitability has enticed the company to continue operations. The Cook County Sheriff’s Department says that in April alone, Backpage published over 1.4 million adult-services ads in the U.S. and earned roughly $9 million in revenue per month through that channel.

Though some harm-reduction groups have praised the move by Visa and MasterCard, other people have shown concerns that it could lead to some sex workers, who were working independently by advertising on Backpage, being pushed into the street. Lindsay Roth, Board Chair of the Sex Workers Outreach Project, stated that saying that this policy effectively disenfranchises thousands of sex workers across the country who do not have access to any other means of online-advertising. Showing her concern towards the sex workers, she said that those who may have worked independently prior to the policy change may now have to rely on third parties, including traffickers, in order to meet their needs.

Bitcoin Payments on Adult Sites are Not Uncommon

Upon receiving the letter from Dart, Visa and MasterCard announced that they will refuse to process payments for “adult” ads on Backpage.com. Moreover, as American Express did the same earlier this year, Backpage has no other choice but to accept digital currencies. Interestingly, the leading adult site Porn.com also started accepting Bitcoin payments in early 2014. However, the website also accepts traditional credit card payments, PayPal, and online cheques.

Thus, Bitcoin payments on adult sites are not uncommon, and the decision by Backpage is another example that is going to encourage others to embrace digital currency if they face embargoes from the traditional payment processors. There are several advantages of using Bitcoin to pay for adult content; for instance, the users who are not too keen to share their credit card data with adult websites have perfectly good reason to pay in Bitcoin.

Adult content accounts for as much as 30% of total internet bandwidth and adult websites attract more than 450 million unique visitors each month. According to Blockchain.info, the average daily Bitcoin transaction volume currently hovers around $40m, meaning that payments through Backpage could account for around 0.75% of the cryptocurrency’s transaction volume.

What do you think of Backpage’s decision to embrace digital currency? Let us know in the comments below!

Disclaimer: the author of the story is neither associated with Backpage nor has any vested interest with the company.