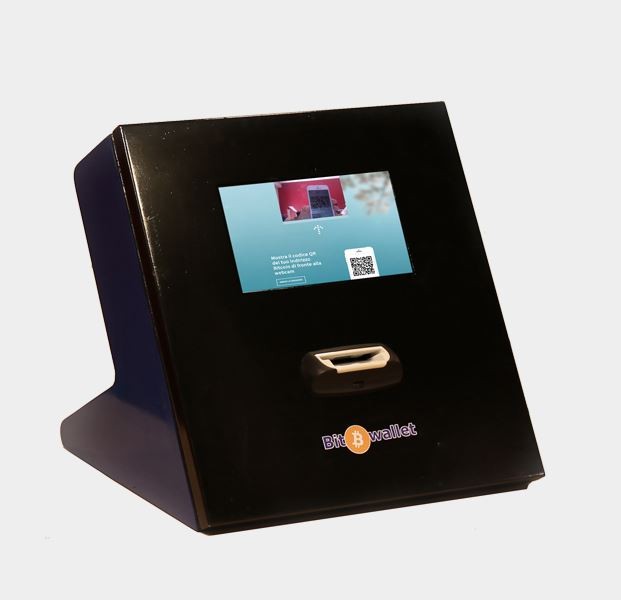 An Italian based company, Bit-Wallet, in collaboration with an Italian crypto currency consultant company CoinCapital, as launched the first Italian Bitcoin vending machine. 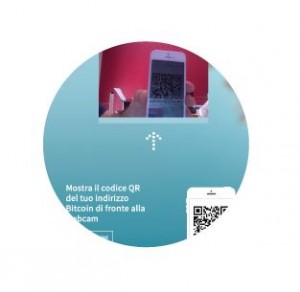 This Bitcoin machine is quite similar in characteristics to Lamassu Bitcoin machine and would be a good competitor taking into account, the price. It allows by default one-way operation of buying Bitcoins, but also has an option to become two-way fully functional Bitcoin ATM.
The machine weights 20kg and cash acceptor can be set to accept any currency. For operating the machine requires connection to internet over Wi-Fi.

Bit-Wallet, started by Stefano Mezzetti, is Italy’s first Bitcoin ATM vendor. The Company is shipping its machines to expand the use of Bitcoin in Italy and rest of Europe.
According to BitNodes, Italy is one of the top 20 countries based on the number of Bitcoin nodes. Bit-Wallet is promising local support to the Italian market, where Bitcoin is steadily on the rise. 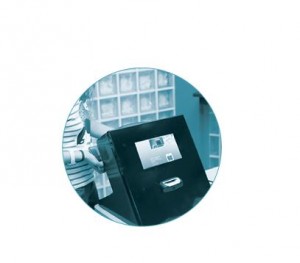 With the launch of Bit-Wallet, CoinCapital and Bit-Wallet have moved into a local niche space of Bitcion ATMs, competing with the better known global companies.
Stefano Mezzetti says:

“Our primary market focus is the Italian and European market. We have a strong advantage in knowing the local market, local regulations, and in interacting with merchants interested in bringing Bitcoin to the masses. Unfortunately Italy is not an easy place for doing business, but on the other hand this is one of our advantages.”

The Vending Machine was designed in a partnership with CoinCapital, which is an Italian blockchain consultancy firm, helping spread the use and adoption and awareness of Bitcoin in Italy. CoinCapital, was the first company in Italy to organize the first hearings about Bitcoin at the Italian parliament. 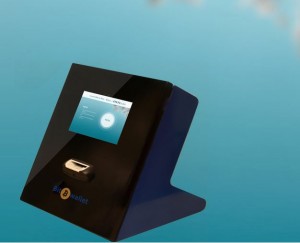 The company is still developing new features, such as providing additional liquidity through external Bitcoin exchanges (it currently uses its own exchange to provide liquidity). Stefano Mezzetti said, the company is working on AML/KYC systems to make the Bitcoin ATMs more usable not only in Italy but throughout Europe, as crypto currencies come under increased scrutiny of the governments.

When asked about the differentiating factors of Bit-Wallet, Stefano cited a superior design and competitive cost of the Bitcoin ATM provided by Bit-Wallet. Each Bit-Wallet machine is a uni-directional Bitcoin ATM (allows once to purchase Bitcoin for fiat) and costs €3,100. The ATM weighs 20kg (about 45 pounds).
Italy isn’t the friendliest jurisdiction when it comes to promoting Bitcoin. In fact, back in July, Attorney General of Rome, Luigi Ciampoli, warned that bitcoin could be used by criminals and urged regulation that would allow authorities to trace and identify parties involved in Bitcoin transactions. Bank of Italy also warned about the potential risks surrounding Bitcoin.

Bitcoin is still growing in popularity in Italy, and several retail locations already have their own Bitcoin ATMs installed. The most recent Bitcoin ATM, installed at Unity, a contemporary clothing store, in the city of Reggio Emilia, was quite a hit with the locals. Now with Bit Wallet’s mission to conquer the Italian Crypto currency market we will be seeing many of these equipments coming out to various cities across Italy.