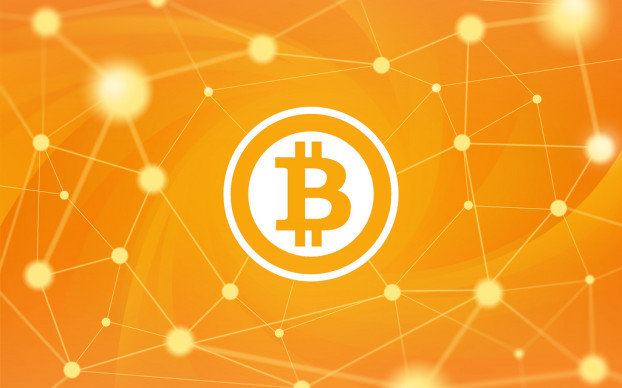 by Norbert Kovacs
in Bitcoin, News
4

Just when you thought you had comfortably wrapped your head around the whole Bitcoin thing, some restless coders up and add another layer of complexity to the world’s preferred brand of magical internet money. A new wave of decentralization may soon be upon us. Lusty possibilities abound.

More and more people are coming to understand Bitcoin as both a medium of exchange and a nifty (nerdy) payments and communications system. It is at once a currency, a platform, a protocol, a network, an ethos. In freeing the channels of information transmission, decentralization unleashes latent creativity. A thing of beauty, but man can arguably not radically decentralize all human association by the Bitcoin protocol alone.

While public attention largely fixates on short-term price adjustments, community creators have long since turned to new frontiers in decentralization and exchange. Next on the docket are developments in Bitcoin-based corporate governance, derivatives markets, and information markets. 2014 could be a big year for these embryonic non-“currency” applications of the Bitcoin experiment.

The first thing we do, let’s kill all the managers

Are you ready for the firm’s own nature to make itself redundant? You’re not alone. Unwilling to settle for one mere revolution in the financial space, a subset of constitutional connoisseurs want to extend the decentralized logic and tools of Bitcoin to the stodgy world of corporate governance. They race against their own dreams of Distributed Autonomous Communities, or DACs, autonomous entities that pursue defined goals according to their own rules without a central point of control.

The Bitcoin protocol itself can be thought of as the first DAC. Bitcoin holders are really just the “equity shareholders” of “Bitcoin, Inc.” Miners, the employees, suffer impressively few principal-agent conflicts–they vote with their hashrates. Corporate policy within the firm is universally-known and virtually non-violable. The conceptual elegance of this first “shareholder-owned, employee run, not-for-profit cryptocorporation” has been long admired.

Some believe DACs can be used to administer more than just smart money. If this sounds like a tall order, well, it’s because it is. Setting the right strings to coordinate distributed currency creation and transaction verification is one thing; anticipating and accounting for a nimble, dynamic, thoroughly modern corporation’s many needs and means and flowcharts and contingencies is quite another. Early dispatches hint at some cryptographic solutions.

It’s easy to conceptualize DACs through their figment agents’ stone code of conduct; like Asimov’s robots, Bitcoin’s DACs could be behaviorally bound by their own set of three incorruptible laws. This core secured, entrepreneurs could then optimally structure their DACs’ internal pressures (and outsource the rest) to decentrally provide courier, banking, identity, investment, legal, and even governmental services for fun and profit. The only limit is yourself–and maybe the sophistication of the machine learning algorithms that you can employ.

Many of the needed tools already exist. Assuming that a well-designed DAC can adequately “think” and generate and maintain capital–as the Bitcoin protocol does–the next challenge is properly navigating and interacting with relevant market data through time. A DAC that is unable to identify profit opportunities and consumer desires will be useless no matter how gorgeous its protocol’s design. Vitalik Buterin suggests that a combination of careful computational democracy and, say, a standard of signed API requests can respectively function as synthetic dynamic inputs and outputs of each DAC. (He also has some big ideas on how to best identify this new species of exquisite corpora). Strategic opinions differ, but the right questions are at least being simultaneously entertained. Ripple, Mastercoin, Namecoin, ProtoShares, and colored coins are a few examples of proto-DACs that are developing in real time.

Put your bitcoins where your mouth is

This emerging Bitcoin layer will be interdependent and mutually-reinforcing. DACs would come to rely on oracles, distributed financial markets, and distributed information markets to best pursue their directives. Some of these public goods will be provided by DACs. Others could be provided as standardized distributed contracts. Improvements upon one utility will yield enjoyable externalities for others and the network as a whole (although the risk of an opposite unpleasant outcome would likely never be quite zero). Still, this is hardly helps our short-run problem. It’s hard to anticipate the rough equilibrium from where I’m gawking.

I do see some exciting projects. First, there already exist a few Bitcoin-based, but not fully decentralized, prototypes of the desired distributions. Price volatility got you nervous? Join the suits–a decentralized Bitcoin derivatives market is widely coveted as a holy grail among the financially-focused. The details for a fully distributed derivatives market are still largely theoretical, but you can tide yourself over with some of the existing centralized (caveat emptor!) futures markets, like ICBIT and MPEx, for now. Or you could trade OTC Bitcoin futures with fellow enthusiasts in IRC channels. There are a few early Bitcoin-based predictions markets as well. Predictious and BetsofBitcoin facilitate Bitcoin-denominated information betting as Princeton researchers fancy a better model. Meanwhile, others seek to remove even these middlemen.

What would a useful distributed derivative/information market look like? For one, you’d want an accessible listing of going prices and bets. This would help price discovery and could also provide market information to passing eager to please DACs. Next, the market would, by definition, be distributed to prevent single points of failure or control. These two qualities can create a slight tension; entrepreneurs so far have sacrificed the elusive second quality for the expedient sake of the first. The community has proposed a number of solutions to the problem of providing accessible distributed information markets.

Take colored coins. The HTTP to Bitcoin’s TCP/IP, the colored coins project aims to tie Bitcoin’s functionality towards digitally transferring other IRL items of value. It fits snugly atop the Bitcoin protocol to extend the blockchain ledger-keeping afforded BTC to a new world of assets. Transfers of gold, stocks, bonds, derivatives, or mortgages can be recorded on the blockchain as a “colored” bitcoin transaction. I can transfer ownership of some non-BTC asset to someone else by “coloring” or “marking” a small unit of existing BTC and sending it to the recipient through the blockchain. The Bitcoin layer records the transaction as usual while the colored coin layer denotes ownership to all participating nodes and clients. “Colors” are the bridge between the blockchain and the non-BTC asset colored coins layer. The alpha release of the first colored coins wallet, ChromaWallet, provides an early sketch of how colored coins peer-to-peer exchange might operate.

There are competing schools of thought. Mastercoin, for instance, is similarly a new protocol layer built atop Bitcoin but it is also a unique currency and platform. Like colored coins, Mastercoin seeks to extend Bitcoin functionality to non-BTC assets. Instead of coloring existing bitcoins, however, Mastercoin allows users to create and transfer their own asset-linked currencies at will that are then communicated and recorded in the blockchain message space. As a cryptocurrency, Mastercoin’s unconventional genesis, mining, reward, and incentive structure has raised a few eyebrows. On the other hand, Mastercoin developers argue that Mastercoin‘s enhanced features are an attractive draw. The problems may be fixable. For now, Mastercoin, BitShares and the colored coins project enjoy an amicable relationship as they pursue similar solutions from different vantages–they recently formed a “self-regulating organization” to develop standards and a “solid legal foundation” for their mutual going concerns.

The punch line has been made redundant

I often feel I’m hardly scratching the surface of this quiet distributed revolution. The new layer of the Bitcoin ecosystem is already lush and daring even in the dew of its awkward adolescence. As I dig deeper, I darkly see how new parts can fit together, what parts are still needed, and what functions I too quickly took for granted. By the time I show off my fuzzy picture it will have always inevitably been obsolete in some way or another. Things are moving really fast.

Of course this will catch a lot of people off guard. Some combination of DACs, distributed contracts, software, non-BTC asset transfers and higher protocol layers will render more trusted third-party intermediaries of the paleoeconomy (and their handlers) irrelevant. Large portions of the economy invested in centralized stock and bond exchanges, asset and derivatives markets, and even legal provision could become redundant sooner than many know. Should these ventures succeed, the Bitcoin community will face another round of public scrutiny and pressures to justify or amend their existence. Someday, they might be able to just ignore them. The implications are unclear but uncomfortable.