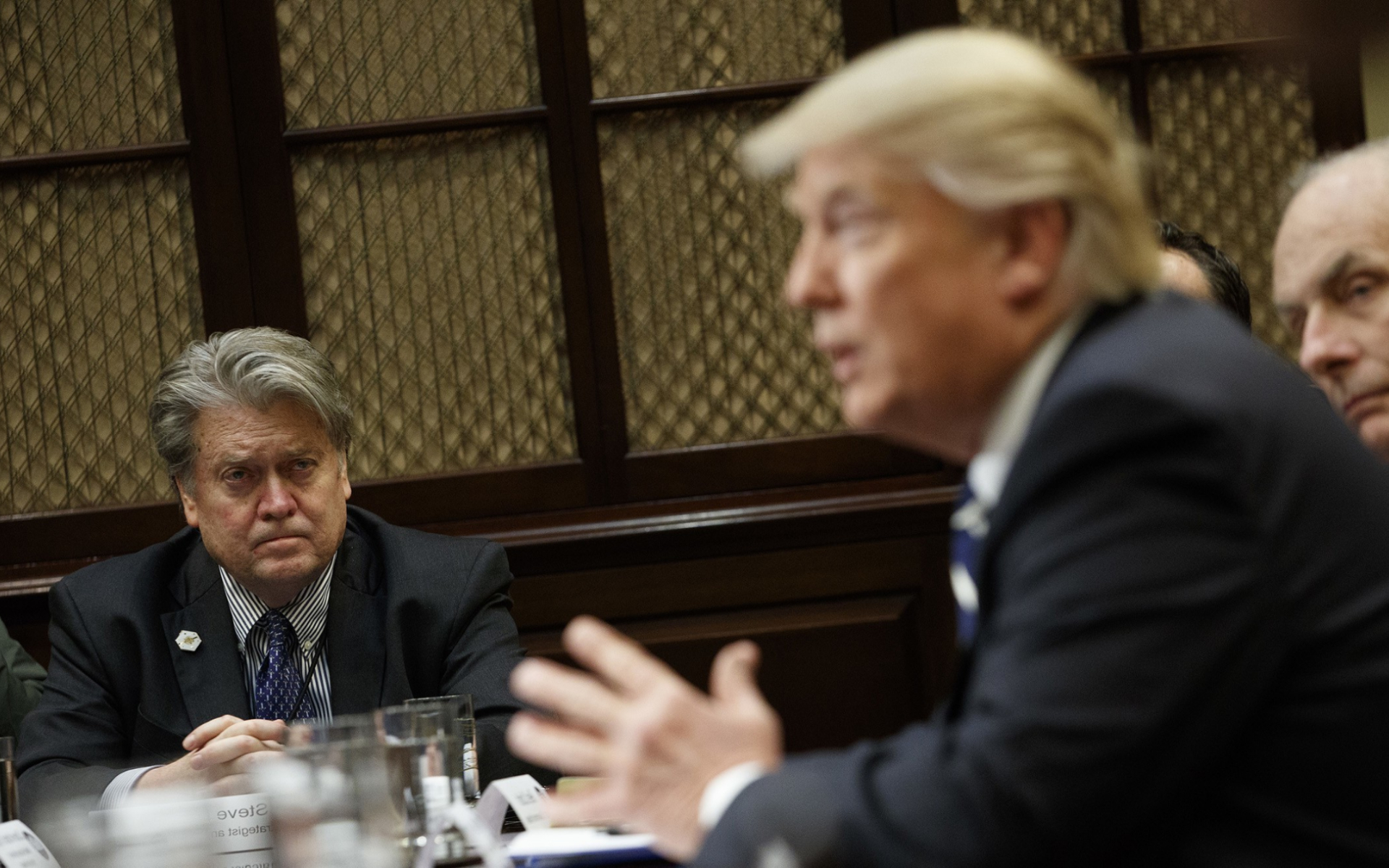 US President Donald Trump is not a big fan of bitcoin. But that does not stop his former advisers from saying positive words about the world’s most expensive crypto asset.

Steve Bannon, who was the chief strategist to Trump during his first seven months in the White House, thinks cryptocurrencies like bitcoin have a big future. The controversial right-winger said in an interview with CNBC Squawk Box that he was confidently purchasing the cryptocurrency when it was going down during the 2018 meltdown, adding:

I think they could be a very important part going forward particularly in this global populist revolt.

"I think cryptocurrencies have a big future," says Steve Bannon. "I think they could be a very important part going forward particularly in this global populist revolt." pic.twitter.com/lYce7qzrIY

Populism, according to many political think tanks, defines the cause of ordinary persons in a democracy against vested interests. Bitcoin, which rose to fame in the wake of the 2008 financial crisis, has long posed itself as an independent currency, wherein the community joins hands to produce fresh bitcoin tokens (with a hard cap of 21 million) units), confirm transactions, and maintain the entire transactional history on an unhackable public ledger.

Bannon, who has long been a part of the so-called ‘bitcoin revolution’, has repeatedly claimed that he likes the cryptocurrency. In an interview last July with CNBC, he claimed that he owns some as well.

“They are the future,” Bannon said of cryptocurrencies.

Bannon was speaking on the sidelines of Trump’s announcement to slap additional tariffs of $300 billion on Chinese imports. The conversation slipped into the area of cryptocurrencies when one of the CNBC hosts asked Bannon about his views of Facebook Libra. A cryptocurrency enthusiast, Bannon insisted that Libra is an answer to China’s WeChat that could boost dollar’s online users across the world, especially in the countries that are already testing such solutions.

The comments differ hugely with a majority of lawmakers and regulators in the US who see both Libra and Bitcoin as tools to run money laundering scams. Treasury Secretary Steven Mnuchin, in mid-July, called cryptocurrencies “a national security issue.”

What do you make of Bannon’s pro-Bitcoin comments? Add your thoughts in the comment section below!