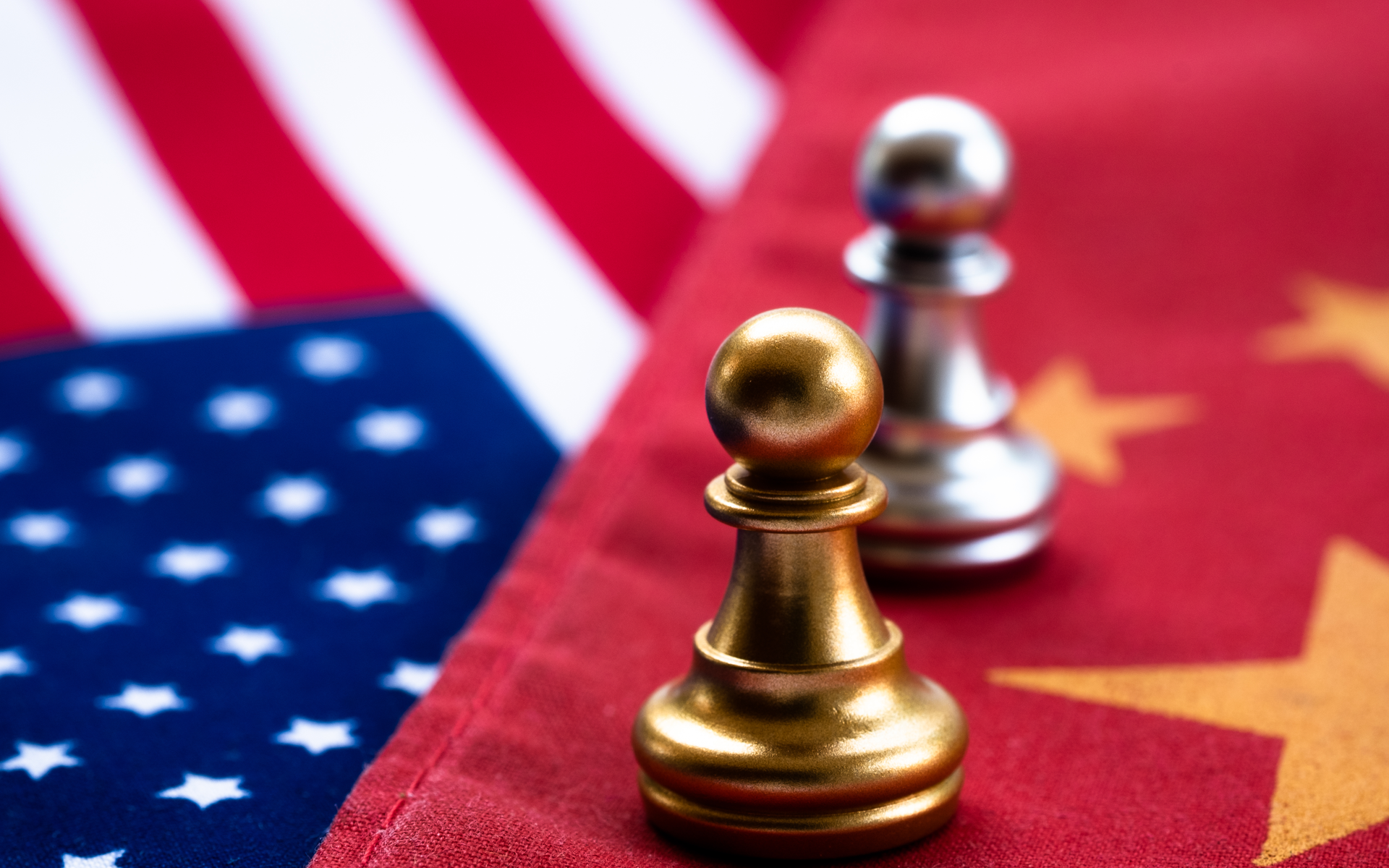 Bitcoin Is Already Winning the US and China Trade War

After five months of ceasefire, the US-China trade war is getting uglier by the day–and that’s good news for Bitcoin.

The Many Reasons Bitcoin Price Is Pumping

Ask any key industry player or analyst why Bitcoin price is rising and they’ll probably give you a different combination of answers.

Front-running, coordinated buying, big business moves, and even the role of Bitfinex and Tether are all perfectly plausible reasons. But perhaps there’s one greater driver here that’s luring investors to Bitcoin: the US-China Trade war.

The US-China Trade War Is Getting Uglier By the Day

Moreover, on Wednesday, the Trump administration took dramatic action to add Huawei its exports blacklist and effectively ban the company from selling its technology in the U.S. market.

This move against the Chinese mobile giant is certain to provoke a catastrophic response from Beijing, and its effects will be felt around the world. It’s an act of aggression from the U.S. that will not only hurt the Chinese technology company but also impact global technology supply chains.

As stocks plummet amidst this dangerous game in which there can only be losers, all the action is giving Bitcoin a boost. More than one analyst has called Bitcoin a “safe harbor asset” like gold. Max Keiser commented on the billion-dollar Bitfinex fundraise:

Bitcoin is the best safe haven currency in the world.

JP Morgan is telling people that the trade war between the US and China could boost safe haven currencies.

Bitcoin is the best safe haven currency in the world.

The Chinese Yuan in Free Fall

The Chinese Yuan hit a five-month low against the dollar yesterday, depreciating by more than 6.9 to the U.S. dollar–its weakest level since December.

While one might argue that a weaker currency makes exports cheaper, there’s also the very real concern that Bejing has over capital flight.

Maybe just a coincidence but you tell me

Bitcoin is winning the trade war while China and US is a lose-lose pic.twitter.com/8FmVcaHjjh

And in fact, if you look at the chart below provide by Zero Hedge, you’ll already see an “uncanny correlation,” between the Yuan and Bitcoin. 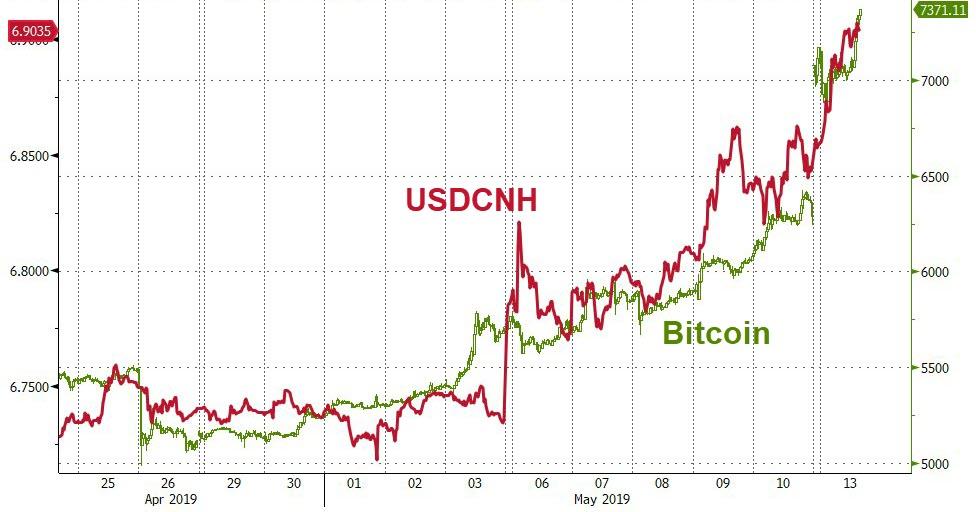 A weak yuan, a high dollar, the certainty of Chinese retaliation, and growing supply pressures on crude oil pushing up its price, are all causing a perfect geopolitical storm for investors to seek safe harbor assets.

While Trump looks hell-bent on carrying on with his game of Russian Roulette with China, Bitcoin is proving to be a safer bet.

Will Bitcoin price keep climbing amid growing rift between US and China? Share your thoughts below!