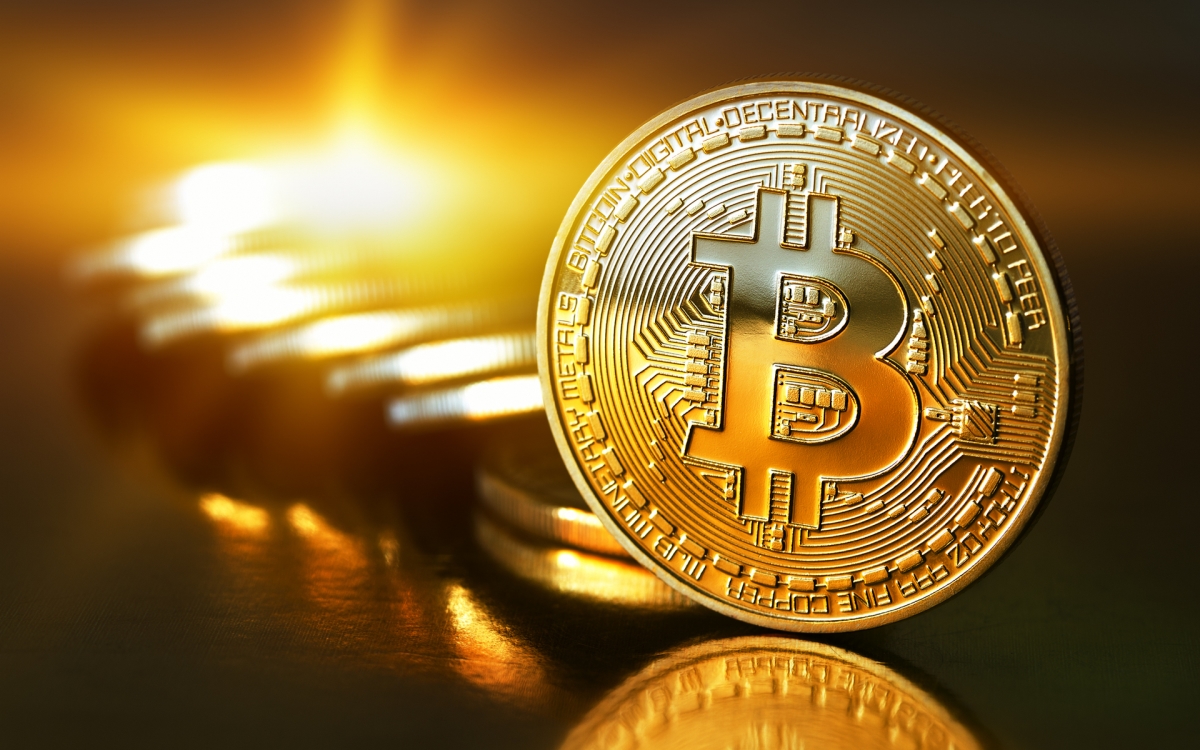 When Bitcoin Price Passes Gold, Which One Will Really Be Worth More?

Bitcoin’s legendary February ‘bull run’ has created an uncomfortable, but inevitable fact. There will be a day in the very near future when Bitcoin price will exceed an ounce of Gold. At that point, which will truly be worth more? Bitcoin or Gold?

The answer may depend on which side of the tracks you are from. The two commodities share a lot more in common than one may think. Bitcoin is called “digital gold” because it is so similar in concept to the precious metal. Gold is known for its scarcity, but Bitcoin is considerably more scarce. Both are used as a hedge against inflation and both represent the pinnacle of their asset class.

Gold is currently on a “bull run’ of its own, passing $1,250, after starting the year at around $1,150, but Bitcoin price started the year at around $970, so it is only a matter of time before the more volatile digital currency reaches its next benchmark.

It is not a matter of if, but when. And when this does take place, the mainstream may initiate another run at Bitcoin, fueling more demand and growth. Bitcoin may then be considered a worthy alternative to Gold. 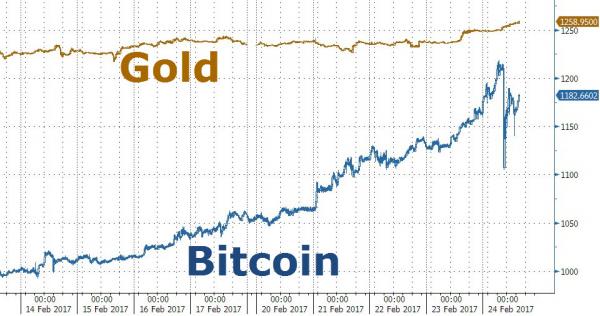 Bitcoin is not designed to replace the dollar anytime soon, but it may end up replacing Gold as the most valuable commodity of the future. Its value has been said to be headed for  $1 million (said Business Insider) in the future if it does gain traction in the global e-commerce market as a preferred mode of payment.

Gold hasn’t shown any such potential for such growth versus the global reserve currency in all of its thousands of years because it is definitely not as finite in supply as BTC is. There are far more than 21 million ounces of gold on this planet, and gold is still being mined to this day. Gold supply may never run out.

The Romans used to add copper to gold coins to dilute its value, and basically scam the populace.  Could you tell pure Gold from not? 8k from 14k from 24k?

Bitcoin’s Downside Risk Not For All

Bitcoin does have some downsides when compared to gold or the USD, like its volatility. Bitcoin generally shows ‘upward volatility,’ but it is volatile all the same. In January alone, it rose from $968 to over $1,100 and fell down to less than $780, all within one week. This never happens with Gold or fiat currencies, which makes Bitcoin a less than desirable replacement for money.

“Bitcoin’s downside deviation is still several orders of magnitude higher than that of gold or currency,” says Tyler Durden of ZeroHedge. “Over the past two years, Bitcoin experienced a downside deviation of >45%. Since the beginning of data in 2010, it was >100%. The volatility – or to be precise, the downside risk – makes it difficult for Bitcoin to be more widely adopted as money. What speaks for Bitcoin is that it has shown stellar performance over its short lifespan, but this stellar performance comes with considerable downside risk.”

This Gold Has Plenty of Flaws

So Gold is definitely more stable, but Bitcoin is definitely more useful. Ask the people of Venezuela right now how useful Bitcoin is when their national Bolivar is virtually worthless. Many in Venezuela are using Bitcoin to shop on Amazon (you can buy Amazon gift cards at Gyft and other online retailers) and have food into the country.

Bitcoin is literally saving lives. Gold not so much, as there is little food to be had in the country, and even if there was, you couldn’t use gold effectively to get it. Plus, have you ever tried to move gold across national borders? This is child’s play for purely digital Bitcoin, but the drones at your crossing are trained to dissuade you from moving your personal wealth in metal so easily.

You will be limited in how much wealth you can take with you on your trip, and you will end up on somebody’s list for attempting this level of financial freedom. Bitcoin owners never have that problem, at least in transit.

Gold is a shiny construct of value, most sent in ETFs or other digital forms representing its quantity and value. They should both prove to have a greater shelf life than any fiat currency since there has never been a fiat currency that hasn’t eventually reached its true intrinsic value, which is zero.

In closing, I have never actually held a piece of 24k gold in my hand, and many of you reading this have not either, and never will. So again, the gold shares more with Bitcoin than you may realize. Even if you were one of the 1% that did physically hold some gold, what could you really do with it?

So in these uncertain economic times, all I can say is pick a side and start investing. If you can, buy both. Governments have tried to curtail Bitcoin use and the digital market adapts and grows like a virus, actually getting stronger and more diverse with each attempt at control.

Neither Bitcoin nor Gold, are going anywhere, so get it while it’s somewhat affordable. This may be considered a ‘Golden Age’ in wealth investing. What’s in your (digital) wallet?

Do you prefer gold, Bitcoin or both as a store of value? Let us know in the comments below!