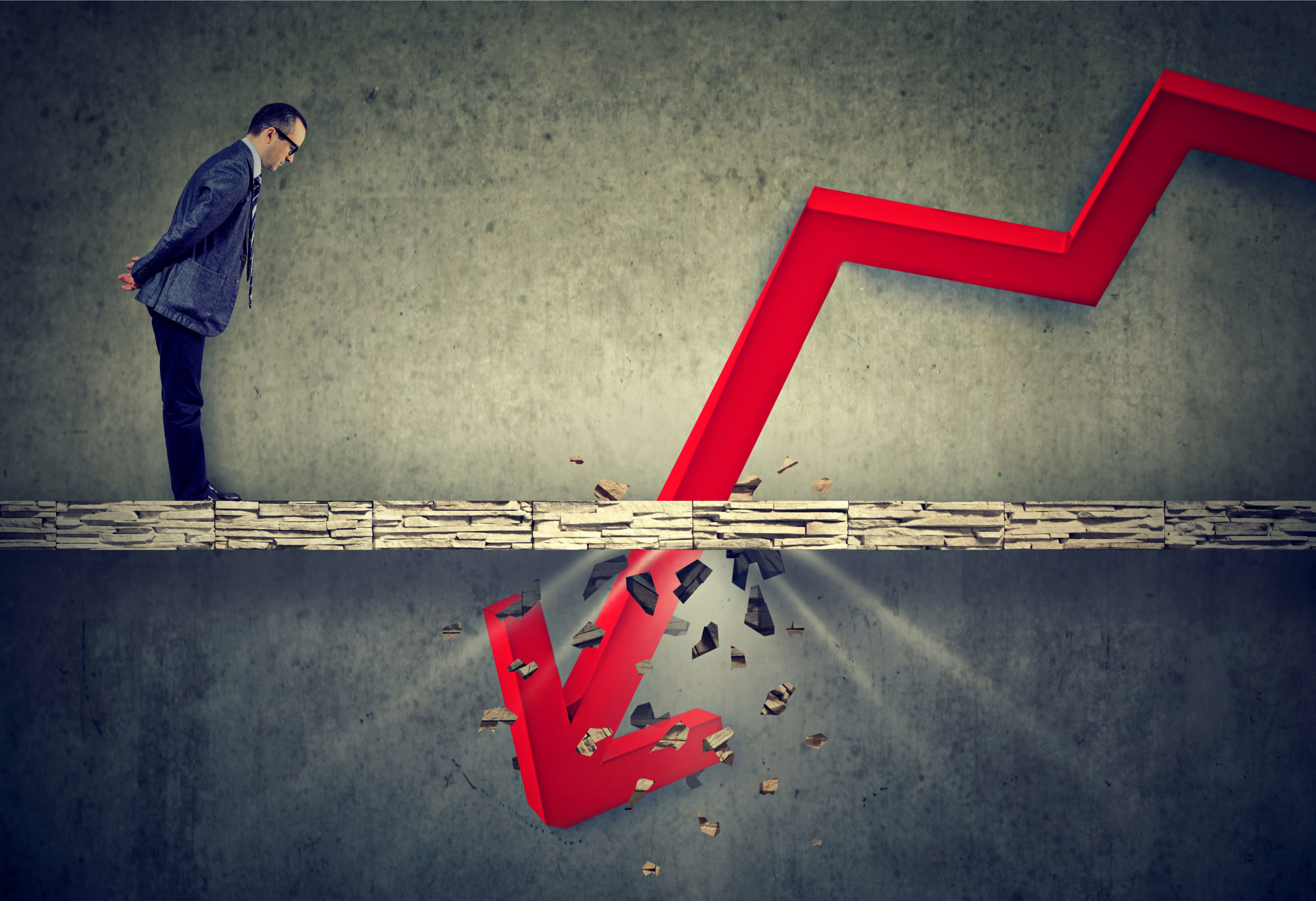 Bitcoin Price to Crash Back to $3.8K, Veteran Analyst Predicts

If you’re taking solace in Bitcoin’s recovery over the last few days, it may be time to catch your breath. According to one veteran analyst Fil₿ Fil₿, we’re about to see a Bitcoin price crash to as low as $3.8K.

Bitcoin Price Crash Back to $3.8K

Hold tight. Things are about to get ugly. Experienced Bitcoin trader Fil₿ Fil₿ posted out his analysis on the price movement of Bitcoin last night. And it’s not at all pretty. He simply said:

As the caption above this sobering chart:

He didn’t provide any further comment in his tweet. The chart pretty much speaks for itself. You can see Bitcoin forming a bullish double bottom, retesting the same lows it hit earlier this month sometime in the next couple of weeks. This same pattern has been seen two times before in Bitcoin’s chart over the last 6 months, and has typically led to new highs.

Still, if his predictions are right, the price of BTC around the time of the halving is less than ideal at under $7K.

This will be a trying time for many miners using older equipment that fails to break even at that price. Of course, as with all price predictions, nothing is set in stone. It’s also possible that the number-one crypto-asset continues to rise in price.

Other prominent analysts including Peter Brandt seem more confident that Bitcoin will begin to prove itself by continuing to recover. He pointed to the “perfect storm” for Bitcoin, suggesting that it was now ‘make or break’ time. He said on March 27:

Of course, Fil₿ Fil₿’s analysis was met with the usual mixture of comments showing the camp truly split on the future price direction of Bitcoin.

While many were in agreement, there were plenty of followers who shot his suggestion down. Interestingly, another active trader Bitcoin Jack also points to a short-term bearish trend. However, he’s calling for higher lows (in the short-term at least) of between $4500-$4800:

Buy stops above 6060 hit over night, adding some exposure to margin longs 👌 pic.twitter.com/rLpvsmz9k0

Of course, Bitcoin HODlers are used to a rollercoaster ride when it comes to the cryptocurrency markets. For those in it for the long-term, a dramatic Bitcoin price crash to $3.8K shouldn’t phase them all that much.

The price drop may cause miner capitulation. However, it will also be the perfect chance for more people to get on board. And with all that QE going on, the long-term outlook is bullish for speculative investments in general. Once the virus fades, the trillions of dollars of economic stimuli will still be floating around–and eventually, find a home.

What do you make of FilbFilb’s latest bitcoin prediction? Add your thoughts below!