Bitcoin Will Be the Amazon of Cryptocurrency, Says VC Advisor

If the present cryptocurrency price drop is akin to the dot-com crash of 2000, then Lou Kerner believes Bitcoin will be the Amazon of the cryptocurrency era. The top-ranked virtual currency is currently down 77 percent from its mid-December all-time high.

Speaking recently to CNBC, the CryptoOracle partner said that long-term Bitcoin holders reaped massive gains every couple of years. Kerner’s comments come at a time when BTC and other cryptocurrency prices have taken a significant nosedive. 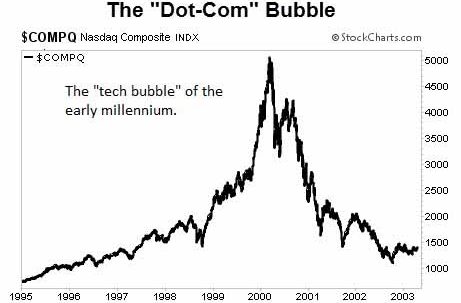 Kerner drew parallels between the current state of the virtual currency market and the situation with tech stocks during the internet bubble and subsequent dot-com crash. According to Kerner, Amazon, one of the largest global conglomerates today saw its share price plummet massively after the crash.

Commenting on the volatile nature of the market, Kerner said:

There was a day in 2013 when we were down 70 percent overnight. Nobody likes being down like this. But this is what investing in crypto is all about.

Seemingly echoing Kerner’s sentiments, Mati Greenspan, Senior Market Analyst at eToro published a tweet showing the percentage decline of some tech stock during the 2000 dot-com crash. Despite losing almost 99 percent of its share price after the crash, Amazon went on to become the second U.S. company to achieve unicorn status – market valuation of $1 million.

Comparing cryptocurrency to the internet bubble of the 90s is a well-worn analogy used by both enthusiasts and critics alike. The latter group usually bring up the argument to back up their bubble claims while the former uses it an indication of that cryptocurrencies are the next big thing.

Bitcoin is the Greatest Store of Value

For Kerner, the current price drop is because cryptocurrency is yet to generate utility with the bulk of the trading activity being a mere speculative investment. However, the CryptoOracle partner singled out Bitcoin as having the potential to replace Gold.

According to Kerner, the top-ranked cryptocurrency is “the greatest store of value ever created.” Meanwhile, permabulls like John McAfee say the current price rout is nothing out of the ordinary. Even Fundstrat co-founder, Tom Lee recently stood by his $15,000 end-of-year forecast despite the current price decline.

What do you think about Kerner’s analogy between Amazon and Bitcoin? Let us know your thoughts below!