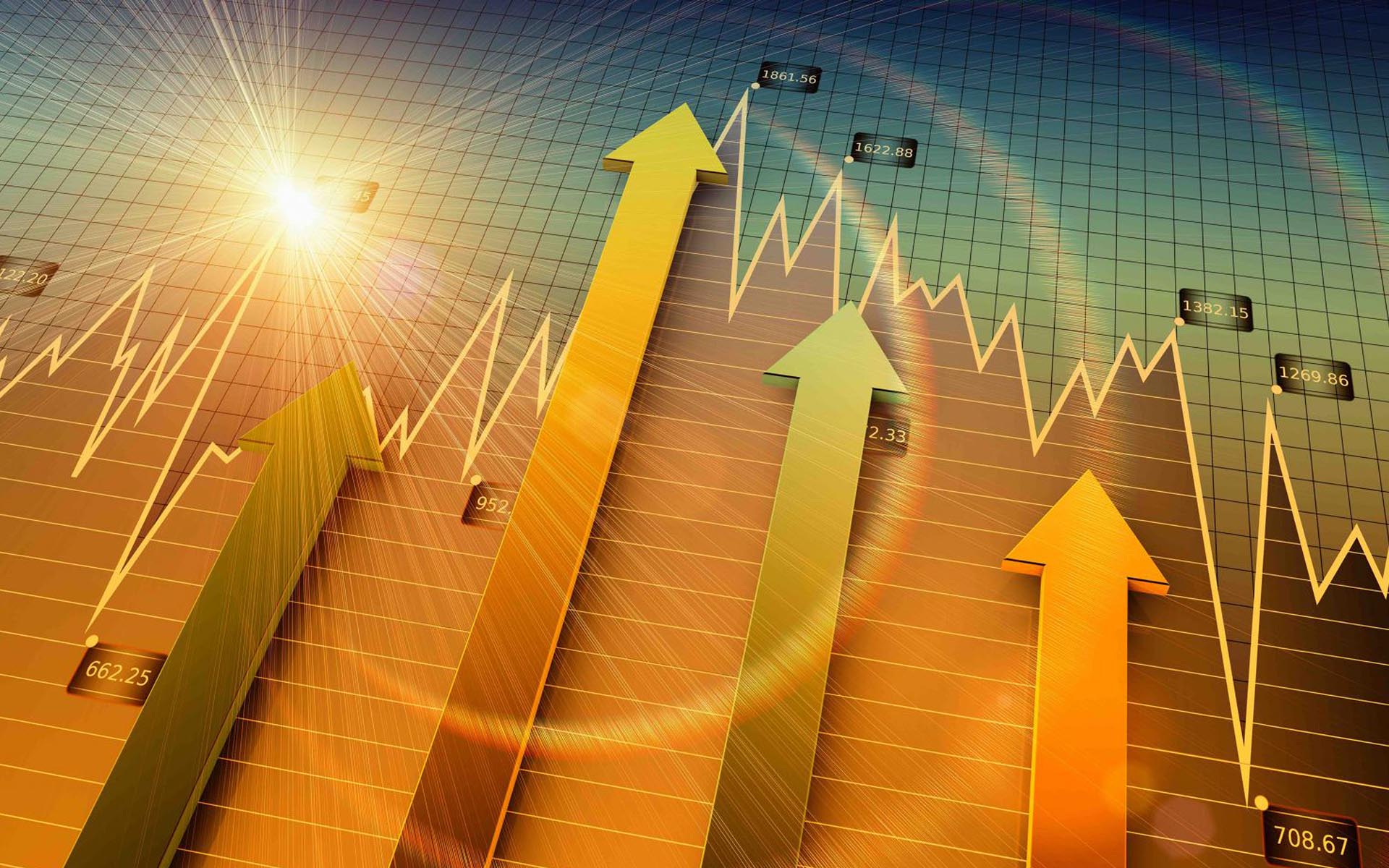 BlockStarter CTO on the ICO Boom: Lots of People Want to Invest, Few Want to Understand

These days, the ICO market is booming. Companies come up with more and more synonyms for this notion: crowdsale, token sale, contribution campaign, and so forth. Even those who have never been related to cryptocurrency, let alone invested therein, weigh on launching a token sale for different purposes.

The market is still expanding, and most new ICO’s, whatever they are called, use Ethereum-based solutions to issue their tokens and roll out smart contracts.  Some companies hire blockchain / smart contracts experts to close the conceptual and technological gap, others attempt to do everything themselves, and some others even hire specialized companies to develop a customized solution for their purposes.

The hype around ICO’s has not subsided even after the notorious SEC decree that bans all such campaigns in case they don’t meet their requirements.

Bitcoinist talked with Andrei Stehno, CTO and co-founder of Blockstarter, the company developing a comprehensive platform that enables anyone to create and hold an ICO.  There is some scarcity of such solutions on the market right now, so they hope their solution would be of use.

Bitcoinist: Is Blockstarter some sort of an ICO lego? How did you come up with this idea?

AS: I wouldn’t say it’s really a lego, but it’s an erector set all right. Our solution doesn’t require some in-depth knowledge of crypto technologies or smart contracts to issue a token or generate a contract. It’s not that difficult to use a regular computer interface, and lots of people do that without knowing the internal workings of a machine. It doesn’t require them to have a profound knowledge of software engineering, or any knowledge at all for that matter. Our concept mainly seeks to do the same for token sale campaigns.

If you analyze the entire process sequentially, you can understand how to make everything way simpler. You just need to create a comprehensible and manageable interface for an average computer user who knows the ideology but is not that tech-savvy. The need for such an interface doesn’t pertain solely to ICO’s. That’s the common problem of the entire cryptocurrency industry. That is one of the reasons why it still can’t reach the general public.

Bitcoinist: So you think such a solution will be demanded?

AS: We think it’s more than a demand, it’s actually needed. Take a look at announcements of ICO’s these days. Literally, thousands of new campaigns kick off every week. And it’s a truly rare occasion when they don’t use an ERC20 token or some other Ethereum-based solutions.

Bitcoinist: So, in fact, you’ll enable anyone to hold a token sale? Aren’t you afraid your solution will become a dreamboat for scammers of all sorts?

AS: We can argue a lot as to whether one needs to raise money in order to raise more money over a token sale later. What goes without any doubt is that none of those ‘raisers’ have a readily scalable solution. We’ve got the solution, but we’re not ready to roll it out straight away. We’ll hold a few token sales on our engine to create a proof of concept. When it goes far and wide, the solution will be as flexible as possible.

Of course, there’s always a risk of a scam. But, what is good, most projects try to heed the risks of dishonest ICO’s flooding the market. The recent paper by the SEC and the halt of Chinese cryptocurrency exchanges make it clear that just one major scam can disrupt the entire progress. Lots of really good projects will become impossible again, in that case, everyone knows that. 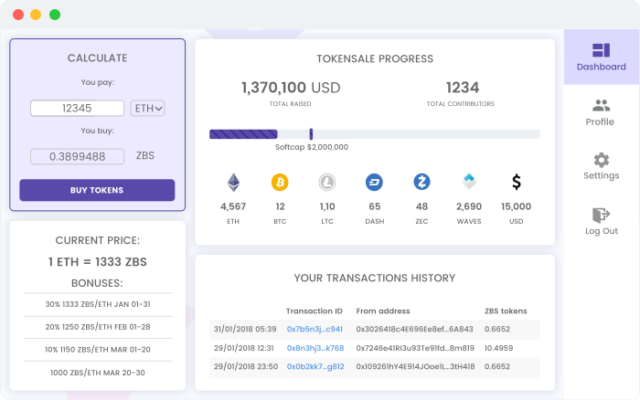 Bitcoinist: What do you think about so-called boxed ICO solutions?

AS: It just means that some agency completely covers literally all needs of a project, including development and marketing. Frankly, it’s a really weird idea, and it has something to do with your previous question. A good honest project wouldn’t want a boxed solution. To me, it’s fairly obvious that if someone hires a group of professionals to hold an ICO, they’re not really interested in actually delivering the product they had promised. They are interested in raising funds, and that’s it. This approach has no future.

Bitcoinist: What’s a good project then?

AS: It’s a group of devoted enthusiasts. Their primary goal is to deliver a product that can actually work and change the world for the better. They raise money to deliver it, and in best case scenario they will make money out of a working solution, not some unhealthy and artificially induced hype. A good project seeks to tackle a problem that lies on the surface, and everyone is aware of. What makes it good is that no-one before them could come up with a working solution.

Of course, it’s not just about that. A circumspect economy is also a good project’s feature. A great blockchain project is, first of all, a great economic system. It has to work like clockwork. It has to be described in the clearest possible terms. Everyone should see where’s demand and where’s supply. Lots of projects we know of can’t stand up to this test, and it’s a shame. Lots of people want to invest, lots of people want to develop, but only a few want to understand. That’s why there’s such a great demand for expert opinions. That’s why the institution of advisers is blooming now. And that is why it’s so important to give transparent and comprehensible instruments to the community, so that good projects would do their job, and scammers would wither into oblivion.

Bitcoinist: So, you claim that your project is a good one?

AS: Who would think that they work on a bad project after all? It all comes to the motivation of the team. I like our motivation: we’re creating a solution that could help others. Motivation is an important thing when it comes to the matters of survival. It’s rational, after all: if you want just to raise money, it’s much easier to go and buy an island once your campaign is over. A working solution won’t buy you an island, it will buy you a future. And to me, it’s way better.

Bitcoinist: Are you going to introduce some rules and frameworks? It all sounds great, but I can’t help thinking about some bad guys fooling everyone.

AS: Of course, some rules are required. If you take a look at some notable ICO’s of the past, you’ll see that most of those companies were self-regulated. Say, if a project doesn’t say a word as to some financial guarantees regarding their product’s future development, a reasonable contributor would think twice before buying their tokens. Some projects pay salaries with their tokens. Waves, for example, couldn’t access their funds until they rolled out their testnet. So, it is a matter of trust after all. Nobody forced them to impose such restrictions on themselves, but they still did. And look at them now!

The industry tends to rely on crowd wisdom as well. But it has certain challenges: Bitcointalk, for instance, is obsolete, it’s inconvenient and mobile-hostile. Reddit isn’t focused on the crypto community whatsoever. Ethereum should be more scalable and include some incentive for projects to be completely honest.

Bitcoinist: So, are you still waiting for some technological advancements to occur in this area?

AS: Of course, there are numerous issues that the general public doesn’t know or doesn’t want to know about. If a major project holds a token sale these days, the Ethereum network goes down. But we still believe that Ethereum is the best technology for scalable solutions there is. Their team is working hard on that: they’ve delivered a developer preview for Raiden Network, they’re working on sharding, they’re testing atomic swaps between Bitcoin and Ethereum networks. So, frankly, I admire their devotion.

Bitcoinist: What does the industry’s future look like for you?

AS: The future is reserved for services that can effectively harness the power of smart contracts and create infrastructures that reinforce Ethereum capabilities and other platforms for token issuance. Some of them, like Waves or BitShares, are yet to be fully appreciated, so I think we’ll see more projects putting their options to a good use. It will provide for long-term growth of the entire cryptoeconomy, not just Ethereum. It will allow projects to focus on their product, not their crowdsale, and it’s actually one of the best things that could happen to them.

Users, on the other hand, will enjoy an easier understanding of any project’s essence, and therefore they’ll be able to mitigate or completely avoid some of the most dreaded risks. People will start looking deeper into the problem. With the important opinions and information in place, it will be really great. The future is no bed of roses, of course, but I’m confident it’s mature, reasonable, and transparent.

For more information about BlockStarter and the services they offer, please visit their company website at blockstarter.co.

Do you think that the increasing number of ICOs being launched is helping or hurting cryptocurrency adoption? Let us know in the comments below.