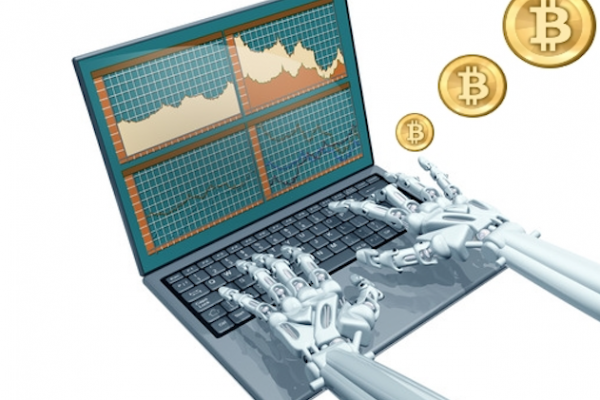 by Bitcoinist
in Reviews, Services
0

Meeting the company for the first time

I met Oleg at the North American Bitcoin Conference (in Miami), who was representing BTC Robot. They were one of the many exhibitors. I was already in search of a legit BTC Robot, so I was happy to see that this company was there and I could actually talk to someone. We agreed that Bitcoinist.net would try out their software and write a review.

It is not a scam

Let me confirm one really important fact. BTC Robot (www.btcrobot.com) is NOT a scam. There is a real software behind it.

Shortly after the conference I got my license for the (recommended) Gold Plan, which is pre installed on their server and is valid for one year. I created a new BTC-e account (as advised) and put the newly created API from BTC-e in the bot settings panel. It was really easy and straightforward. I deposited 365$ on the account and set the bot on medium risk trading mode. The bot did not do any trade for 5 days, so I thought this could be the perfect opportunity to test their customer service. I contacted them and detailed the problem. I was impressed with the fast and informative reply. They advised me to request a new API  and start the whole process over. They also checked my settings. Two days after the new setup, the bot started trading.

On the first week, the bot lost 3$. There was not much trading activitiy on the first week and the trading amounts were between 0.01 BTC – 0.1 BTC. By the second week of active trading the bot was loosing over 8$. The reason I am writing the losses in US Dollars is because the bot is designed to make profit in USD. It will not make you more BTC but it is meant to make you more USD. This is actually the reason why I deposited Dollars instead of BTC. (You can fund the account with BTC as well).  On the second week the bot was loosing around 15$ from the initial 365$. I was hoping that it would change but it did not. I had no intention to change the trading set up to low risk as the bot is really inactive in that mode and the profit is a lot less too. By the end of the first month the total loss was 30$. I  kept analyzing the trading activities and I was shocked on what I saw. The robot bought BTC when it was high and sold when it was low. Basically it did the total opposite of what it should have done. I am not a stock broker and not a big day or week trader either, but if I see that the currency is in an uptrend I simply do not buy. Anyways, the second month was even worse, as the losses accumulated to even more. It has been over 2 month since my bot is trading and the total loss amounts to 65.59$.

Explanation from the developers

I wanted to know the reasons of the trading bot’s poor performance and also give a last chance to the developer team to explain what was going on.

This is what I wrote them:

I wrote to you guys right after the Miami conference to try your product. Oleg told me that if this software did not work, the bitcointalk community would tear the company apart.

I definitely wanted to give it a shot!
It has been over 2 month since i got the trial from you. I uploaded 365$ .

Oleg informed me that the bot works the best if the btc has high volatility.
We both know that it had huge ups and downs in the last 2.5 month.

I am also aware that the bot is making profit in $ and not in BTC. But unfortunately neither $ nor BTC profit was made…

Oleg seemed really confident and presented himself at the conference likewise, which is definitely what the community needed. But this is not working for me.

Before I would post any reviews, I wanted to ask you what is going on?

Here is their answer:

We understand your concerns. In our defense, it was a difficult month.. due to MtGox’s collapse, the price is still not going strong enough and we were switching our comparative analysis from mtgox to bitstamp, so there were some unavoidable losses during the transition period.”

BTCRobot is blaming the poor performance on the MtGox collapse and the BTC price. If the MtGox collapse is messing up their analysis to this extent, they should let both their existing and new customers know about it. I might have stopped my bot to prevent more losses. The BTC price is not a valid explanation at all as they claimed. The bot makes profit in $, as it is aiming to keep your funds in $ rather than in BTC. The title of this review is BTC Robot review Part 1, but the company’s performance did not fully convince me to do part 2, so I might save ourselves some money.