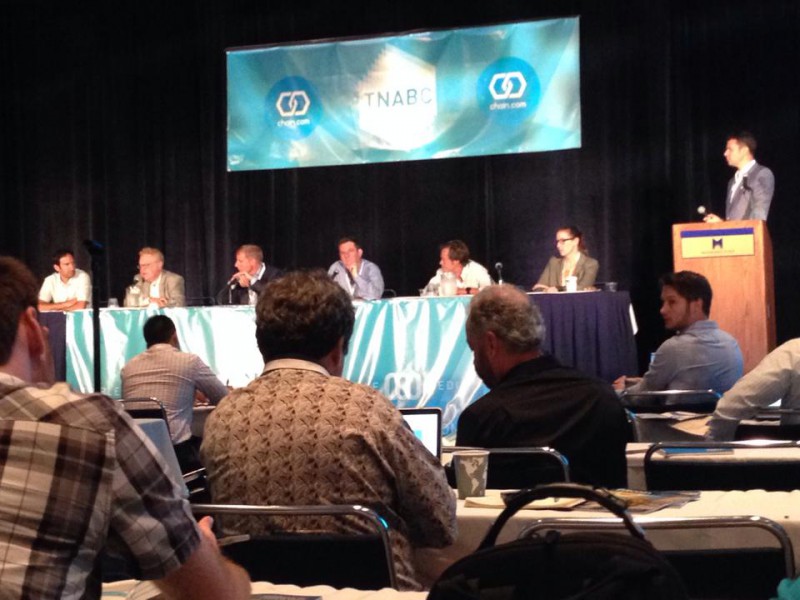 Perianne Boring started the day off with a press release where she announced the Chamber of Digital Commerce. The digital asset industry is expected to grow to an estimated value in the trillion dollar range within the next five to seven years. This figure includes all the businesses associated within the industry, and such businesses need representation in government. The Chamber of Digital Commerce is a trade association based in Washington, DC that will advise public-policy makers in Bitcoin and digital assets. 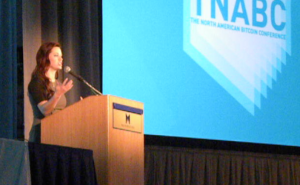 Karl Gray of StartJoin, the crowdfunding platform that aims to fund startups faster, announced it was undergoing a new round of funding in which it was being evaluated at one hundred million dollars.

At the Venture Capital panel, the members of the panel discussed such topics as: energy cost of mining, how location makes a big difference in raising money, and how VC’s prefer to invest in teams.

As mining moves to more centralized and more energy intensive data centers, energy costs will mean a difference in profits. This difference is huge to investors because energy rates are generally cheaper in countries like Iceland compared to the US.

In regards to raising capital for your startup, where you raise money can double the evaluation of your company. Location is also important to consider because that can make the difference in future rounds of funding. The panelists reminded audience members not to give away too much of their companies in the initial seed rounds.

Most importantly, the VC’s on the panel seemed to agree that they were really invested in the people of the company. This is why the VC’s liked to see teams at businesses rather than one’s with only a single employee.

Later on in the day Trace Mayer, Bitcoin technology evangelist and investor, talked about the monopoly on money. Mayer noted that central bankers would release gold if the price went up to artificially control it down. Governments in essence have been artificially the price of money and Bitcoin can change that. 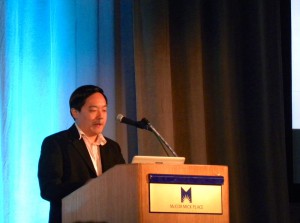 Charlie Lee discussed the dynamics of creating a successful altcoin. If one wants to create a successful altcoin they have to build up the hype of the coin and give everyone a fair chance of catching on instead of being premined. Also, altcoins shouldn’t compete with the similar hashing algorithms or else they could face threat of being easily attacked. Charlie didn’t discuss if there were any litecoin 2.0 projects, but such changes to Bitcoin 2.0 projects can be adapted to utilize litecoins blockchain.

Peter Smith, COO of Blockchain.info, introduced Blockchain’s new Android wallet and talked about their HTML 5 wallet that will feel app-like. The new Android wallet will have passcode security for the app itself and is supposed to have an even smoother interface. Blockchain will also offer a merchant directory so you can find a place to spend your bitcoins.

The regulation panel at the event discussed New York’s recent announcement of the BitLicense. The new guidelines are going to be set as a model for many other states since New York is a huge financial hub. The regulations are quite stringent, considering businesses would have to keep records for 10 years and a lot of individuals would have to apply for BitLicenses if they are involved in virtual currency business activity in New York or dealing with NY residents.

In a packed conference room on a chilly day in Seattle, where NEO will be opening up their next NGD location, a community of blockchain enthusiasts, international media, and developers...

Not all of the companies at CES exhibit on the show floor. All around the city are luxury hotel suites, hired to show off one’s latest product to the select few. On my last day...

After thus far finding more talk about blockchain than actual products, I needed to up my game. What’s more, on Sunday, Ledger had announced the Nano X, whilst I was clearly at...