CM Punk vs. Mickey Gall: Bet on UFC 203 with Bitcoin

UFC 203 is stacked. The heavyweight title is up for grabs with Miocic defending his title against Overeem. WWE pro wrestler CM Punk makes his MMA and pro fighting debut vs. newcomer Micky Gall, who called CM Punk out. Bitcoin is still the easiest way to get funds onto a sportsbook where you can get sharp odds. Let’s take a look at these two fights on the main card. 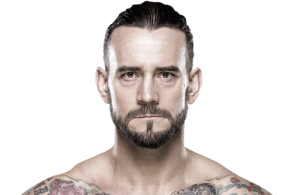 CM Punk is an athlete and in shape even though he is old. He is used to the spotlight and won’t be phased by the crowd. But that doesn’t matter when you are getting punched in the face.

CM Punk has some BJJ training, but as you can see in some sparring and training videos on YouTube, his striking skills and footwork are still lacking. How does CM Punk expect to beat Mickey Gall? I don’t see how he can win.

Gall has more ways to win, he has shown that he has knockout power, and I can see him getting the job done in the distance. Some people that like to put on the tinfoil hat will say that the UFC wants CM Punk in the organization for publicity, and so he will win. Conspiracies aside, CM Punk has never fought outside the WWE ring. Mickey Gall, on the other hand, was found on the UFCs “looking for a fight,” discovered because of his fighting capabilities.

As much heart and athletic ability CM Punk has, it is not going to be enough this time. Gall in the distance 1.45 Gall and via TKO/KO 3.75

Miocic is a force to be reckoned with due to his boxing and leg kicks. He has some knockouts under his belt, and in the past has used a volume of strikes to tire out his opponents. Miocic can strike well because he is not afraid of being taken down since he has excellent wrestling. He will also go for takedowns often after his opponent is tired out from eating a high volume of strikes.

Overeem has a style that matches up well with Micocic. Since Overeem has been at the Jackson-Wink camp, he has improved greatly, making better use of distance and not relying on power. Overeem may be the best striker in the Heavyweight division. He is known for his kicks and power in his hands, but in this fight, I could see his knees being used to stop any level change and take down attempts made by Miocic. Overeem also has a killer guillotine that he can threaten with if Miocic has him up against the change going for a takedown.

Overeem does have a questionable chin, but I can see him having a good gameplan for this fight. Overeem 2.15

There are a lot of other good fights on this card. Travis Browne fights former champ Fabricio Werdum. Why is Browne fighting again so soon after being knocked out at UFC 200 by Cain Velasquez? In the Women’s Strawweight division, power striker Jéssica Andrade faces the dynamic Joanne Calderwood. In the Women’s Bantamweight division, Bethe Correia and Jessica Eye are both coming off losses, heading into this fight with something to prove.

What are your picks for UFC 203? Let us know in the comments below.