As most of you know, Bitpay is the sponsor of this year’s Bitcoin St.Petersburg bowl and they joined NC State and UCF at the All Children’s Hospital on Tuesday. This marked the initiation of the activities of the St.Petersburg bowl. The visit included players, cheerleaders, and mascots from both teams who spent time with the children as they signed autographs, took pictures, and provided memorabilia from the bowl and the respective teams to the children.

Additionally, Mike Alsott, former player for the Tampa Bay Buccaneers, will join the representatives from the two schools on their visit. Brett Dulaney, Executive Director of the Bitcoin Bowl in St. Petersburg bowl, commented on said information:

When we started the bowl game seven years ago, Mike Alstott asked us to include a visit to All Children’s Hospital as part of the Bowl week calendar.We provide many fun events for the teams during their stay, but each year we hear from the players on how much they enjoyed the time they spend with these children.

Roy Adams, Public Information Officer for All Children’s Hospital, commented on the visit by the teams:

We look forward every year to a visit from the teams participating in the Bitcoin St. Petersburg Bowl.Since the bowl occurs over the holidays, the team members, cheerleaders and mascots always cheer up our patients and their families.

Personally, I’m a fan of both Bitcoin and football, which makes this event quite special to me. How often 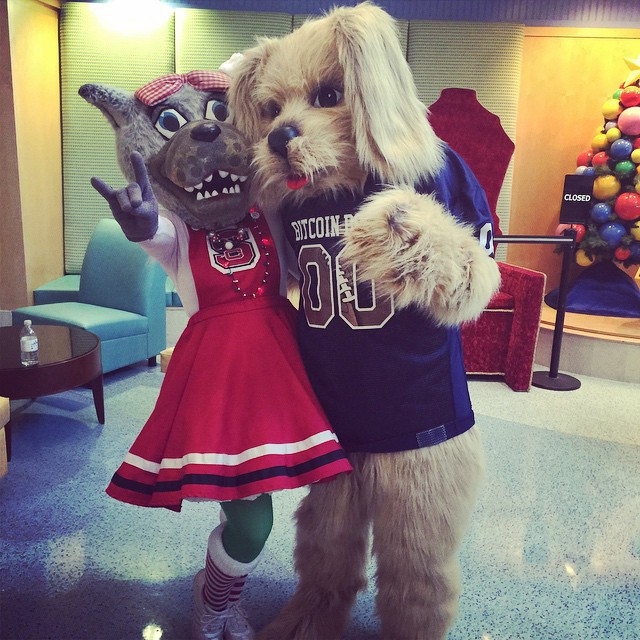 do you see two things you follow collaborate together and put on an event both can take part of? Many are expecting this bowl game to expand Bitcoin to the masses as Bitpay sponsors the game itself. This may be the first time Bitcoin takes such a large role in what is perceived to be real world use, which gives reason for such high expectations.

When we consider what makes crypto-currency great, we must take in account all that it does to support real causes that have a direct impact on people’s lives. That’s how Bitcoin expands itself and lands in the lap of new investors and casual users. Most importantly, though, is the fact that Bitpay is not doing this just for media coverage; they are showing that Bitcoin companies’ sole interests are not media coverage, but also support real causes that have not been helped by some of the bigger sponsors of sports events in the world.