Give Way to Young Talents! How Game Stars’ Platform Will Solve The Problem of ‘Fresh Blood’ Deficiency in eSports (Interview)

eSports industry is developing quite fast. Tournaments on principle disciplines gather more and more viewers every year. Young players appear on the stage and become real stars in the shortest possible time. Many cyber sportsmen attend multiple tournaments and become real superstars in no time.

Several countries have gone even further and allocated an official status for eSports, equating cyber athletes with traditional sportsmen in terms of issuing visas and simplified control. Still, the industry has many problems that are unsolved. The relationships don’t have a clear structure between tournaments participants: gamers, organizers, sponsors. As a result, gamers often don’t get their payments from tournament organizers.

eSports are in need of a comprehensive solution that will make the industry transparent, allow cyber athletes to raise funding for professional development, and let investors earn on achievements of beginner and professional cyber sportsmen. Multifunctional platform Game Stars is a new ambitious project that tends to provide eSports market players with such opportunities.

Bitcoinist recently sat down with Game Stars’ CEO, Sergey Sevidov about the revolutionary solutions that he and his team are bringing to the eSports market. 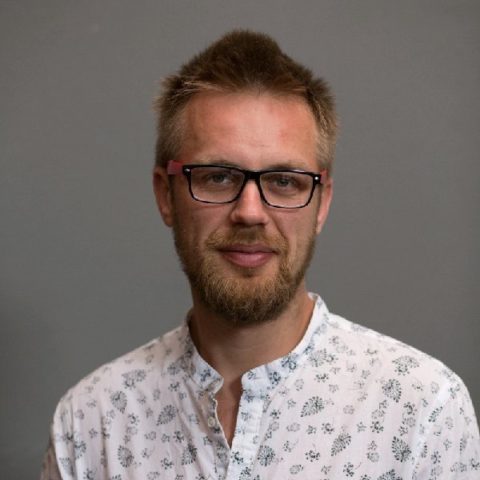 Bitcoinist: Sergey, how did the idea of Game Stars appear?

SS: eSports competitions are first of all shows with their own organizers, sponsors, and audience. Like any other kind of show, eSports events at the proper level of the organization often pay off quite well. On the other hand, if organizers went wrong in counting and exceeded the budget limits as a result, it will strike at the entire industry. And I’ll explain why.

eSports has a real problem with the organization and prize money payouts. We are not talking about salaries, but about the prize fund – money that is supposed to be locked in a safe and wait for the winner. For the past few years, the industry was shocked by great scandals when players have been waiting for the payment for months, sometimes even for years.

The simplest example: main media resources have published news in April that Vega Squadron member-players in Dota 2 haven’t received $75.000 yet for their win in China Top 2017 Shenzhen tournament that was held in November 2017. Six months! Can you imagine?

Over the past few years, many teams were in the same situation. In 2016 WePlay did not pay the winners of their KPI Cup. Nvidia Cup ESL, the organization of GameShow and Binary Dragons, and many others can be on the list. What kind of eSports development, I mean amateur, semi-pro and pro-level, can we talk when teams from the major league do not always get their winnings?

It is the main motivation for most of the players, even in Tier-1 teams salaries are not always great. These things have happened for years: it happens less often now, but at the very beginning payments delays or their absence was the norm. The smaller the tournament and the name of the team, the more often they are cheated by organizers.

The idea of our platform is based on two features: we want everything to be fair and small teams and beginner cyber sportsmen to have a chance to express themselves and earn for living from the very beginning of their career. It means that sponsors need to receive their advertising, organizers – the salary for their work, and players – their money for the prize-winning place even if itis a local tournament for $100.

Blockchain is an inviolability and certainty that eSports industry currently lacks.

Bitcoinist: Why did you choose blockchain technology for your platform?

SS: Obviously, the thing is that the blockchain is inviolable and a smart contract can’t be deceived. Many beginner cyber athletes have only a verbal arrangement, not actual contracts. As a result, they can become a fraud victim of organizers and their own managers who decided that couple months on the beaches in Thailand for themselves is more preferable than winnings for players. It means lack of responsibility from team owners side and almost impossible conditions of transferring to another team. Blockchain technology allows to make all operations transparent and logical: transactions are made in tokens, the platform issues smart contracts which reliability has been already proved.

Bitcoinist: If I am a newbie in eSports, what can you offer?

SS: As I’ve mentioned before, the biggest problem of a cyber sportsman is lack of guarantees that tournaments conditions will be observed and the payment will be made completely.  The platform solves this issue with the help of smart contracts.  Another problem is the financial side. Only insignificant number of all players currently receive constant income from games. The rest have to combine eSports with work, depend on parents or look for sponsors that will believe in them.

Our specially designed Cyberathlete ICO functionality simplifies the money search for career development, all the details are registered in a smart contract. The whole system is similar to Patreon, however, this resource is more focused on content-makers and doesn’t give any guarantees that money will be spent in the right direction.

It’s important to understand that eSports don’t include only sportsmen. Apart from them, there are also managers, sponsors, advertisers. Relationships between those parties usually don’t have a clear structure. The communication between eSports tournament participants in Game Stars platform is simple and clear.

There is an opinion that it’s almost impossible to organize a tournament. It’s partly true as even local tournament organization requires great investments and a lot of effort. The solution is Game Stars platform that provides worked-through scenarios to organize eSports events.

Bitcoinist: The official Game Stars website offers everyone to become a GST-monopolist. Is it one more feature of the project?

SS: Let’s have a more detailed look at the tokenization. The platform has two types of tokens: GST – the platform’s token and personal tokens of a cyber sportsman, the emission of which will be carried out within internal mini-ICO (CICO).

GST token emission is limited to 500 million. All tokens are allocated for the Token Sale and unsold ones will be immediately burned. At the same time, the GST token is tightly integrated into the platform as a means of payment. As it is mentioned in our Whitepaper, it will be used for the following purposes:

If you have a closer look at the list, you can see that 4 out of 5 directions will cause a shortage of tokens. Tokens will be allocated to exchanges only by gamers that will decide to transfer part of their earnings into cryptocurrencies or fiat money. Thus, the number of available tokens will constantly be reduced and the price on the exchanges will grow.

Tokens issued within the CICO will be issued in a limited edition: 100 tokens per player. Their goal is to support cyber sportsmen financially and afterward to bring income from winnings to their holders.

A clear definition of success does not exist, one must constantly work on the result.

Bitcoinist: Challenges make us stronger. What difficulties does your project face?

SS: Luckily, we don’t have any problems at the moment. The main goal is to tell everyone about the platform and its solutions and attract the attention of as many people as possible.

Bitcoinist: But there are hundreds of new projects entering the crypto market weekly, and each of them promotes their ideas and speak of the uniqueness…

SS: A good project is not afraid of the competition. We are sure that people who are interested in eSports and face the above-mentioned problems will join us and appraise opportunities that we offer. We have great plans for the future, but we can’t tell them for now. Game Stars is rising: we’ve established partnerships with large exchanges during the initial stage of project development, participate in thematic conferences, introduce our platform to major players of the crypto world.

It is very important that the whole team of Game Stars development are not random people who gathered to “quickly launch an ICO and then earn money on a token exchange rate,” but a full-fledged, specially recruited team, all members of which are working full-time on the project. As you remember, we won’t have our tokens – everything will be sold through the ICO – so we have clear and far-reaching plans for the project development and support.

Bitcoinist: ICO market is currently in crisis and people are treating new projects with caution and invest only a small sum of money as there were too many scam-projects in the market. Were you afraid to launch the Token Sale during such a complicated period?

SS: Launching any startup is always risky. I’ve participated in many projects and know what emotions you have when your brainchild goes live in a world of sometimes unfair competition. New projects make me alive, give me an opportunity to move forward, enjoy the results. Speaking of the ICO market, we obviously see and know the way investors are treating new projects at the moment.

As said by Winston Churchill, “Never waste a good crisis.” The pre-sale stage was closed really fast, and we’ve realized that people are interested in the project and they believe in it just like we do. The token sale is in full swing now and intermediate results are positive. My team and I are sure that our project is worthwhile and investors will notice it for sure.

Bitcoinist: It’s clever that you’ve used Churchill’s quote. Do you have a credo that you follow in your personal and professional life?

SS: Yes, I have one. People I work with on the project and I are sharing it together. It’s a quote from the famous American writer, entrepreneur, and coach Anthony Robbins:

The road to success is always under construction. It is a progressive course, not an end to be reached.

In my opinion, there is no clear definition of success. Being honest while doing your business is also important. There is a lack of honesty in the eSports industry now – players are facing fraud from the organizers’ side from year to year, many of them are hopelessly struggling to reach the top.

I think our platform will make it simpler to walk the path for those who were not lucky to meet professional players or find a sponsor themselves. After all, the industry has long had a situation when a talented but unknown player works as a consultant in an electronic store when his place and vocation is to be on the big stage at a large LAN tournament and enjoy ovations of the whole stadium audience.

Do you have any additional questions for Sergey Sevidov? Let us know in the comments below.