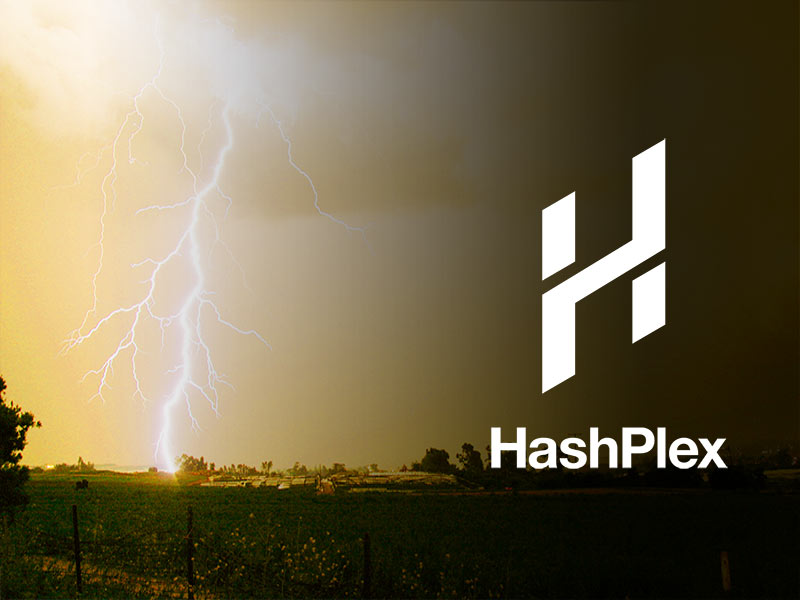 HashPlex is a company that specializes in hosting miner services, allowing home miners access to industry standard electricity rates in order to stay competitive. While their main focus is indeed the mining aspect of Bitcoin, the people over at HashPlex understand the importance of the Bitcoin network, which is especially seen by the debut of their new open source lightning hub. I talked to Bernard Rihn, CEO and founder, as well as Jasper Hugunin, their leading Lightning Dev, over at HashPlex regarding the Lightning Network and Hubs.

Can you briefly describe what is and how the lightning network works?

In short, the Lightning Network is an extension of Bitcoin hub-and-spoke micropayment channels which supports better revocability and chaining of transactions through multiple hubs (allowing us to create a network of hubs). After initiating a single multi-signature on-chain “anchor” transaction with a hub, Lightning allows us to transact with many other semi-anonymous parties in a means that’s nearly instantaneous, nearly free, and trustless, without ever touching the blockchain.

Micropayment channels were originally unidirectional (with a definite producer and consumer), but proposals were made to make them bi-directional (e.g.).

Lightning adds hashed timelock contracts (HTLCs) to bi-directional hub-and-spoke payment channels, allowing us to chain transactions through multiple untrusted hubs. Most of the recent work has built upon a foundation of Poon-Dryja channels with some of the latest contributions from Rusty Russell (now with Blockstream).

How will HashPlex be contributing to The Lightning Network?

HashPlex will be open-sourcing and contributing to what we hope will be one of the main implementations used in the future. We are opening the doors and actively seeking contributors.

What are the functionality and limitations of an alpha implementation of a Lightning Hub?

Opening a channel: Many improvements have been suggested from the original paper, and only a naive protocol has been implemented. Contributions are welcome.

Closing a channel: The settlement transaction allows both sides to spend their money immediately.

Unilaterally closing a channel: Commitment signatures are exchanged during transactions, allowing either side to close the channel at any point.

Sending and receiving money: The hub includes basic routing support to let users transact with anyone on the network.

As of today, all functionality is enabled programmatically through tests or through a command-line interface, but we’ll be building a reasonably generic means for anybody to build and connect a graphical user interface.

Fully deployed, what should a full implementation of a Lightning Hub be able to do?

A full implementation of a Lightning Hub might be very different from what we and the community have proposed today, but it will certainly include at least the functionality we’ve provided thus far.

A full Lightning Hub is not necessarily feature-heavy. Clients decide to lock-up so many Bitcoins in a payment channel with their hub. If the hub disappears or acts maliciously, they can get their money back. Then they send and receive money. Unlike on the blockchain or with credit-card networks, these payments are confirmed immediately with no chance of chargebacks or double-spends, and they require very low fees.

One of the interesting next steps for Lightning is the routing protocol. Lightning is inherently an overlay network, and the best (cheapest and lowest risk) route between two clients might be very different from the shortest network path. Providing a means for clients to automatically self-discover an optimal route from their hub(s) of choice to their friend’s hub(s) of choice is inherently a difficult and interesting problem to solve.

Another interesting next-step for the network might be around privacy. It seems that many of the Lightning devs understand that Lightning introduces new privacy implications that are different from those in Bitcoin. We really look forward to helping the community devise interesting solutions down the road.

In the future, people will likely build interesting means of integrating Lightning hubs with the real world. Micropayment economies become much more viable in a world with Lightning.

How will Lightning Hubs benefit Hashplex?

It’s important to us at HashPlex, as holders of Bitcoin, to build hardware and software that allows for mass participation in the Bitcoin ecosystem.

We build hosting systems, for example, to allow home-miners access to industrial scale cost structures so that they aren’t priced out by those with access to cheap power. We build software so that interfacing with that hardware is easy for the average participant (even easier than if they had the hardware next to them).

We are now also building a reference open source Lightning hub so that anyone who wishes to run a hub can do so. The process of mining is inherently a process of incremental transfer of value and therefore works well with Lightning’s model of incremental transfer of value. In the future, we may provide hosting for hubs, as well as various means of integrating micropayments with the purchase, sale, and lease of hashrate and other cryptocurrency services.

Why did you choose to open-source the protocols required?

The Lightning network, much like the Bitcoin network, is orders of magnitude more valuable if it’s free and open. All will derive value from free software that runs on the Lightning network, which we hope continues to drive adoption. We will be using an MIT license (like the open-source client).

There might be private versions of blockchains and Lightning run by certain groups in the future, but they will never provide as much value to the public, and (we hope) they will ultimately be absorbed by more public and open systems.

Thanks for the time Bernard, and all the people at Hashplex!