Bitcoin security has been a focus as of late, with BitStamp losing five million dollars of Bitcoin after being hacked. As a result, many Bitcoiners suggest not using exchanges to store Bitcoin. Instead, offline options, which have never touched the internet, are considered the most secure options for storing Bitcoin.

Cold storage, storing your Bitcoin offline, is usually considered the most secure way to store your coins. However, it can be complicated to set up. One alternative is hardware wallets, which are devices similar to portable hard drives, but store Bitcoin. These wallets also never touch the internet, making them secure against malware.

A new type of wallet has just been announced by BinaryAge, a software company. Their new “HODL” wallet is a physical metal Bitcoin wallet for serious bitcoin holders. The wallet comes with a bunch of letters and numbers that are used to create the private key. This allows you to make it offline and never even touch a computer. The metal wallet is supposed to be more durable than its paper alternative in case of flooding, fire or simply regular wear and tear.

Currently, it is still just an idea, and they have not even created a prototype yet, but BinaryAge is highly considering making the product a reality. They have already hired a graphic designer to design the item. The first version will only support Armory paper wallets, but in the future version they hope to expand it to other types of wallets. 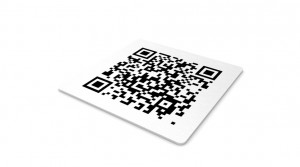 Coinsquare, a Bitcoin security solution company, already offers a product very similar to the HODL wallet. The security company has a metal plate which is fireproof and waterproof and can store one private key. They ship you the parts needed to make it, and you assemble it, which allows you make sure the private key is generated securely. You put the private key on it by ironing it onto the metal plate they provide.

Do you use a hardware wallet to store your Bitcoin? Let us know in the comments below!

Images courtesy of BinaryAge and Coinsquare.