Blockchain.info plans to make Bitcoin transactions faster, crowdfunding gets bigger, and Kaspersky makes cyber-crime a little smaller. No time to read up on your digital currency news this week? Take a look below and see what you’ve missed:

Since last week’s announcement of Credibit, every digital wallet’s new goal appears to be making bitcoin transactions quicker. Adding to this trend, Blockchain.info is developing a project entitled ‘Thunder,’ a network that allows users to make off-chain bitcoin payments in well under a minute.

As any Bitcoin enthusiast knows, transactions can sometimes take 20 minutes too long given the number of them that take place, but now Blockchain is implementing new code and developing a whole new network that’s capable of working not only with Bitcoin but with a wide assortment of altcoins existing in today’s market. The system is so fast that, reportedly, about 100,000 separate transactions can occur in under one second.

Ethereum developers are adding to their resume and have developed a decentralized autonomous organization known as the DAO. Made to support various Ether projects, the platform has raised nearly $120 million USD through what is being labelled the biggest crowdfund in history.

The DAO is a strict platform that enforces all rules behind a project through valid coding. The program is slated to ultimately deter (and later eliminate) the need for third-party entities, thereby speeding up smart contracts and increasing their efficiency. Through the process, businesses that use the DAO are expected to save on fees and funds that would ultimately go to people like lawyers, board members and accountants.

The DAO is earning quite a bit of praise from people like BitNation’s Susanne Tarkowski, who explained:

“I’m tremendously excited about the remarkable achievement of the DAO. It sets a successful precedent for all of us to operate in a post-centralization world where only a few powerful entities, may it be banks, governments or venture capitalist funds, could tell us how to live and operate. Although much writing and ideas have been circulating about it for years, in my opinion, the DAO seems to be the first one to have brilliantly popularized and implemented it (at least as far as the crowdsale and GUI goes), which is definitively a game changer in this space.” 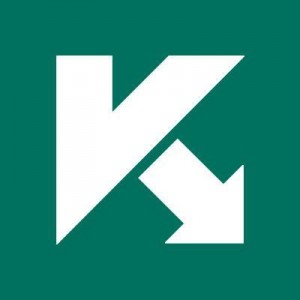 Since last week’s Gatecoin hack that saw over $2 million USD in funds stolen from the exchange’s hot wallet, digital currency advocates are looking for a little good news, and through Kaspersky, they may have just found it. Kaspersky Security Labs is doing all it can to fight the bitcoin ransomware CryptXXX, and it appears that the organization has finally made a breakthrough.

Just last month, the company managed to release a decryption tool that would allow victims of the illicit program to restore their files without having to pay any set ransoms. The only problem was that original files on alternate, unencrypted software drives were necessary for restoration. With their latest update to the tool, this is no longer the case, and users can gain access to their files again without the same strains of before.

Do you know of any stories that should be included in our next industry report? Post your thoughts below!