Twitter CEO, Jack Dorsey, took another step towards financial sovereignty yesterday when he tweeted about his new toy, a Casa Bitcoin full node.

The Casa Node is a plug-and-play solution for running your own full Bitcoin and Lightning Network node at home. Running a Bitcoin full node allows you to validate the blockchain and verify your own transactions. Aside from this, it also increases decentralization and hence the security of the network.

Lightning Network relies on interconnected nodes to route payments, so running one increases the network capacity and usability. Owners of nodes can also earn fees for routing payments, but bear in mind these are lightning payments, so the fees are very low.

Dorsey was clearly excited to receive his new piece of kit, tweeting firstly a picture of the unboxing, and then images of the set-up. Eagle-eyed readers may also have noticed the Bitcoin FUD dice in the unboxing shot.

The Twitter and Square CEO has been a long time champion of Bitcoin, saying last May that he believes it will become the internet’s native currency. Users of Square’s Cash app have been able to instantly buy and sell bitcoin through the app since early last year. For Q4 2018 Square reported record Bitcoin revenue of $52 million.

Of late, Dorsey’s Bitcoin evangelism seems to be going into overdrive. February alone saw him participate in the Lightning Torch initiative, decry all alt-coins, accept LN tips on Twitter, and announce his desire for Lightning integration in the Cash app. 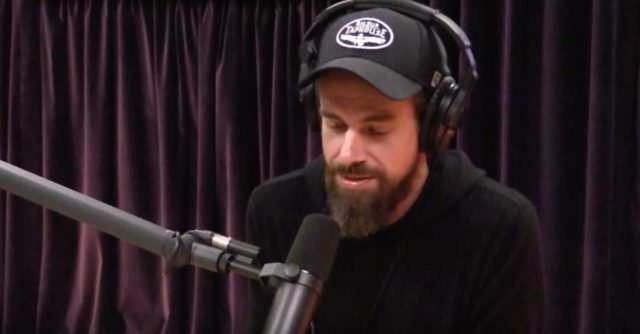 Not content with this, he also found time to appear on the Joe Rogan Experience podcast, again plugging Bitcoin as the currency of the internet.