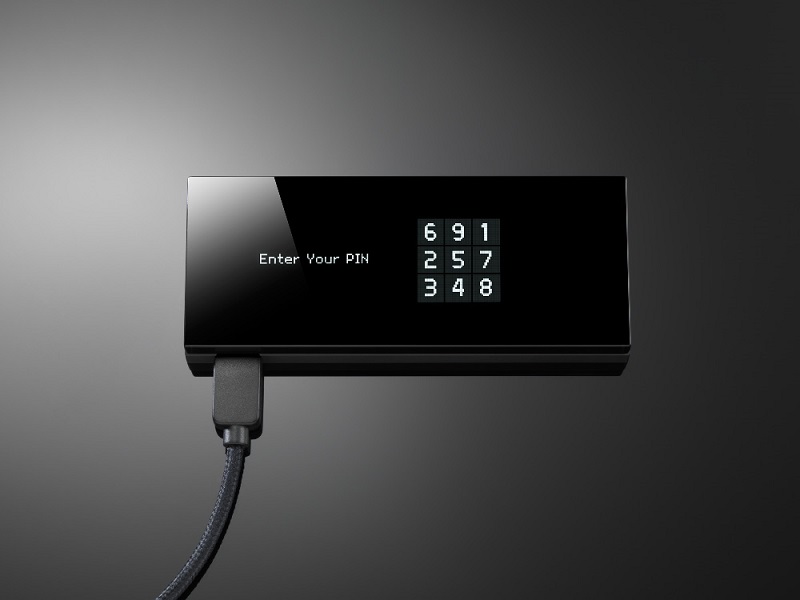 Hardware Bitcoin wallets are the next evolutionary step on the way of keeping BTC in safe and secure location. Considering most hardware wallets are pocket-sized, they have become increasingly convenient to carry around, and require no internet connection to use properly. One of the world’s leading hardware Bitcoin wallet manufacturers, Trezor, has gained the lion’s share of the market. But there is a new Trezor spinoff that will attempt to take that crown. 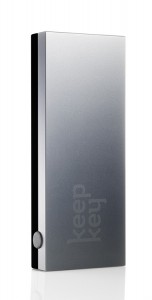 It has to be said, Satoshilabs, the company behind popular hardware Bitcoin wallet Trezor, has created a fine piece of software. As a result, various companies have been working on their own hardware Bitcoin wallets with a fork of the original Trezor software. KeepKey has done exactly the same, but made some modifications on the inside and outside of their device.

Similar to how other hardware Bitcoin wallets operate, KeepKey has been designed with any Bitcoin wallet software you have installed on your computer. Rather than entrusting a desktop client with your private key management, however, KeepKey will take over that role, as well as handle all transaction signing with your public key.

Generation of Bitcoin private keys occurs through KeepKey’s hardware random number generator, combined with a randomness provided by your computer. Writing down your private key is imperative to securing your Bitcoin funds, and users are given a one-time opportunity to write the key down. Rather than using a difficult string of characters, KeepKey uses a mnemonic system which displays your private key in the form of twelve random words.

The main advantages hardware Bitcoin wallets offer are secure storage and transacting. A user’s Bitcoin private key is stored on the KeepKey device itself and never leaves the device, not even when connecting it to a computer. Additionally, every KeepKey is protected with a PIN code, which renders the device useless if too many wrong attempts have been made.

What makes KeepKey stand out from similar hardware Bitcoin wallets is it large and clear OLED screen. Not only gives this improved visibility of transactions and balance changes , but it also improves user friendliness. On top of that, there is a confirmation on the device itself, which needs to be used every time an outgoing transaction is confirmed. Such a manual approval system prevents funds from being sent to the wrong address by mistake.

Last but not last, KeepKey offers a recovery process that can be used without compromising a user’s private keys. Once again, this is where the large screen on the device comes into play, as it does not require connectivity to a computer to be used. A recovery sentence is provided to the user when the KeepKey is initialized for the very first time. With the recovery sentence, a KeepKey device can be restored successfully, or a user could move their private keys onto a new device. 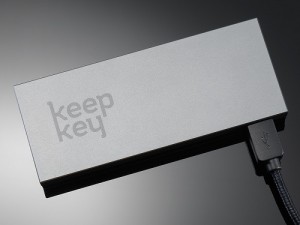 In this day and age, it is important for hardware Bitcoin wallet manufacturers to listen to community feedback and implement additional features. In the case of KeepKey, the most requested feature is supported for multiple digital currencies. At the time of publication, the list of supported coins includes Bitcoin, Testnet, Litecoin, Dash, Dogecoin and Namecoin.

KeepKey is compatible with Trezor because the development of the operating environment is a fork of Trezor’s code. Certain features found in the Trezor device show up in KeepKey as well – albeit some implications may differ in usage – and more features will be added as more time progresses. Plus, KeepKey’s fork is 100% open source, and can be found on GitHub.

Users will be able to upgrade the firmware on their KeepKey, and every time a firmware change is detected, all private keys will be deleted from the device’s flash memory. Private keys are restored only if the new firmware is official and correctly signed by KeepKey, LLC.  Any unofficial or modified firmware that has not been approved by KeepKey will still work, yet the device will show a warning message during the boot process regarding unofficial firmware.

Note from the Author: At the time of publication, there was no official sale price listed for the KeepKey hardware Bitcoin wallet.

What are your thoughts on the KeepKey, and will you purchase one when they are available? Let us know in the comments below!