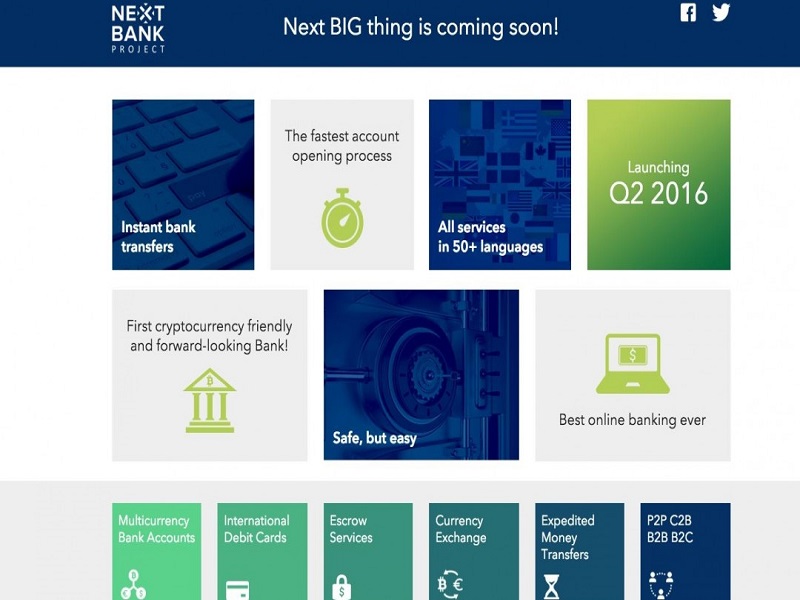 NextBank, the world’s first international Bitcoin bank, announced a launch date in 2016 as well as now taking early registrations due to the successful funding NextBank received.

Disclaimer: This article was provided by Bitcoin PR Buzz. Bitcoinist is not affiliated with NextBank and is not responsible for its products and/or services.

In total, NextBank received $950,000 in seed capital investment, which $600,000 is coming from the founder of the company, Dim Voloshinsky. $330,000, also, was received by an angel investor near the end of October, with the last unaccounted $20,000 presumably coming from registration fees or small investors.

With stock shares going for $100 a share, this translates to 2.4% of total shares owned by Mr. Voloshinsky, 1.3% shares owned by the undisclosed angel investor, and 0.08% from small time investors. This leaves 96.2% of the shares untouched if NextBank is to achieve its fundraising goal of $25 million.