CryptoPunks dominated the chatter around NFTs this week. However, a lot of action continued to make waves across the NFT landscape in the past seven days; OpenSea hit a new trading volume record, NBA Top Shot released some platform upgrades and integrations, and premium brands like Burberry and Porsche are getting involved.

Let’s take a look at the biggest action across the world of non-fungible tokens since last weekend.

OpenSea logged nearly $100M in transactions last weekend alone. The leading NFT marketplace is already handling more daily volume than it did all of last year. Talk about scaling up. Furthermore, as our team shared to kick off the week, the broader NFT market broke it’s weekly trading volume record and set a new all-time high of around $208M.

Porsche NFT Has The Wheels Turning

Porsche joins a growing list of automotive endeavors that have been getting involved in NFTs. The company is releasing a physical design sketch and matching NFT on SuperRare. The auction wrapped up to close the week with a winning bid of 30.25 ETH – just shy of $100K based on current valuations.

One of the top 10 accounts on the CryptoPunk leaderboard? An owner of 141 Punks that hasn’t been active since 4 years ago – not long after the origination of Punks. Speculation is abound with regards to the status of the account. Current market values of CryptoPunks puts this account worth somewhere around $16M. Diamond hands at their finest?

Burberry Is The Latest Designer Brand To Launch NFTs

Gucci, Louie… Burberry? Yes, these designer brands are all involved with NFTs these days. This week, the legacy fashion house partnered with Mythical Games, creators of NFT game ‘Blankos Block Party’. The Burberry-inspired Blankos skins will be available to consumers in a drop next week.

Fractional ownership in investments has been on the rise. What started in the emergence of fractional stocks through emerging platforms like Robinhood, has expanded to fractional investment in real estate and collectibles. Want some ownership in CryptoPunk without shelling out a cool six figures? One of the first 1000 minted Punks, CryptoPunk #543, is going to be available on fractional investment platform Otis. Why stop there? Otis competitor Rally Rd is in the game too, teasing the upcoming listing of CryptoPunk #9670 and changing their profile pic to the Punk. 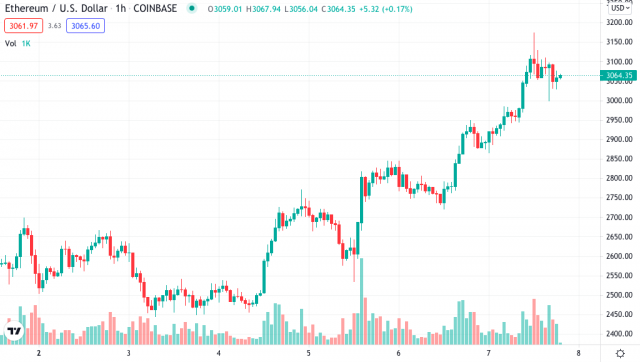 Top Shot is ‘upping the ante’, quite literally. The platform announced two major upgrades as the NBA season comes to a close. Top Shot collectors that have completed KYC identity verification can now deposit up to $500K each day in crypto, and individual moments can now be listed as high as $1M.

Top Shot marketplace listening tool evaluate.market shows trading volume exceeding $2M in the past 24 hours, a high not seen since nearly June, and a market cap increase of nearly 40% in the past week.

Why stop there? Throw some utility news in the mix. Top Shots are going to be available at the Las Vegas NBA Summer League in person over the next few days – the first in-arena Top Shot integration.

Looks like the NBA off-season isn’t all “doom and gloom” for Top Shot holders thus far.

The One Penny Punk!?

If you’re considering listing a CryptoPunk for sale during these roaring times, we encourage you to move carefully and not “fat-finger” the sell button. One Punk seller seemingly did exactly that this week, letting go of a valuable collectible for just one penny worth of Ethereum.

Our NFT Nutshell has highlighted Time Magazine, Rolling Stone, and other major publications in the past few months that have explored NFTs. Next on the docket is Fortune, who is releasing three unique NFTs. Listings will be on OpenSea over the weekend, wrapping up on Monday at 9PM ET.