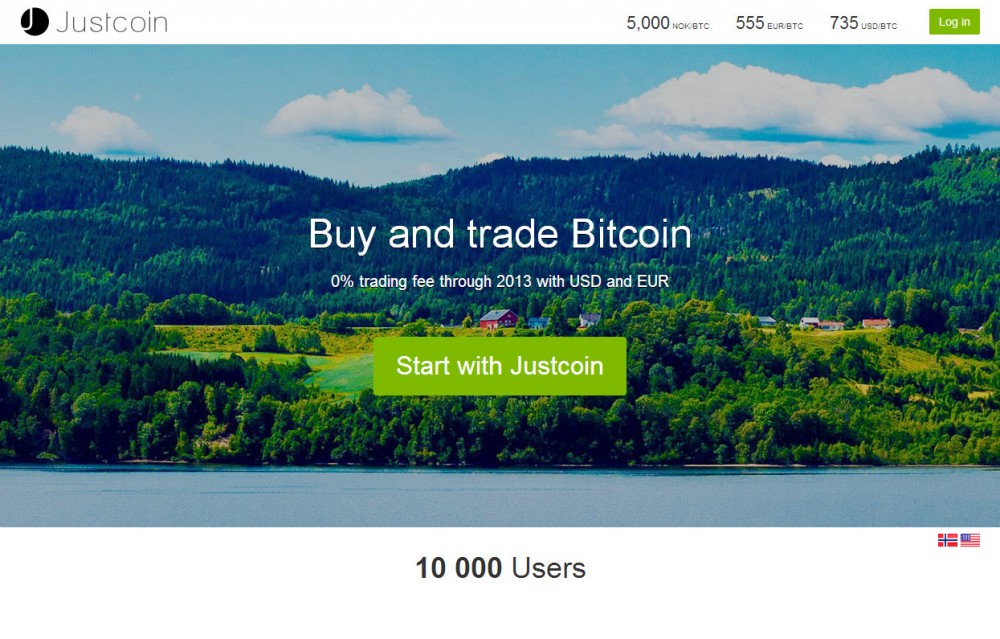 Norwegian based exchange Justcoin is closing down

Justcoin, a Norwegian based digital currency exchange, has officially announced it was shutting down their operation. This announcement was made early today throughout social networks and Reddit, and the affected customers have been receiving an email reporting the same issue. At the exchange official Blog and twitter account you can read: “Justcoin is shutting down. Affected users, check your email.”
It seems that the exchange is having some trouble with their Bank partners and won’t be able to maintain their operations. The Company has already informed their customers that deposits are closed and asked that they withdraw their coins.
Founders Klaus & Andreas stated on Reddit:

“Deposits are closed. Trading will close tomorrow, October 29th. We urge all users to withdraw their funds as soon as possible. Final deadline for withdrawals is November 11th. Please allow up to 24 hours for your withdrawals to process. We will manually batch withdrawals of all currencies. Cancelling a requested withdrawal will put you in the back of the line. Justcoin is shutting down all operations. Our bank has notified us that it will no longer accept businesses dealing with digital currencies. The same goes for other Norwegian banks. Without a bank account we have no business and need to shut down. This event demonstrates the need for decentralized payment networks.
If you need help or have problems with the withdrawal process please contact support@justcoin.com. We want to thank all our loyal customers for their support and wish you all the best.”

The Company explained that their Bank partner notified them that it would no longer be able to subscribe businesses dealing with digital currencies and that other Norwegian Banks were also declining their subscription; 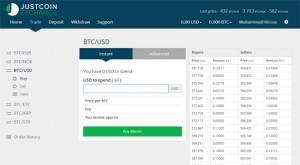 the problem is that the exchange now has no bank connection anymore and as such they cannot pay operating costs such as server rent, bandwidth and support systems. Also, as the email states, banks in Norway are changing their stance on digital currencies and as such they cannot get a new banking connection. However many members of the community have been blaming the hit they suffered from tfPartialPayment, which could have driven the Norwegian exchange to this terrible situation. In fact, this announcement has happened soon after the tfPartialPayment problem with stellar and Ripple which led everyone to think that it could be a direct consequence from the Holds on XRP and STR caused by the tfPartialPayments-issue that were not lifted as the exchange wasn’t able to find a solution.
On the 8th October someone sent 100,000 fake bitcoins and 100,000 fake stellars to Justcoin. Several minutes later they were able to withdraw 32 million XRP and the entire 52 million stellar held in Justcoin’s hot wallet.
This is not so much a flaw in the Ripple code. It was possible because Ripple’s guidance for gateways did not explain the issue properly and Justcoin did not set their gateway up to prevent it. An attacker would need only to find a gateway not carrying out the procedure properly and he would have an open target, and this was what possibly happen letting the exchange in a real bad position that could put their operation out of order. The community is already stating, it may look suspicious and too much of a coincidence, that soon after this episode, the exchange announces it’s shut down.

Unfortunately, this month hasn’t been a friendly month for Bitcoin and the community. We have seen 3 well known businesses going down along the course of 4 weeks; Mintpal, Moolah, BTtrader and now Justcoin. With such a negative showdown in crypto currencies these days, we will probably be watching the price declining even further. As stated by Justcoin Founders Klaus & Andreas, it’s inevitable for the community to develop decentralized mechanisms to outcome these issues and avoid being dependent from third parties or middle men!