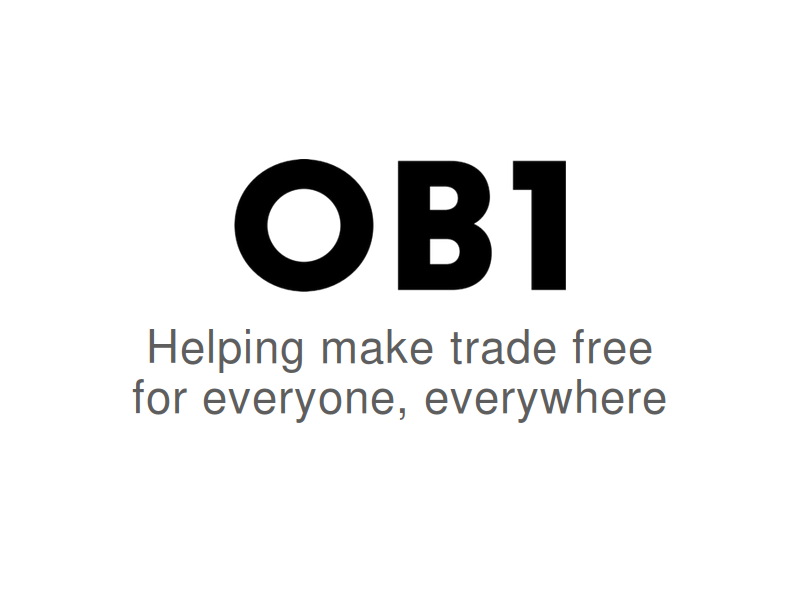 With The launch of OpenBazaar and the d10e conference on the horizon, There’s been a lot of interest in decentralized commerce technologies. Here, we Interview Sam Patterson, the COO of OB1. This company funds the open source development of Openbazaar in part. I met Sam testing the development build on my Linux machine, after running a few testnet transactions and picking up a conversation about the current functionality of the system.

Also Read: Ayden Can Bring Bitcoin to Major Businesses Like Netflix and Uber

On the History of Openbazaar

What initially inspired the fork of DarkMarket in 2014?

Brian Hoffman forked the code, and as he’s talked about, he did it for a few reasons. First and foremost it was clear that DarkMarket wasn’t going to continue development. He reached out to them, and they told him that directly. Since he liked the project he wanted development to continue, so he forked it. He also felt that the focus of DarkMarket was too narrow and exclusionary. Brian felt that decentralized trade would be valuable for all types of trade, and didn’t want to focus on the “dark” labeling. So he changed the name to OpenBazaar.

How do you see OpenBazaar getting bitcoin closer to legitimate, small business?

We’ve had hundreds of individuals and small businesses reach out to us and ask to be vendors on the network when it launches. People are fed up with the high fees of eBay and other platforms, and many want to do more business in Bitcoin. The biggest advantage OpenBazaar has over other platforms for small businesses is the expense and the ease of use. It costs nothing to download, nothing to run (except electricity costs of your computer), nothing to list products, and there’s no percentage taken from each sale. There are services that you can pay for, such as dispute resolution or store hosting but those costs are optional and can be selected on an open marketplace. The ease of use is also important. Purchasing a domain and web hosting and then figuring out how to install Magento and the plugins to accept Bitcoin isn’t a cheap or simple process. With OpenBazaar, you download a file and open it, that’s it.

What can we expect from you guys at d10e? What about your side-event?

A group of our developers went to Europe in 2015 at the FOSDEM event in Brussels and presented OpenBazaar, and we were able to connect with lots of great people there. We hope our Amsterdam trip will do the same. We’re excited to present OpenBazaar to the decentralization community and get as many people on board as we can. Our event gives us the opportunity to have more time to present the current state of the project and take more in-depth questions, as well as letting members of the OpenBazaar ecosystem present what they are working on. We also plan to have a community coding session where we tackle OpenBazaar development together.

Openbazaar’s release target is early 2016. Can you give a smaller window at this point in development?

We’re not giving any specific dates. We don’t want to disappoint anyone; We will release it when it is ready. Since it’s open source, anyone can view the current state of the code on our Github repositories. You’ll notice that it’s already usable for most of what people need in an online marketplace. If you want to learn more, you can join our Slack group and ask to help test.

In it’s current state, the front-end app is very user-friendly. Will there be outreach to help incentivise early adoption?

We’ve spent a lot of time making OpenBazaar user-friendly. Lots of Bitcoin applications have the ability to do technically challenging (and valuable) things, but often have difficulty finding adoption because they are not easy to use. We will have materials ready at launch to help inform users (and developers) on how to use the platform, though we hope the design is intuitive enough that they mostly will not be needed. In the early stages of OpenBazaar, we will rely more on the Bitcoin community and word of mouth to promote adoption to ensure that people genuinely find it useful. We want to bring decentralized markets to the mainstream, and our first release is only the beginning of that process.

Your program is cross-platform and built on node.js; are there plans to port OpenBazaar to mobile?

Yes. OpenBazaar will be available on mobile eventually.

What weaknesses would you like to address in future versions of the software?

Existing centralized marketplaces like Amazon and eBay have had decades to build up an impressive suite of features for their users. Our first release has the advantage of 0% fees and using Bitcoin, but it will be a long time before we are as feature-rich as the big platforms. One of the weaknesses of the decentralized approach is the fact that if a store goes offline, it’s listings aren’t available to the rest of the network. We’re considering using IPFS or something similar to allow stores and listings to be cached and available offline.There are probably some weaknesses that we won’t even know about until we’re launched and have lots of people using it. We’ll be fixing those as they present themselves.

What other major features would you like to see come to OpenBazaar proper? What about point-of-sale integration? Payment processor hooks?

There are dozens of features that we’ve had to shelve to get the first release out and not be stuck in development forever. This isn’t a publish-and-done deal; we will be continually introducing new releases with new features after the initial release. The current developers aren’t the only people building on OpenBazaar either. We’re excited to see what other people build using the protocol and network.

Are there plans to support altcoins in future builds?

No specific plans. Ideally, any altcoin with multisig could be used, but in the current design, it’s Bitcoin-only.

As OpenBazaar matures, my personal use of the early builds inspires a lot of confidence. I encourage anyone interested in bitcoin commerce to take a look on release. Success in decentralized services outside of Cryptocurrency are testaments to not only the value of Bitcoin but the Blockchain model and to the effectiveness of empowering individuals to act on their own. Bitcoin is open source in nature and the more open solutions that bring it into the hands of the average person, the better.

Will you try OpenBazaar out on release? Be sure to let us know in the comments!