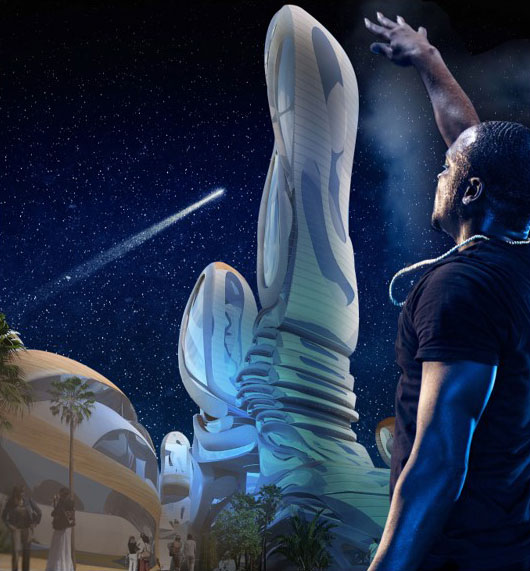 Senegalese-American singer, songwriter Akon became the talk of the town in 2018 when he unveiled plans for a 2000 acre crypto metropolis located 60 miles south of Senegal’s capital Dakar.

Fast forward to today, and recent reports show a distinct lack of progress with the project. Ugandan author Charles Onyango-Obbo said one year on from Akon laying the foundation stone, and the site remains largely grassland.

“A year after singer Akon laid the first stone of the $6 billion futuristic city in Senegal, the site remains grassland. The stone sits at the bottom of a dirt track; a small placard advertising the megaproject has – perhaps symbolically – fallen off it.“

With this in mind, some are calling the project a large-scale scam, more worryingly, one grand enough to hoodwink the Senegal government.

But, given Akon’s profile, others cling to the idea that the dream is still alive.

What Do The Locals Say?

The AFP news agency ventured to the site area to get the scoop from locals on the matter. Unfortunately, those living nearby had no clue about what was happening. Some even wondered whether developers had canceled the project altogether.

Badara Diakhate, the Deputy Mayor of the local commune, said he doesn’t know the reasons for the delays. Nonetheless, he expressed urgency in that “people want things to get going.”

Similarly, Jules Thiamane, who works in the local tourist industry, said many promises were made. But so far, nothing has materialized. Making this crypto utopia a massive disappointment for everyone banking on the project.

“They laid the foundation stone with a lot of speeches and promises. Compared to everything that was announced, I don’t think we have seen much yet … What is shared in the village at the moment is the beginning of disappointment.”

Some speculate the pandemic and the global lockdowns that followed were significant factors in all of this. However, people want to know whether Akon City was a scam from the start.

Akon’s crypto city was budgeted to cost $6 billion to build, a sizeable sum in its own right. But even more significant, considering Senegal’s total expenditure budget for 2020 came in at $7.5 billion.

Paul Martin of KE International, the firm that won the construction contract, named Kenyan entrepreneur Julius Mwale as the lead investor. But Martin refuses to disclose information on the other investors for reasons of confidentiality.

Nonetheless, so far, $4 billion towards the project has been raised. And Martin said construction is due to start next month in October. Which, if it does, will go a long way towards restoring confidence in the project.

Martin explained the year-long delay, following the laying of the foundation stone, by saying it was necessary to complete the paperwork side of the operation and to recruit sub-contractors.